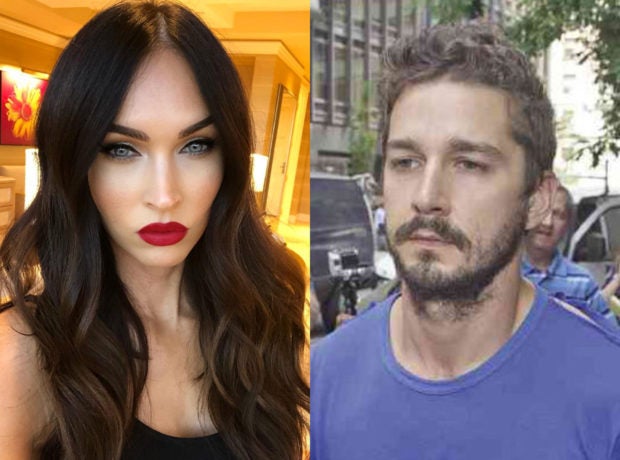 Image: Instagram/@meganfox, LaBeouf. Disturbing incidents have made some fans worry about his current state of mind. AP

Actress and model Megan Fox admitted she indeed had a “romantic relationship” with “Transformers” co-star Shia LaBeouf, seven years after the actor implied that they dated while filming “Transformers” in 2007 and “Transformers: Revenge of the Fallen” in 2009.

“I mean, I would confirm it was romantic,” Fox said during the game of “Plead the Fifth” on an episode of “Watch What Happens Live with Andy Cohen” uploaded via YouTube on Nov. 29. “I love him. I’ve never been like really private about that. I love him.”

Cohen posed the question seven years after LaBeouf’s confession to Details magazine in 2011 that they had a thing while filming the movie franchise.

“So it was like an on-set romance that didn’t go anywhere afterwards?” Cohen asked. Fox nodded her head and said “Yeah.”

Model Tyra Banks, who was also a guest of the show, supplied the word that would encapsulate LaBeouf and Fox’s brief romantic relationship: a “showmance.”

While fans of LaBeouf and Fox were hoping the two be given a chance to rekindle their love, the possibility of the two getting back together seems impossible. Fox is still happily married to her husband actor Brian Austin Green, while LaBeouf is currently dating singer-songwriter FKA Twigs. Kate Matriano/JB