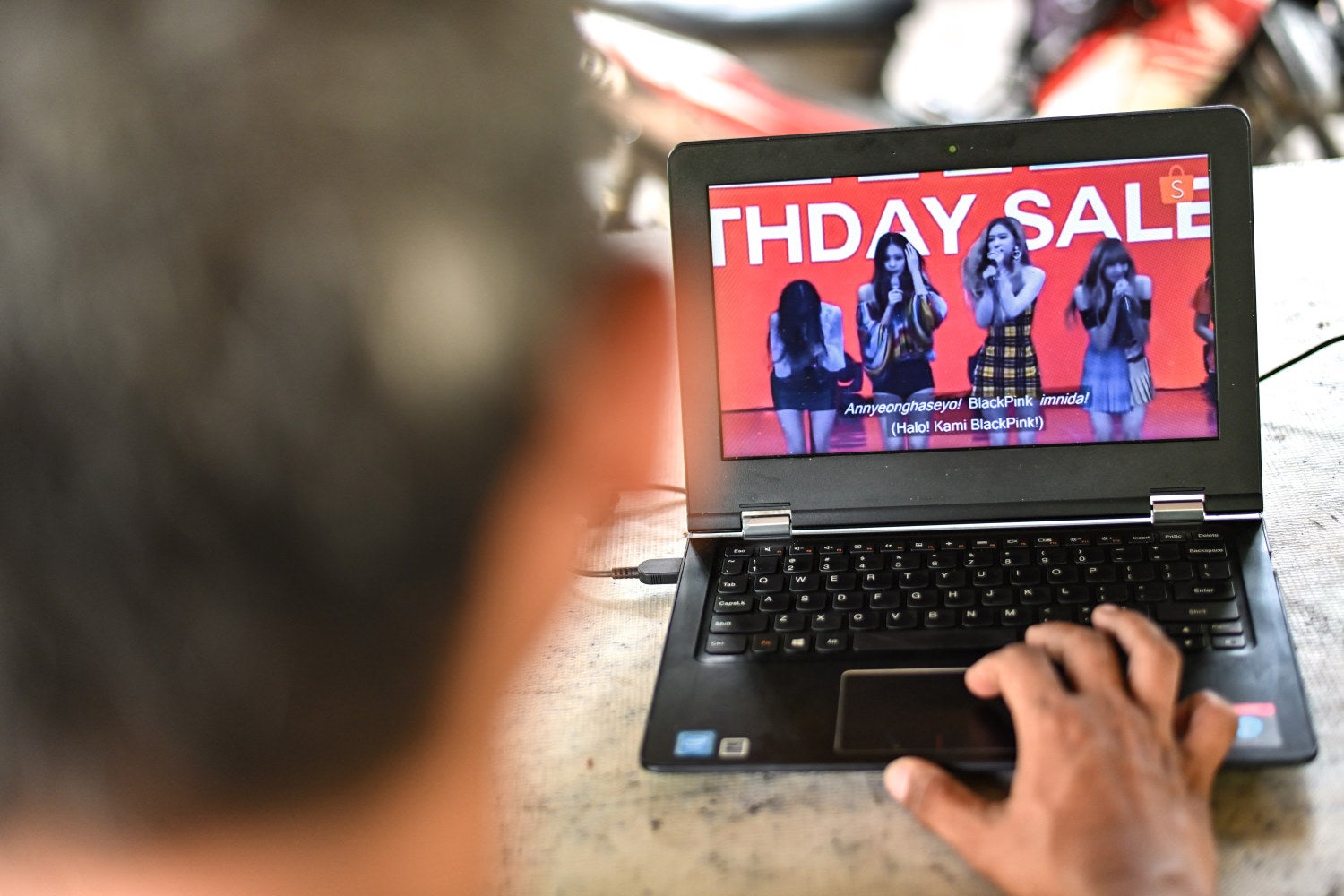 A man watches a commercial featuring K-pop supergroup Blackpink on his laptop in Jakarta on December 12, 2018, after the advertisement was banned by the Indonesian Broadcasting Commission. – A television ad featuring K-pop supergroup Blackpink’s members wearing mini-skirts has been banned from Indonesian airwaves, prompting a furious online backlash from netizens. The Indonesian Broadcasting Commission late on December 11 ordered 11 TV stations to yank the commercial, saying it was indecent. (Photo by Bay ISMOYO / AFP)

JAKARTA – A television ad featuring members of K-pop supergroup Blackpink dressed in miniskirts has been banned from Indonesian airwaves, prompting a furious backlash from fans.

The order followed a petition signed by more than 100,000 people asking the commission to cancel the ad – which in turn sparked a tit-for-tat campaign calling for the expulsion of the woman who launched the original petition.

“Companies need to be careful when they’re making a commercial that they don’t associate their product with something Indonesians see as negative,” commission head Hardly Stefano said in a statement Tuesday.

Shopee called the commission’s remarks “very valuable input” but added the ad had been green-lit by another government agency prior to its airing.

The decision to ban the ad was widely panned by Blackpink fans in Indonesia.

“This is too much – you can see women dressed that way in any mall in Indonesia,” Disna Harvens told AFP. “It’s not vulgar at all.”

They also stand out in a K-pop industry largely dominated by boy bands. /kga