NEW YORK (AP) — “Black Panther” has, in a way, already been to the Oscars.

Much of the film’s cast was eagerly highlighted at March’s ceremony: a welcome splash of blockbuster luster at an Academy Awards that largely lacked it. “Black Panther” had at the time already been in theaters for a few weeks, leading host Jimmy Kimmel to note:

“This is a night for positivity and our plan is to shine a light on a group of outstanding and inspiring films, each and every one of which got crushed by ‘Black Panther’ this weekend,” said Kimmel while much of the audience either laughed or winced. (On Oscar Sunday alone, “Black Panther” grossed $19.9 million.)

As Hollywood’s awards season properly gets underway, “Black Panther” is poised to return to the Academy Awards, but this time as a nominee — and potentially a major one. Ryan Coogler’s superhero sensation has already notched countless records, pulverized box-office myths and set new marks for inclusivity. And now, “Black Panther” is in line to shatter Oscar norms, too. 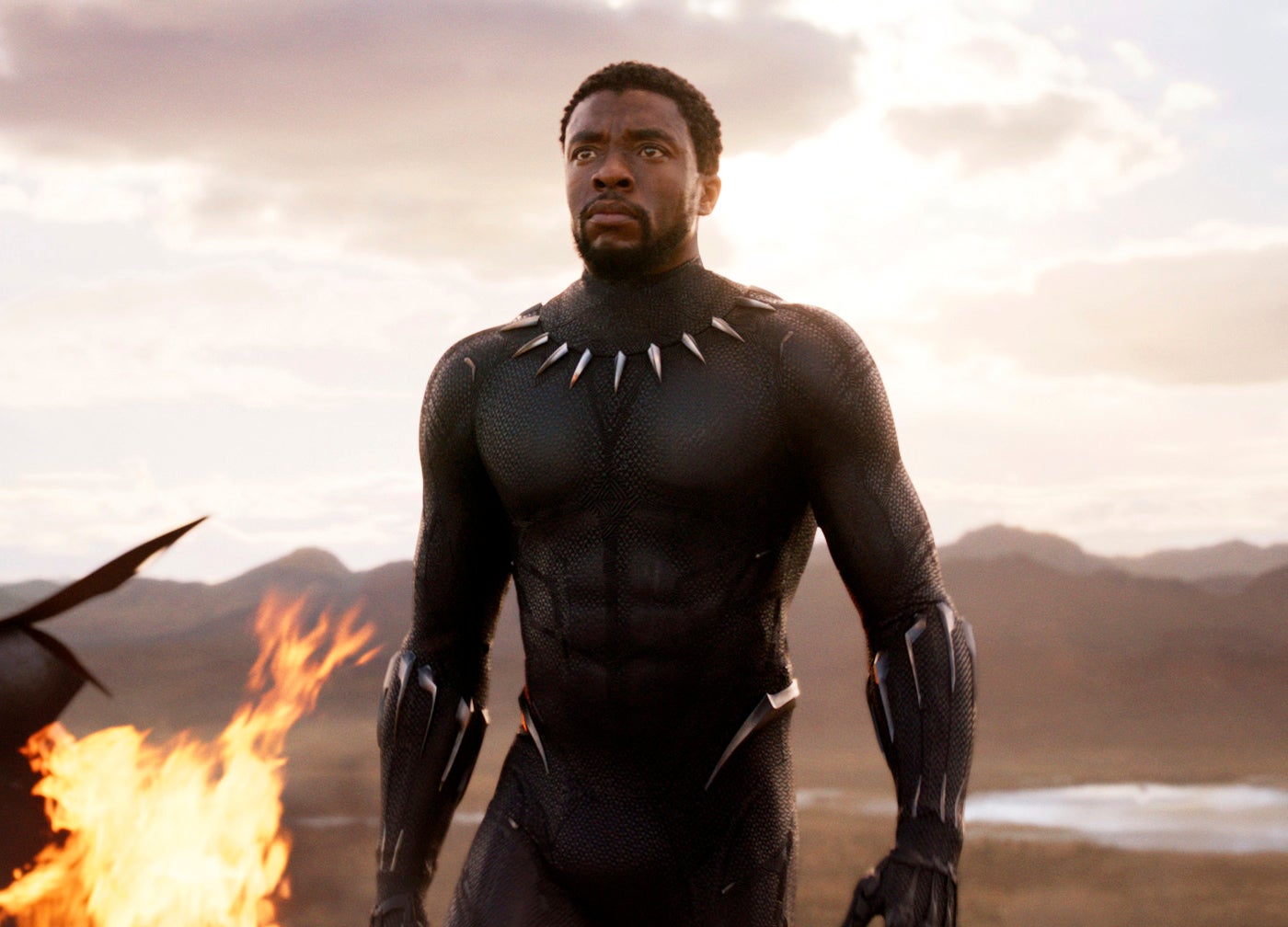 This image released by Disney and Marvel Studios’ shows Chadwick Boseman in a scene from “Black Panther”. Image: Marvel Studios/Disney via AP

All of this year’s contenders have by now screened, and Oscar prognosticators generally have “Black Panther” in, comfortably, as a best picture nominee. Both the pundit survey “Gurus of Gold” and Hollywood Reporter awards analyst Scott Feinberg place “Black Panther” fifth, behind front-runners “A Star Is Born,” ”Roma,” ”Green Book” and “The Favourite.” Gold Derby slots “Black Panther” in at No. 7, still easily within the category’s range of up to 10 nominees.

Much is still in flux in the Oscar race ahead of Thursday morning’s Golden Globes nominations. But unless something drastic happens, “Black Panther” will next month become the first comic book film to be nominated for best picture and easily Marvel Studios’ most significant Oscar contender ever.

That’s very good news for ABC’s Feb. 24 telecast which is coming off an all-time low of 26.5 million viewers. Some 55.2 million watched “Titanic” sweep the 1997 Oscars, and producers have long harbored dreams of another big-tent blockbuster pulling viewers to a broadcast increasingly dominated by independent films like “The Shape of Water,” ”Moonlight” and “Spotlight.” Usually, bigger movies mean bigger ratings.

For the makers of “Black Panther,” it’s a new chapter for a film — with more than $1.3 billion in ticket sales, the third-highest all-time domestic gross and the biggest box-office hit ever directed by a black man — that has already filled record books. What does Coogler think of “Black Panther” as an Oscar movie? 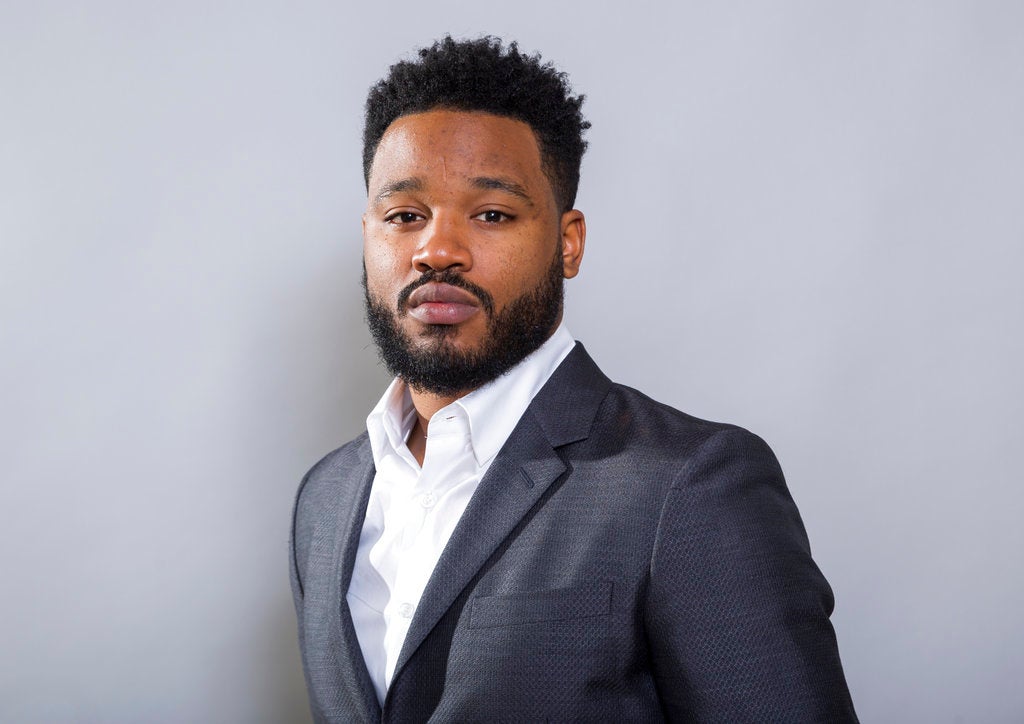 “Fortunately, I don’t have to think about it that much,” the 32-year-old filmmaker of “Fruitvale Station” and “Creed” said in an interview. “I’ve grown to have close relationships with my collaborators, so I care about the craftspeople who work on the film and the actors who work on the film. Because of those relationships, I’m happy when they’re happy. It’s always nice when people are recognized for their work. But beyond that, I really don’t worry about it.”

Yet few films will be watched more closely through awards season than “Black Panther,” which is also in the running for Ruth Carter’s costume design, the cinematography of Rachel Morrison (who last year became the first woman ever nominated in the category), Hannah Beachler’s production design, Coogler’s direction, the script by Joe Robert Cole and Coogler, Kendrick Lamar’s song “All the Stars” and Michael B. Jordan’s supporting performance.

“Black Panther” has already been at the center of the uproar over the Academy of Motion Picture Arts and Sciences’ short-lived plans to institute a “best popular film” category. The academy’s move was intended to rope in more box-office hits to the broadcast, but critics said such a category would potentially ghettoize films like “Black Panther” from the prestigious honor of best picture. (Coogler declined to address the category’s scuttling.)

While superhero films have dominated multiplexes for the last decade, the Oscars have been famously resistant to them. Ten years ago, “The Dark Knight” earned eight nominations but missed out on best picture, prompting the film academy to expand the category the following year.

Many of the academy’s members resent how superheroes have come to dominate the industry, but there have been some signs lately that anti-Marvel sentiment is ebbing. Last year, while “Wonder Woman” failed to earn a nod, the Wolverine sequel “Logan” became the first superhero film nominated for best adapted screenplay . This year, best animated film may also be a superhero battle, with “Incredibles 2” and “Spider-Man: Into the Spider-Verse” among the favorites.

But the awards campaign for “Black Panther” is predicated less on its superhero DNA than on its cultural impact and on its personal nature as, despite its budget, an auteur film by one of the most widely respected young filmmakers in Hollywood. “Black Panther” last week for a day played for free in arthouse theaters nationwide in an event put on by Art House Convergence and Film Comment.

For Coogler, making “Black Panther” couldn’t be more personal. It was a journey in finding his own connection to Africa. While developing the script, he visited South Africa, Kenya and the Kingdom of Lesotho — a tiny nation that inspired Coogler’s Wakanda.

“In simple terms, the film is what brought me to the continent,” says Coogler. “It was kind of a lifelong thing just to get there and see it. The thing that I found was a sense of identity as an African person. I found in those trips and through that research a definition for myself of what it means to be African. That was a question I was seeking as a filmmaker.”

Coogler had a sense he wasn’t alone in wanting that connection, that others felt a need for it, too. “But,” he says, “I could never imagine to the extent that it did.”

“Black Panther” arrived to feverish enthusiasm and debuted in the most resplendent and regal Hollywood premiere of the decade. It has been called “a defining moment for Black America,” pop-culture myth-making at its best and the best big-budget studio epic in ages. Parents took their kids and kids took their parents in a groundbreaking generational event. Theaters were rented out. It was the No. 1 film at the U.S. box office for five straight weeks.

“We always saw it as a film to watch with your loved ones, with your friends and with strangers, in communal settings,” says Coogler. “People are still interested in doing that and it feels fortunate.”

In a year where Netflix has a formidable Oscar contender in Alfonso Cuaron’s “Roma,” and fears of the diminishing of the theatrical experience pervade the industry, that may be the most appealing reason for academy members to vote for “Black Panther”: It proved the still-vibrant, earth-shattering power of the movie theater. Black Panther, to the rescue. NVG

‘Black Panther,’ ‘A Star Is Born’ among AFI Awards honorees

Michael B. Jordan, now a Hollywood heavyweight, punches up