Are Jodi Sta. Maria and Jolo Revilla back together? 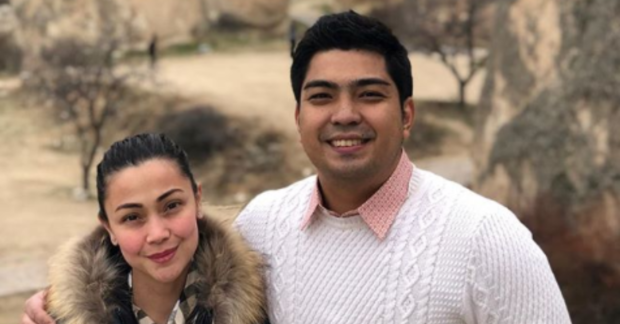 It was back in June when speculations surrounding Jodi Sta. Maria and Jolo Revilla’s breakup surfaced, thanks in part to the latter’s birthday message that seemingly carried a somber tone and a cryptic hugot (sentimental) post on Twitter. Revilla, then, was absent in Sta Maria’s birthday celebrations and made his message known through Instagram.

His love for Sta. Maria, however, seemed to never have waned, as he admitted back in July that he still loves her. Today, however, many of the couple’s fans may delight and find hope in the thought that the two may be back together — as per columnist and talent manager Lolit Solis.

Solis took to her Instagram on Dec. 2 where she shared the news that Sta. Maria and Revilla may be back together.

(Their influence on each other is good, they looked good together and they have been together for the longest time that they are comfortable with each other.)

(Their children share a beautiful bond with each other and they both love their children).

Solis’ claims could not get any truer, as Sta. Maria has treated Revilla’s son Gab as if he were her own. Back in February, she shared a picture of her enjoying a painting session with son Thirdy and Gab, and called the two “my boys.”

The veteran talent manager and columnist added that if the two are meant to be, then it would happen. “Kung hindi wala tayo magagawa. But let it flow naturally, huwag hadlangan, huwag kontrahin, huwag din itulak. Hayaan lang silang dalawa. Either fate will work, or it won’t.”

(If they are not [meant to be], we cannot do anything. But let it flow naturally, do not prevent it nor fight it, but do not push it also. Let the two be. Either fate will work, or it won’t.)

Revilla, on his end, has since shared back in October that perhaps, he and Sta. Maria just both need time. He also said that when it comes to finding love once more, he must love himself first before anybody.

“Dahil syempre paano ka magmamahal ng iba kung hindi mo mahal ang sarili mo?” (Because of course, how will you love someone else if you don’t even love yourself?) NVG