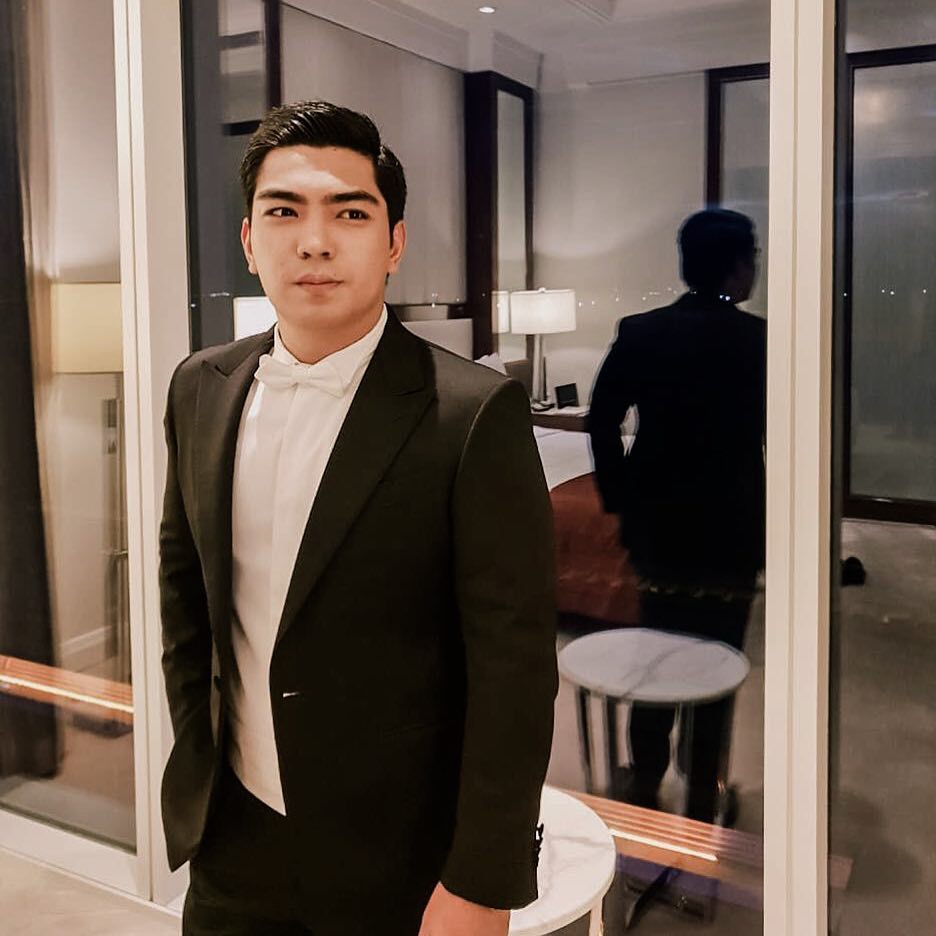 Revilla had been playing around with Instagram Story’s Ask a Question sticker when a follower asked,  “Do you still love jodi?”

The actor and Cavite vice governor answered confidently, “Yes! She brought out the best in me.” 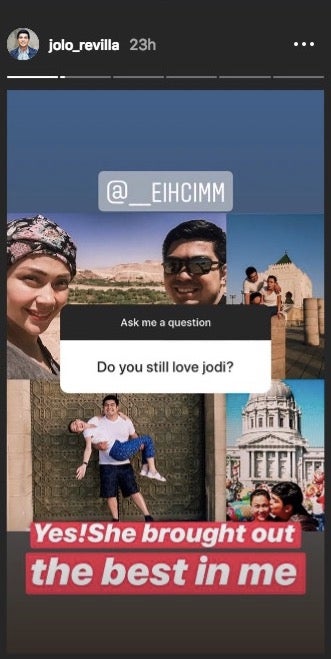 Whether this means they are still in a relationship or is simply a loving gesture of respect toward someone who affected his life positively remains uncertain.

Social media posts from Revilla in June sparked speculations about his breakup with Sta. Maria. The two celebrities have yet to confirm the reports, but there has been some noticeable change in their social media posting habits. Revilla was previously very open in proclaiming his affection for Sta. Maria in various posts.

Last December, Revilla openly referred to Sta. Maria as his “soon to be wife.” In response, Sta. Maria admitted to giving her heart to Revilla during an interview on “Tonight with Boy Abunda” in January.

In February, Sta. Maria shared a snapshot of herself with son Thirdy and Revilla’s son Gab whom she both referred to as “my boys.”

However, Revilla appeared to be absent during Sta. Maria’s March birthday celebration based on their social media posts at the time.

Save for this Instagram Story update, the most recent social media posts from Revilla and Sta. Maria have not included each other. /ra