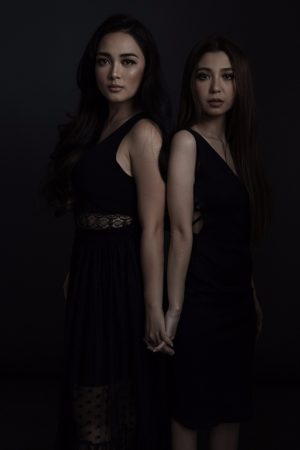 Viva Films presents “Jacqueline Comes Home (The Chiong Story),” a gripping crime drama based on the controversial real-life rape and murder case of the Chiong sisters which happened 21 years ago in Cebu.

Showing in cinemas on July 18, the movie stars Donnalyn Bartolome as Marijoy and Meg Imperial as Jacqueline. It marks the directorial debut of Ysabelle Peach Caparas (Direk Peach), with story and screenplay by her father, Carlo J. Caparas, who is also the movie’s assistant director.

Jacqueline and Marijoy are typical young women fortunate to belong to a loving family. They enjoy the freedom to go out unchaperoned, and in the case of Marijoy, to be in a relationship. Jacqueline, though she is older, does not mind being single, and actually prefers being in the company of their beloved parents, Dionisio and Thelma.

But the ordinariness of their situation ends on July 16, 1997. On that rainy evening, the sisters are snatched from a waiting shed, dragged into a vehicle, and transported to a godforsaken place where they eventually suffer inhumane acts in the hands of six evil men.

The next day, their parents are the ones to experience indescribable agony at the sight of Marijoy’s lifeless body while Jacqueline is nowhere to be found.

When such tragedy strikes a family, what happens to those left behind?

The ordeal that the Chiong family had to go through in search for justice is captured in the performances of Joel Torre and Alma Moreno.

Ryan Eigenmann takes the role of one of the perpetrators. Before doing the rape scene, the actor showed his respect to the two lead stars by asking what actions would be unacceptable for them. Meg and Donnalyn, on the other hand, showed professionalism by not putting any limitations and giving Direk Peach and Ryan their full trust that everything will be done according to what the scene requires.

Direk Peach has shared in an interview that she created this film in a way that it is open for interpretation. She also said that her mother, the late Donna Villa, had always wanted to produce this film.

“Jacqueline Comes Home (The Chiong Story),” a movie that comes from the heart of all involved will pierce the hearts of many. Catch it on July 18 in cinemas nationwide.