Missy Elliott on Songwriters Hall nod: ‘I feel so blessed’ 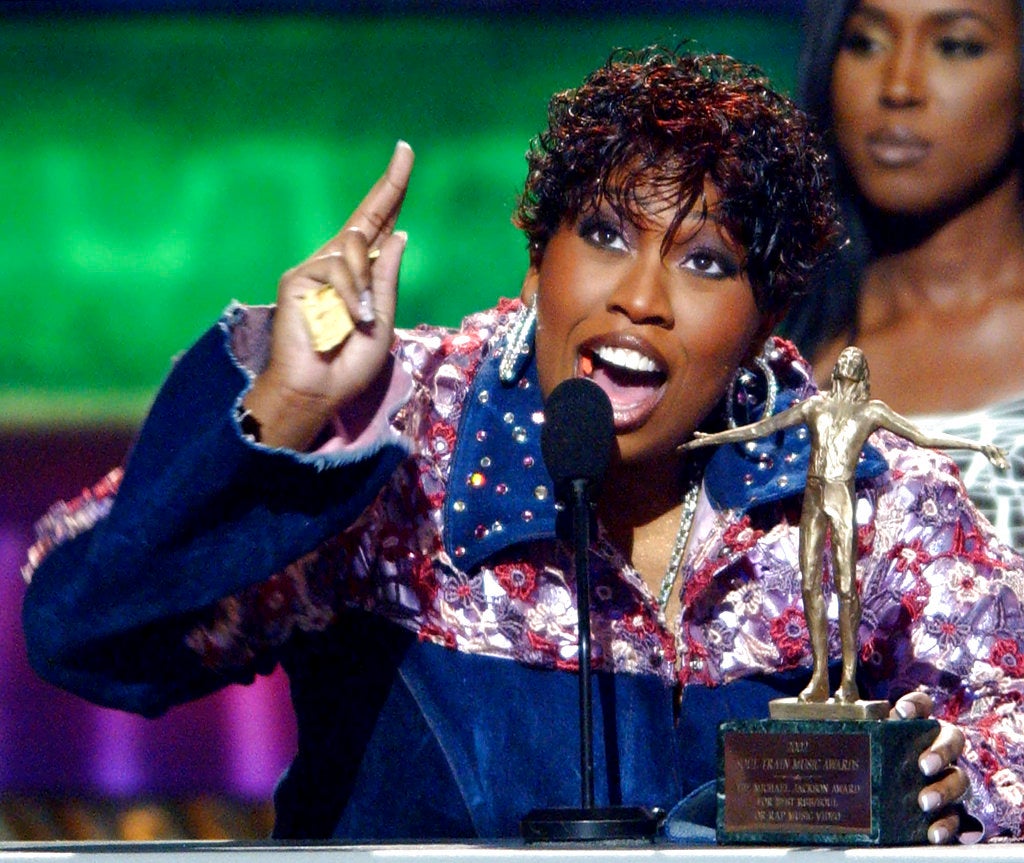 In this March 20, 2002 file photo, musician Missy Elliott accepts The Michael Jackson Award for Best R&B/Soul or Rap Music Video for “Get Ur Freak On,” at the 16th Annual Soul Train Music Awards in Los Angeles. Image: Lucy Nicholson / AP

NEW YORK (AP) — For Missy Elliott, being a good friend and listener turned into songwriting gold.

Conversations with her girlfriends fueled a great deal of her songwriting, Elliott said, resulting in her turning those stories into smash hits, from Monica’s “So Gone,” a No. 1 R&B success, to Fantasia’s “Free Yourself.”

“I would be around friends and a lot of times (and) everybody’s just laughing and playing, but I would listen to the stories and use those in songs because they were like everyday topics for the girls that I hung around (with),” Elliott said in an interview with The Associated Press this week. “They didn’t know that, but I was just sitting there like, ‘Wow, that’s a song.'”

Elliott could probably write a song about anything. Her wild, eccentric style and creative lyricism make her one of music’s best storytellers and recently earned her a nomination for the prestigious 2019 Songwriters Hall of Fame class. She could be the first female rapper to enter the organization and the third overall rapper after recent inductees Jay-Z and Jermaine Dupri.

“I feel so humbled and truly blessed to be even nominated — that’s huge,” she said.

The rapper-songwriter-producer-singer has a number of Top 10 pop hits, ranging from her own songs with “Work It,” ”Get Ur Freak On” and “Lose Control” to tracks she has written for others, including Ciara’s “1,2 Step,” 702’s “Where My Girls At,” Tweet’s “Oops (Oh My),” Total’s “Trippin'” and Nicole Wray’s “Make It Hot.” She even produced Keyshia Cole’s anthem, “Let It Go,” which reached No. 7 on the Billboard Hot 100 chart, and produced the 2001 remake of “Lady Marmalade” with Christina Aguilera, Pink, Mya and Lil Kim, which hit the No. 1 spot for five weeks and won a Grammy Award.

“It’s been amazing to give them a voice,” Elliott said of writing lyrics for other female performers.

“We build a friendship beyond music, but I’m always humbled that they trust me. And I always ask them, before doing a song, what are you going through?” added Elliott, who has also written for Whitney Houston, Beyonce, Aaliyah, Janet Jackson, Mary J. Blige and Jazmine Sullivan. “Of course, I got tons of records, but it’s good when you can custom-make something specifically for that artist.”

Elliott said it can be harder when it comes to writing for herself. The girl who used to sing loudly outdoors with a hairbrush as her microphone and wrote lyrics on her bedroom walls said “the expectations that I have on my own self are extremely high, so it’s always tough for me.”

But don’t fret, the superstar is still cooking up new music: “I have fresh talent coming in helping because I’ve done so much (and) sometimes you need fresh energy to come in.”

“I had got to a place where it felt more like a job than fun and now it’s fun again,” she added.

She said she’s hoping to collaborate with other artists, naming Andre 3000, Kendrick Lamar, Erykah Badu, H.E.R. and Tierra Whack as some of the folks she’d like to spend time with in the studio. She’s also interested in working with people who aren’t famous and successful.

“I like to catch people when people have kind of written somebody off because that’s always challenging. It keeps me going … because you can’t tell how dope you are if the person is already on fire. It’s catching them when they not so big, or when they on their way out,” she said. AB