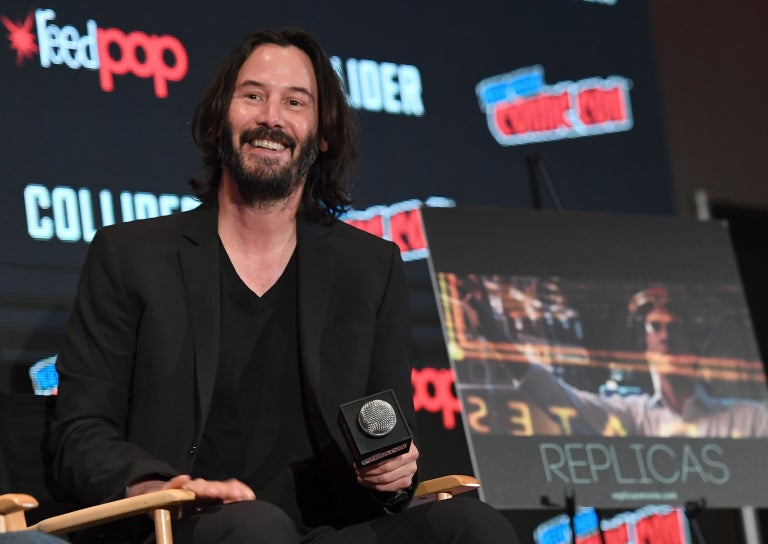 The voice of Buzz Lightyear, Tim Allen, has revealed that the “Matrix” star has joined the cast of “Toy Story 4”. It isn’t yet clear which character Keanu Reeves will voice in the upcoming animation, but, according to Tim Allen, it’s “a great part.”

Appearing as a guest on “The Tonight Show Starring Jimmy Fallon”, Wednesday, Nov. 21, the actor Tim Allen revealed that Keanu Reeves has joined the cast of stars voicing characters in “Toy Story 4”. The actor, who voices Buzz Lightyear, said: “Keanu Reeves has got a great part.”

Tim Allen gave viewers a little insight into the kind of character the “Matrix” star could voice. “Actually, a little inside story [about Reeves]: Even he said — gentle, wonderful guy that he is— ‘This sounds too much like Buzz Lightyear.’ And his character does have an edge to that. And the guy said, ‘So we calmed him down a little bit,’ and they reminded me his toy is only that big,” the actor said, indicating a small-sized toy with his thumb and finger.

“Toy Story 4” will be Keanu Reeves’ first animated voice role for a major studio production. This fourth installment follows Woody and the gang in their new home with Bonnie. When she adds a reluctant new toy called “Forky”, voiced by Tony Hale (“Veep”), to her collection, a road trip adventure with old and new friends shows Woody just how big the world can be for a toy.

The movie is slated for June 21, 2019, release in United States theaters and sees Tom Hanks reprise his role as the voice of Woody. JB