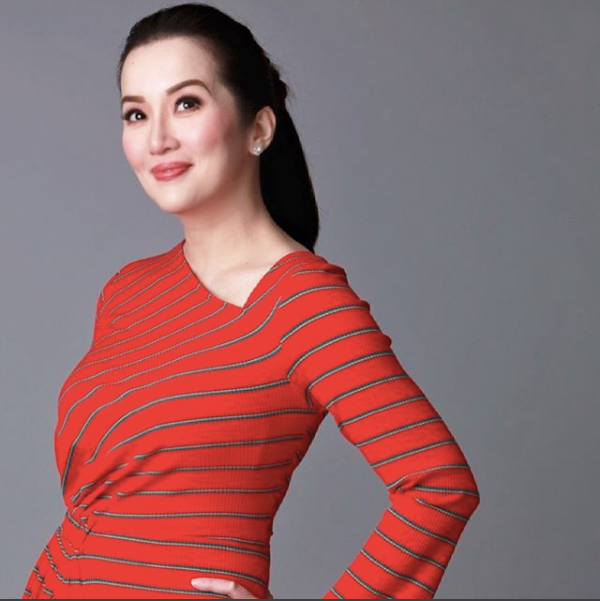 Although Kris Aquino is determined to seek justice for what Jesus Falcis did to her, she showed compassion by refusing to say anything bad about him.

The Queen of All Media filed a complaint on Thursday against the lawyer for violating Republic Act 10175, or the Cybercrime Prevention Act of 2012, specifically cyber libel.

Falcis’ brother Nicardo was also slapped with several complaints such as qualified theft and violation of Republic Act 8484, or the Access Devices Regulation Act. These were filed at the Prosecutor’s Office in the cities of Mandaluyong, Taguig and San Juan.

Despite what Aquino went through with Jesus, she told a netizen going by @umhanrivera that she refuses to throw insults against him. This started when the netizen said, “Turuan ng leksyon ‘yang abugadong imburnal ang bunganga! Laban Madam Queen @krisaquino! (Teach that foul-mouthed lawyer a lesson! Fight Madam Queen!)” on her Instagram page.

Replying to the netizen, Aquino said she never referred to Falcis “in a derogatory manner,” and also not only him, but also her other followers to refrain from “improper language.”

“Justice is won on truths, not through insults,” she told the netizen. “I appreciate your supportive message but I don’t want us to become like them.” 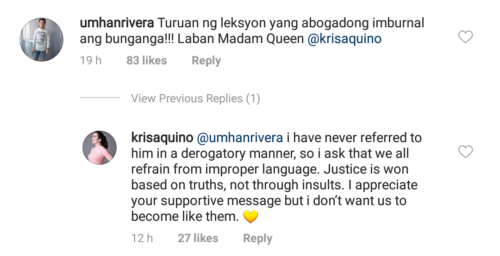 While one netizen got support from her, another named @iamgeorgesrn criticized Aquino, saying she would just put her millions to waste. “Use all of them to sue everyone that go against you and tells the truth about you,” she said.

Aquino did not back down, telling her, “If I did not fight for the protection of my credibility, then I am complicit to the degradation of my dignity.” 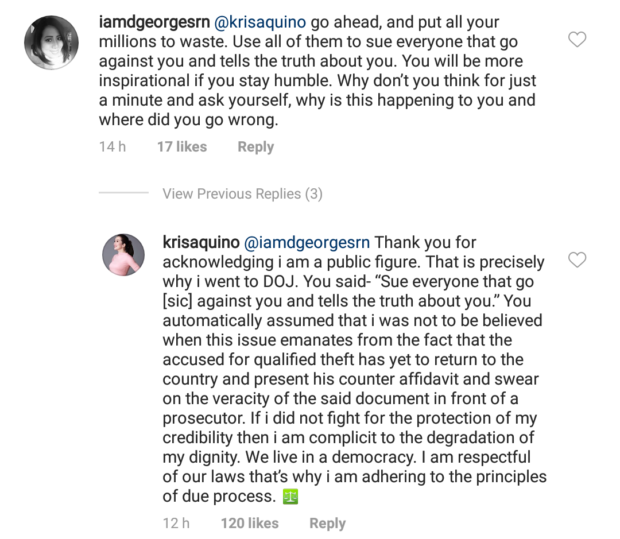 Previously, she said that her row with Nicardo, her former business partner, could have been fixed since her camp “attempted” to settle the row “six times.” Meanwhile, Falcis defended his brother and told Aquino, “You stole my brother! All because of your vindictiveness against him for leaving you.”  /ra

Lawyer Jesus Falcis to Kris Aquino: ‘You stole my brother’

Read Next
Andi, Jake express ‘infinite’ love for daughter Ellie
EDITORS' PICK
vivo brings to the Philippines a powerful smartphone with a slimmer body, the vivo Y02s for only PHP 6,499
Apple warns of flaw that lets hackers into iPhones, Macs
46% of schools nationwide to have full face-to-face classes on Aug. 22
House energy committee chair Arroyo bats for cheap electricity
What to watch out for when selecting a video surveillance solution
Heads may roll at BOC, says Palace if sugar smugglers are allowed to use recycled import permits
MOST READ
DepEd to give teachers P5K cash allowance within first week of classes
Dressing the dead: Indonesian villagers clean corpses in afterlife ritual
DOJ indicts bank officer in $2.1 billion Wirecard fiasco
Mayor bares issues vs closed QC school
Follow @KHallareINQ on Twitter
Don't miss out on the latest news and information.