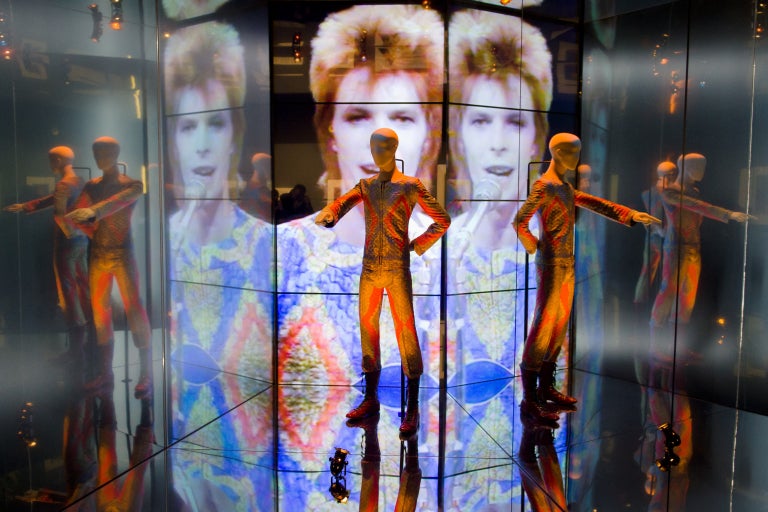 An app replicating the experience of the record-breaking “David Bowie is” exhibition is set to launch in January.

First announced in July, the app promises a digital experience taking viewers through an exhibit of Bowie’s work and artifacts from his life.

The team behind it has now revealed that on Jan. 8, 2019 (what would have been Bowie’s 72nd birthday), the “David Bowie is” AR app will be available for iOS and Android.

The app will grant access to the show’s hundreds of costumes, videos, handwritten lyrics, original works of art and more, along with dozens of items not featured in the original exhibition.

The AR version will mirror the physical exhibition through a sequence of audiovisual spaces where the works and artifacts of Bowie’s life can be explored, with 3D renderings of his costumes and objects such as musical scores, storyboards, handwritten lyrics and diary entries seen in 360 degrees.

A virtual reality version, slated for a later release, will enable visitors to spend as long as desired on individual items and jump to others. Both the AR and VR versions will be offered in seven languages.