Vice no longer hiding ‘friendship’ with Calvin: We’re happy with what we have | Inquirer Entertainment
Close
menu
search

Vice no longer hiding ‘friendship’ with Calvin: We’re happy with what we have 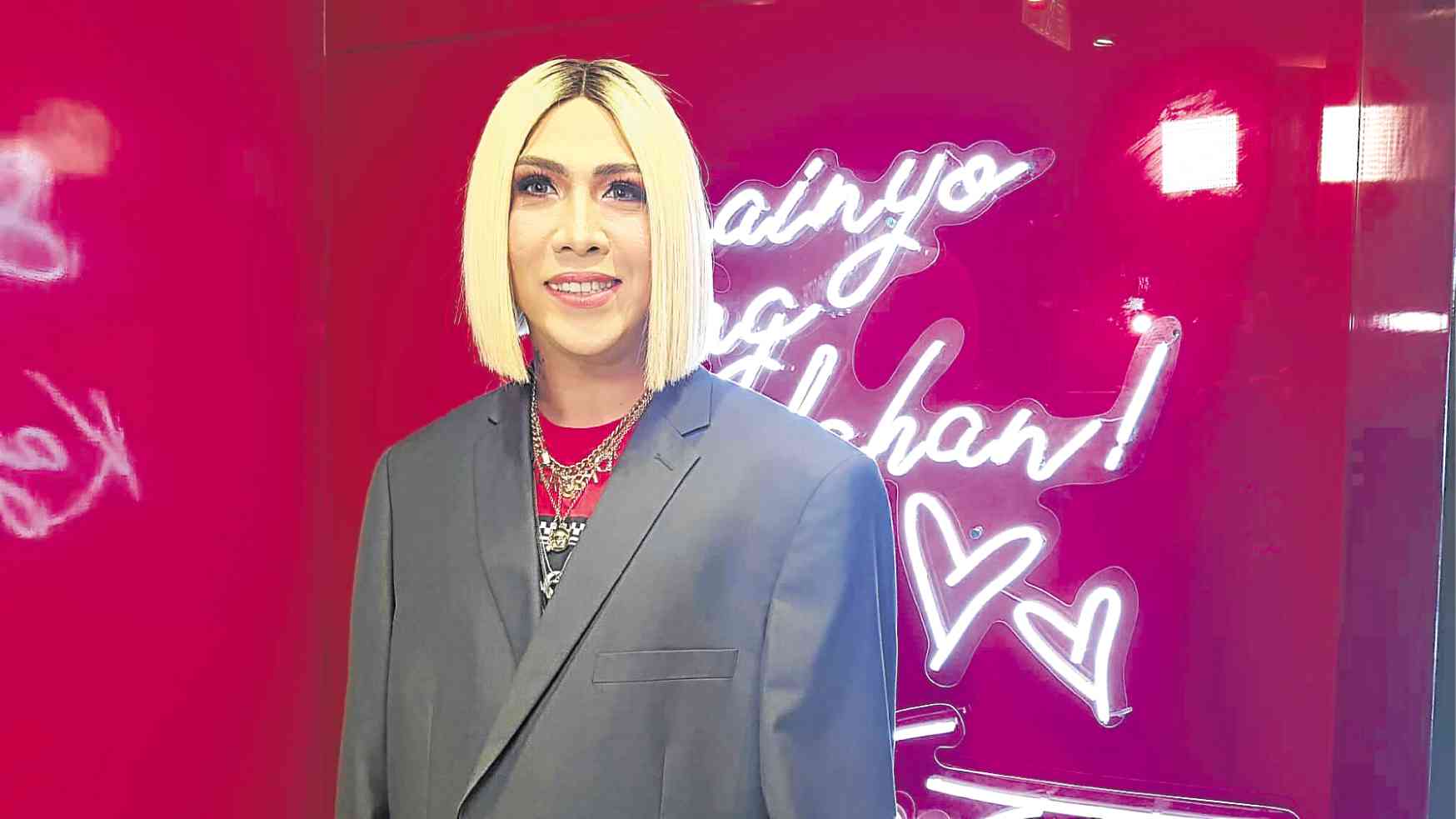 What’s wrong with that?” asked comedian-TV host Vice Ganda when sought for comment about his closeness to basketball player Calvin Abueva.

Vice, however, was careful not to call this anything other than friendship. “We’re not exclusively dating. I’m not that clingy. I don’t mind sharing him with other friends. Friendship is love,” he pointed out.

“Calvin is the only guy who is proud to be friends with me,” Vice told reporters on Saturday at the opening of the flagship store of his Vice Cosmetics at Market! Market! in Taguig City.

“This is why I’m more open to talking about him publicly. I was proud of my ‘other’ [guy] friends, too, but I tried to protect them from public scrutiny. If they don’t feel comfortable [to be identified with me], I don’t pressure them,” the comedian explained. “Right now, I can say that Calvin and I are happy with what he have.”

Vice said he appreciated that Calvin was very open and didn’t mind being associated with him. During a game, the Phoenix Fuel Masters guard once winked at Vice after scoring a point, an online report said. Calvin even cooked his specialty adobo and had it sent to the set of the noontime variety program “It’s Showtime!,” where Vice is one of the hosts. The comedian called Calvin to thank the latter on air.

Vice was also thankful for the positive feedback from netizens. “I’m glad people are genuinely happy for me. I feel the support, especially online. I think it’s high time that people become more welcoming and understanding,” he added. “Why do some people feel revolted by this? Is there anything dirty about it? More and more Filipinos embrace this kind of friendship now.”

Asked how Calvin makes him happy, Vice replied: “His friendship is enough to make me happy, as well as my good relationship with his family. They’re nice to me. I’m more at peace now, unlike before when I would hang out with my past ‘friends.’ I was always scared that people would see us. We were always hiding. If Calvin is OK with me being around, I shouldn’t be bothered, too.”

He described Calvin as “a very thoughtful friend. He’s the type who is touchy-feely. He’s funny and boisterous. We’ve been friends for a while, but we just weren’t this close.”

Vice said he also liked the fact that Calvin was “very secure” of himself. He then recalled another incident with the cager. “He came to watch me in one of my gigs. People kept chanting his name while I was singing. They wanted me to invite him onstage. I didn’t, but he told me later on that I should’ve called him, and that he would have sung with me,” he said. “Wala s’yang arte!”

Vice admitted that he once said “sorry” to Calvin for all the reports that were being published about them.

“I was concerned that he would feel he no longer had privacy, and that he might not be ready for all the intrigues,” Vice explained. “What Calvin told me endeared him to me even more. He said, ‘Let them do or say whatever they want. Go lang! As long as we’re happy, as long as my lola is still feeling kilig.’ I appreciate his family. His mom and sister told me they’ve been wearing lip colors from Vice Cosmetics even before they met me.”