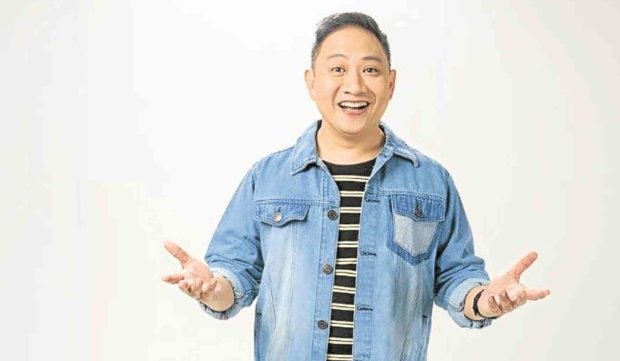 Because television’s “audience profile” is constantly changing, the gag show “Bubble Gang,” Michael V said, needed to be equally adaptable to keep up with the times. And that’s a test he’s always up for.

“It’s a challenge. But it’s also a good thing, because it helps me gain more knowledge as a comedian,” Michael V, who’s also the show’s creative director, said at a recent press conference.

If the GMA 7 show’s longevity were any indication, perhaps it’s safe to say that “Bubble Gang” has been doing a fine job. This month, it celebrates its 23rd year on air.

“We were able to witness the evolution of Filipino humor through ‘Bubble Gang,’” Michael V said, adding that making people laugh has become harder now more than ever.

“People are more critical these days, especially on social media—lahat na lang, napapansin!” he jested. “And there are more restrictions.”

Cast member Paolo Contis agreed: “We evolve, along with the viewers’ sensibilities. And we don’t let ourselves get affected by the bashers!”

Through the years, the show has had several changes in the lineup. Still, Michael V sees to it that there’s chemistry in whatever assemblage of actors they have. “The cast is always different—some people eventually leave, and new ones join in; some have changed a lot; some haven’t changed at all,” he said.

Besides, the connection made with previous cast members has not disappeared. And in this regard, social media is a good thing. “If they miss the show on TV, they can still catch it on the internet,” he pointed out.

But amid all the changes, there’s one thing that’s constant: Michael V and his “genius.” The comedian was described by his coactors as the show’s binding force; a leader who listens and gives everyone a chance to shine.

“He’s a great leader, not only because of his comedic expertise, but also because he knows how to listen,” Paolo related. “He’s a team player.”

Singer-actress Denise Barbacena, on the other hand, said that Michael V had always been a source of inspiration for the cast.

“He’s a good example for everyone; he gives us the drive to work. He encourages us to give our own input, now matter how bad it is. He welcomes suggestions for gags,” she said. “We’re free to voice out our ideas.”

As part of “Bubble Gang’s” 23rd anniversary, the show will present a special episode on Nov. 23, which melds the facets that have made it a success—gags, musical parodies, comedy sketches and commercial spoofs.

Titled “Bente Tres Oras,” the special episode follows Bea Bangenge (Michael V) and Toto Batoto (Antonio Aquitania) in their hilarious quest for Wi-Fi. Along the way, they meet iconic “Bubble Gang” characters from the past, like Don Cantoni, Mr. Assimo and Antonietta.