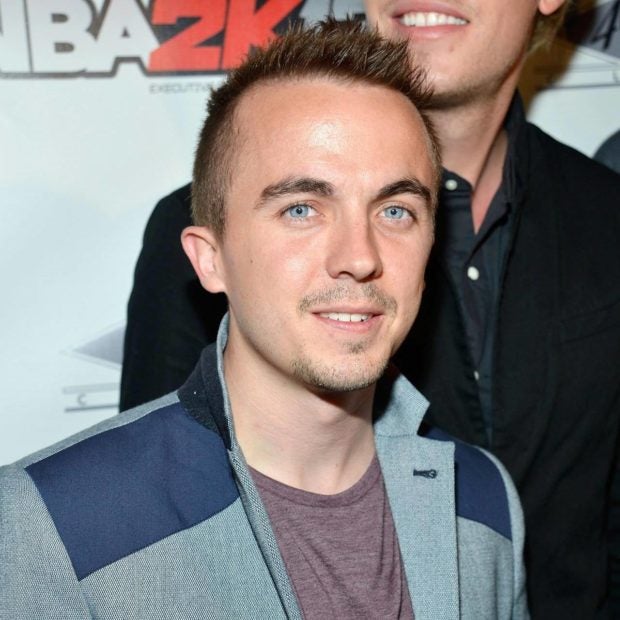 American actor Frankie Muniz is among the celebrities whose homes were recently ravaged—in his case not by a wildfire but by a flood.

The “Malcolm in the Middle” star and “Dancing with the Stars” alum took to Twitter last Nov. 15 to lament his situation. He said he was still grieving his uncle’s death and had just arrived from the funeral in France when he found his home submerged in water.

“I arrived home from my uncle’s funeral to find 4 of my 5-story brownstone home under 3 feet of water,” he said. “Everything I own, destroyed. Every wall, piece of artwork, personal photos, furniture… All because my cat accidentally turned on a sink a few days ago while we were gone.”

His uncle’s loss, combined with the wreck that his house was in, flooded him with emotions. “I’ve cried more yesterday and today than my whole life combined,” he shared.

He credited his girlfriend Paige Price for helping him through the tough time. “I’d be lost without her. She’s so strong and exactly what I need.” 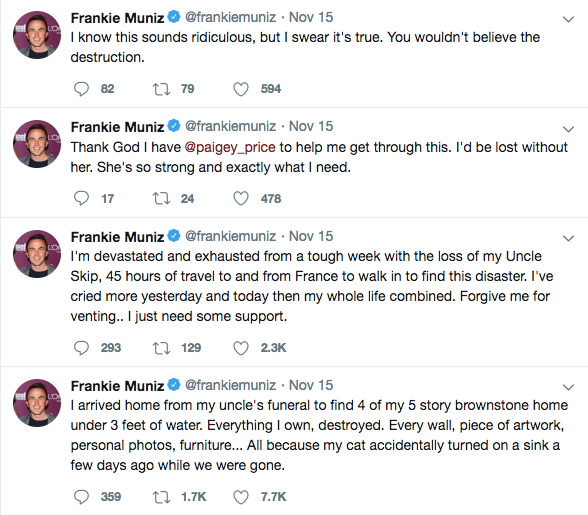 Two days after, on Saturday, Nov. 17, Muniz said that fire alarms went off at the hotel they were temporarily staying in.

Things are looking up for Muniz: Yesterday, Nov. 19, Price announced that she and Muniz were happily engaged, sharing pictures of them both amid sky lanterns.  /ra

WATCH: Frankie Muniz explains why he has forgotten ‘Malcolm in the Middle’