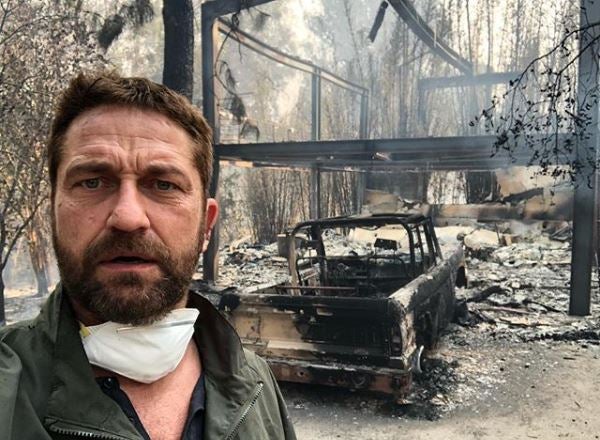 Hollywood actor Gerard Butler was beyond heartbroken when he recently returned to his home in Malibu, California after evacuating, only to discover it ravaged by the Southern California wildfire.

The huge wildfire has left many communities scorched and obliterated in its wake, a count of around 177 homes destroyed thus far, a number that is expected to rise. Meanwhile, 31 lives have been claimed by the wildfire, as per latest reports.

The cause of the wildfire remains under probe, but it was reported to the California Public Utilities Commission that an electrical circuit outage happened near where the wildfire started, as Santa Ana winds blew through the area.

The “300” and “Phantom of the Opera” star was not spared; he took to Instagram on Nov. 11 (Nov. 12 in the Philippines ) to share scenes from his ravaged home.

Butler’s selfie showed the grim despondent state of his home. What looks like a pickup truck was also unspared, as it, too, was burned to black.

“Returned to my house in Malibu after evacuating,” Butler shared to his more than two million-strong fans. “Heartbreaking time across California.”

Returned to my house in Malibu after evacuating. Heartbreaking time across California. Inspired as ever by the courage, spirit and sacrifice of firefighters. Thank you @LosAngelesFireDepartment. If you can, support these brave men and women at SupportLAFD.org. Link in bio.

Butler, despite his circumstances, still found himself inspired by the firefighters who have gone to great lengths to quell the wildfire.

“Inspired as ever by the courage, spirit and sacrifice of our firefighters,” he wrote. “Thank you @LosAngeles Department. If you can, support these brave men and women at SupportLAFD.org.”

Meanwhile, fellow celebrities such as rapper 50 Cent, actors Pablo Schreiber and Rob Lowe as well as film director Ariel Vromen, among others, offered their support and sympathies to Butler.

“Damn what part of God’s plan is this,” 50 Cent commented. “Stay strong, sorry for your loss.”

Schreiber, meanwhile, told Butler that he was in his thoughts. “Thinking about you brother! Let me know if there’s anything I can do…” Schreiber said. 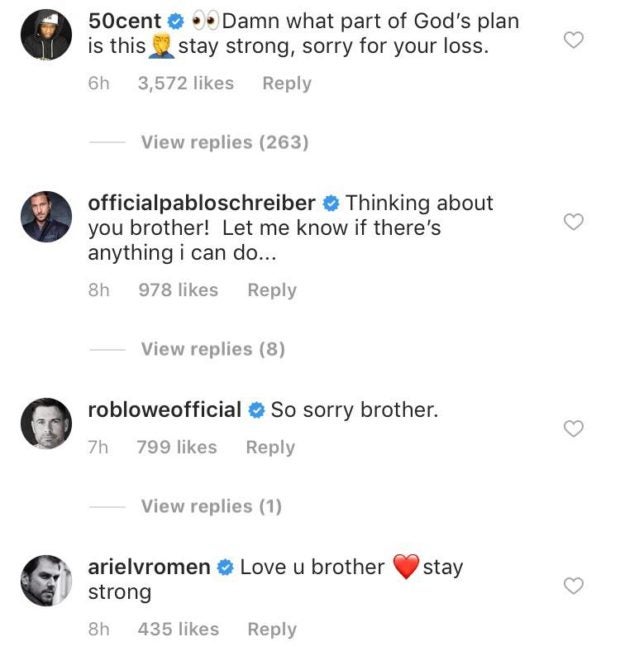 Thousands remain under evacuation orders, including some 3,500 students of Pepperdine University who have sought shelter in the Malibu campus. Classes in both the Malibu and Calabasas campus will be closed until Nov. 26. JB