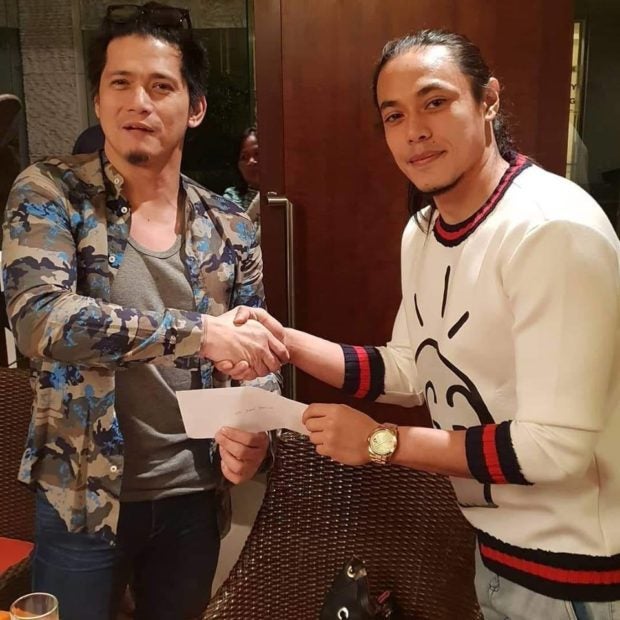 A year after the Marawi siege, Philippine Basketball Association (PBA) star Terrence Romeo joined in efforts to help the war-torn city by donating money to rebuild it.

The basketball player approached action star Robin Padilla to give his donation of an undisclosed amount on Tuesday, Nov. 13. Posting a photo of him handing a white envelope to Padilla, Romeo quoted Padilla’s statement that he was the first basketball player to help the city through the actor’s Marawi project.

(In our Marawi project, all who have donated, helped and supported have been actors/actresses. This is the first time a basketball player came forward and gave support to the people of Marawi. Thank you, Terrence.)

Romeo’s fans took to the comments section of his post to praise him for his action. They also hoped that Romeo’s donation will encourage other PBA players to help Marawi City.

While the majority of the comments were in praise of Romeo, some were skeptical of the rationale behind his donation. One netizen commented that Romeo should have helped Marawi without uploading a photo on his Facebook page.

Another commenter noted that it is probably because Romeo is not as popular anymore and “needs exposure”; still, it is for a good cause.

Meanwhile, others were hoping that Romeo’s donation will be given directly to the residents of Marawi.

In August last year, Padilla donated P5 million to the Department of Social Welfare and Development (DSWD) to help the victims of the Marawi siege. He had also previously praised and thanked actor Piolo Pascual and director Joyce Bernal for donating P1 million and P500,000, respectively, for the cause. JB

After bar brawl and ‘basketbrawl,’ what’s next for Terrence Romeo?