Eight months have passed since the siege of Marawi City by Abu Sayyaf militants came to the fore. To many, the events are far too painful and horrible to recall. Yet despite the end of the battle, a fragmented Marawi has yet to see bigger developments in its recovery from destruction.

Actor Robin Padilla’s recent appearance in “Pilipinas Got Talent”, where he reprimanded a Korean contestant for not speaking Tagalog, may have been a hit or miss to people. But one thing he can’t be faulted for would be his unapologetic declaration of love for his country.

Padilla, a Muslim, couldn’t help but deliver a heartfelt message to his friends who accompanied him to Mindanao to visit the people of Marawi. In an Instagram post that Padilla shared last night, he thanked actors Piolo Pascual and Jose Antonio Lopez, actress Nadia Montenegro, former manager Betchay Vidanes and film director Joyce Bernal for their presence.

(My brothers and sisters are very happy because they felt that your love and concern for them is genuine. They know you have no other business on them or ulterior motive. You are not politicians and businessmen, but you traveled far and made sacrifices.) 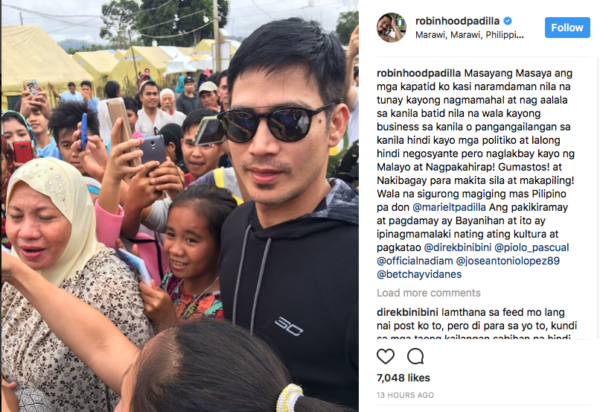 Pascual can be seen wearing a black jacket and sunglasses as a crowd swarmed around him for pictures. In Jose Antonio Lopez’s Instagram, on the other hand, he posted picture of the group having a meal. 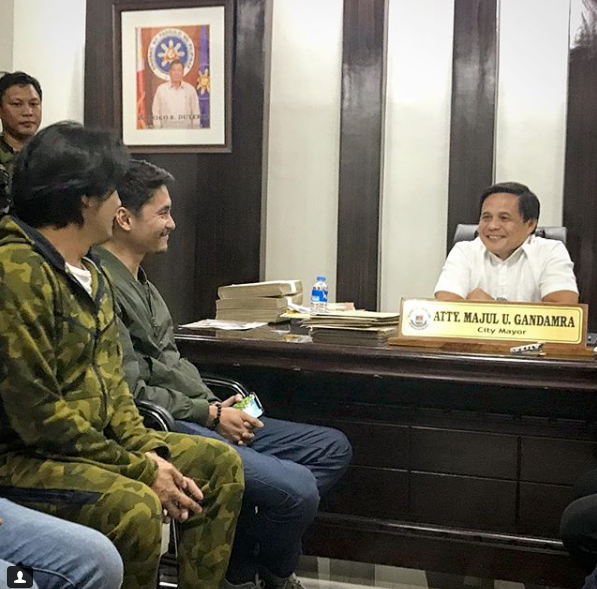 Lopez also shared pictures and videos of Marawi to his followers. In Jan. 23, he posted a picture of destroyed homes in the distance, with the seascape and landscape of Marawi as the background.

“Such a beautiful city destroyed by war,” expressed Lopez. “What a shame. #bangonmarawi.” 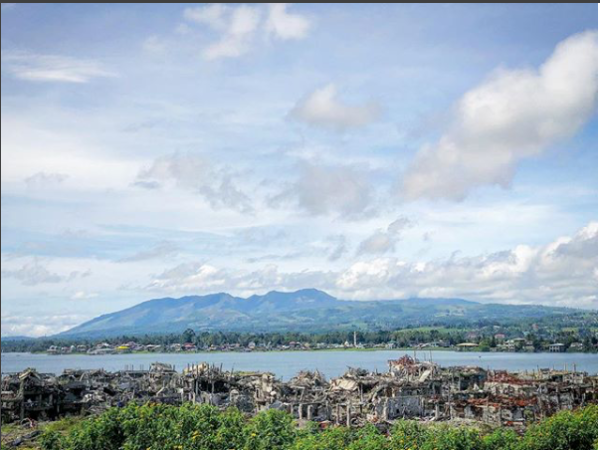 Lopez also posted Instagram Stories of more roofless homes as part of the widespread damage during the war. Rubble and wreckage litter the pavement; in another, blasted walls with evident bullet marks, fallen posts and dangling cables can be seen. 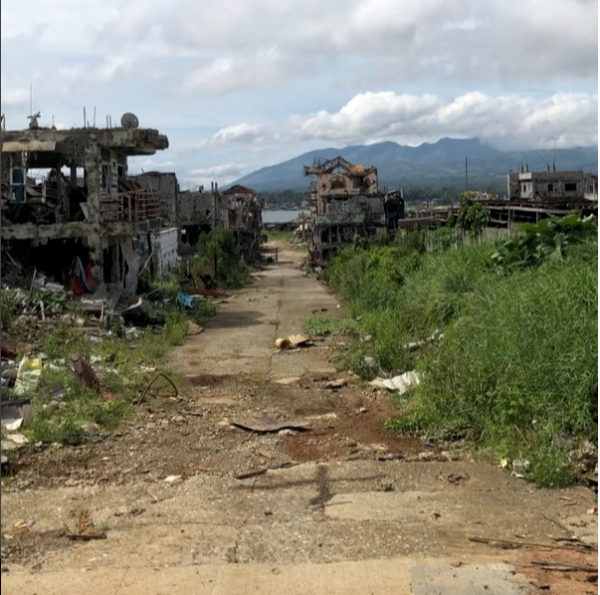 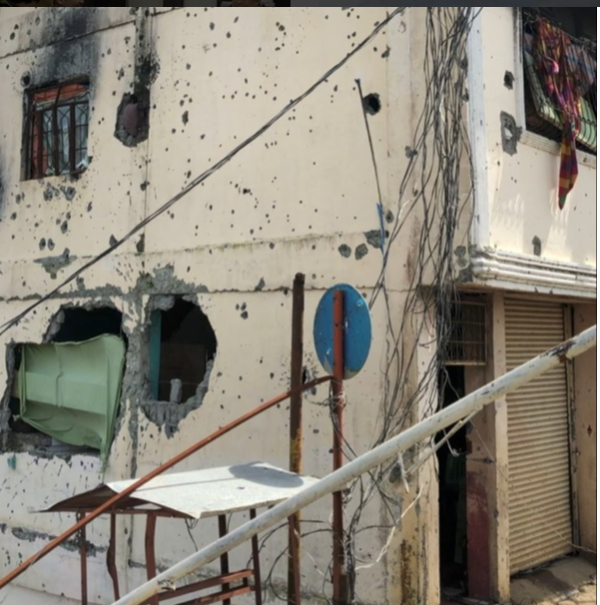 For his part, Padilla posted a video of director Bernal and the rest of the actors looking at the destruction in “Ground Zero.”

Marawi: Rising from the rubble