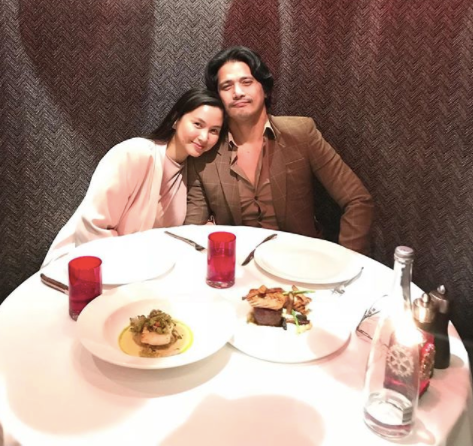 Actress and television host Mariel Rodriguez did not hold back in defending her husband, actor Robin Padilla, from critics who slammed him as racist and rude for reprimanding a “Pilipinas Got Talent” Korean contestant. She also hit back at bashers who  dragged their child Isabella into the issue.

Padilla, who serves as a judge at the talent show “Pilipinas Got Talent” drew flak from netizens for his treatment of the Korean contestant who was not speaking Tagalog.

In an Instagram post yesterday, Rodriguez shared that since their cable was down and she was so busy taking care of Isabella, she barely had the time to watch the PGT episode, only seeing a clip recently.

But knowing her husband well, the television host stood by him and said he was just “being true to himself.”

Our cable was down over the weekend and I have been so busy taking care of my baby that I only had the chance to watch the clip of PGT today. In my opinion Robin was being true to himself. Si Robin magpapakamatay yan para sa Pilipinas… si Robin ibibigay niya buhay niya para sa mga katutubo, sa mga kapatid… sa mga Pilipino. Ganun si Robin. It is very hard to understand his passion when it comes to his love for the country… pero pagkatapos ng pagibig niya sa Allah, susunod ang pag-ibig para sa bayan, more than family more than self more than anything (except God) pinaka mahal ni Robin ang Pilipinas. If you watch the whole clip he was being a very fair judge when it came to the talent of the korean contestant. He humbled himself and said “pasensya ka na” even added “isipin mo na lang na tatay mo ako sa Pilipinas at napagsabihan ka ng tatay mo” so ano ba ang ikinakagalit niyong lahat? Dinamay niyo pa yung anak kong inosente! Okay lang na mag labas kayo ng mga opinion niyo no problem kasi opinion niyo yan. Pero para idamay ang anak ko na walang kasalanan sa mundong ito! Below the belt. no mother should ever receive ill wishes for her child no matter what the circumstances are. I learned that in Islam it is all about your INTENTIONS… and Robin did not have any intention to cause anyone pain but you guys sending hate our way even including my child is purely intentional so goodluck sa inyo in your afterlife. While you guys are bashing away Robin is busy rebuilding Marawi. People with REAL PROBLEMS! And no your bad comments are not welcome on my page. To my husband… we stand by you 100%

Rodriguez went on by saying that Padilla was being fair when it came to judging the contestant’s talent.

“He humbled himself and said ‘pasensya ka na’, [and] even added ‘[I]sipin mo na lang na tatay mo ako sa Pilipinas at napagsabihan ka ng tatay mo’ So ano ba ang ikinakagalit niyong lahat?” (He even humbled himself and said “Please excuse me,” and even added, “Just think that I am your father from the Philippines and you were scolded by him.” So what are you even mad about?),” she wrote.

She then shot back at a netizen who left a “below the belt” comment on her page, saying that their daughter will pay the price for his actions.

“Dinamay niyo pa yung anak kong inosente! (You even dragged my innocent child!)” she wrote. “Okay lang na mag labas kayo ng mga opinion niyo, no problem kasi opinion niyo yan, pero para idamay ang anak ko na walang kasalanan sa mundong ito! (It’s okay to say your opinion, no problem, because that’s yours, but [it is not okay] to include my child who did not do anything wrong in this world!)

Rodriguez then wished the bashers of her husband and daughter “good luck in your afterlife.”

“While you guys are bashing away, Robin is busy rebuilding Marawi,” she proudly said of her husband. “People with REAL PROBLEMS!”