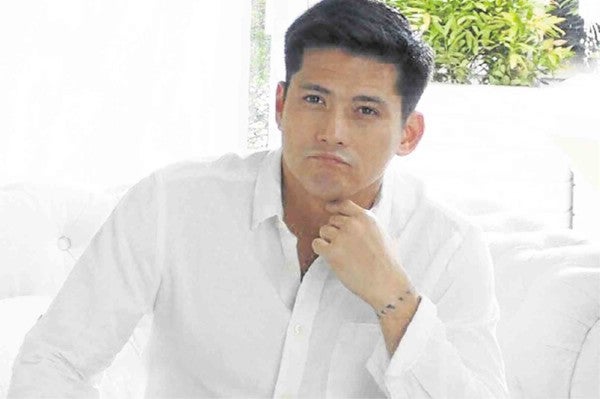 After receiving flak for his behavior toward a contestant on TV show “Pilipinas Got Talent,” Robin Padilla claims Filipino pride was behind his action.

During Padilla’s interaction with Korean contestant Jiwan Kim, the “Pilipinas Got Talent” judge refused to be a part of the magic trick because Kim did not speak in Tagalog.

“You should speak Tagalog first before you could use me,” he demanded.

Kim appeared flustered until judge Angel Locsin allowed him to perform the trick on her while he spoke in English.

On Instagram, Padilla shared a photo of the Katipunan flag with a portrait of Apolinario Mabini. He wrote the caption in a mix of Filipino and English.

“Filipino Hospitality is far different from slavery and stupidity.. mahalin mo ang bayan mo at ang lahi mo lalo ang wika mo bago ang lahi at wika at bayan ng dayuhan.” (Love your country and your race, especially your own language before loving the race and language of foreigners.)

“Always Fight for your freedom to gain respect. Never allow a foreign power to intimidate you in your country just because they are rich,” the unrepentant actor said.

The Tagalog Republic was established by Andres Bonifacio in 1896. Incidentally, Padilla played the national hero in the movie “Bonifacio: Ang Unang Pangulo.”

Padilla also continued to lambast the contestant, “Ako pa ba ang dapat magadjust sa isang dayuhan na 10 taon na sa Pilipinas? Naku hindi po mangyayari! Never!” (Am I supposed to adjust to a foreigner who has been living for 10 years in the Philippines? That won’t happen!) He also used the emoji flashing the middle finger.

He added that he wasn’t rude in his behavior. “Naku po mabait pa po ako non hindi pa ako rude non. Hindi ko po lamang mapapalagpas ang harapang pagbalewala sa ating pagkapilipino.” (I was nice and I wasn’t rude yet. I couldn’t allow our being Filipino to be treated as worthless.)

He also had a message for those arguing against him. “Sa mga MAKAPILI nag-aaksaya lang kayo ng oras ninyo sa pag comment dito.” (To the traitors, you are just wasting your time commenting here.)

In Philippine history, the Makapili was a militant group that aided the Japanese Army after President Jose P. Laurel refused to draft Filipinos to fight for Japan in World War II.

Netizens have criticized the behavior of the 48-year-old action star, who has been dubbed as the Bad Boy of Philippine cinema, labeling it as “misplaced patriotism.”

Robin Padilla deservedly being roasted for his myopic #PGT treatment of the Korean contestant tonight. Somebody needs to point out to him that other Pinoy acts fly out to other countries to audition for their Got Talent shows. Misplaced patriotism there.

Other comments cited that Filipinos who have joined “Got Talent” in other countries were never forced to learn the foreign country’s mother tongue.

Robin Padilla scolding a foreign contestant to speak Filipino clearly portrays racial discrimination. Other franchise of the Got Talent such as BGT and AGT never treated our "kababayans" the way Robin Padilla did to the Korean who auditioned for PGT. #PGTisLife

The official languages in the Philippines are Filipino and English. Filipino encompasses several languages besides Tagalog, including Aklanon, Bikol, Cebuano, Chavacano, Hiligaynon and Ilocano. /ra