Rebel Wilson loses bid to keep most of defamation payout 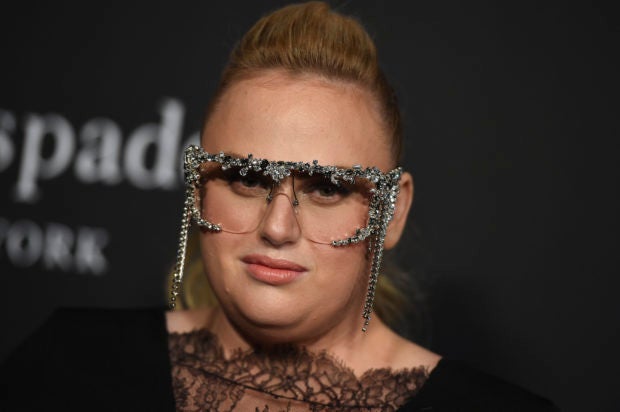 In this Oct. 22, 2018, file photo, Rebel Wilson arrives at the fourth annual InStyle Awards at The Getty Center in Los Angeles. Rebel Wilson has lost her bid to keep most of the record payout awarded to her in a defamation case. The actress had sued Woman’s Day magazine last year over a series of articles she said had painted her as a serial liar. Her $3.4 million award was reduced by 90 percent after the magazine appealed. The court on Friday, Nov. 16, 2018, refused her lawyers’ application to appeal to the High Court in Canberra. Image: Invision/Jordan Strauss via AP

SYDNEY (AP) — Rebel Wilson said she was glad she’d stood up to “a bully” despite losing her bid Friday to keep most of the record payout awarded to her in her defamation case against an Australian magazine.

The actress had sued Woman’s Day magazine last year over a series of articles in 2015 that she said had painted her as someone who’d lied about her real name, age and childhood in order to make it in Hollywood.

The Supreme Court of Victoria state awarded her an Australian-record payout of $3.4 million ($4.7 million AUD) after a jury concluded she’d missed out on film roles because of the articles. Wilson had sought $5 million ($7 million AUD) in damages.

But this June the amount was reduced by 90 percent after the magazine’s publishers, Bauer Media, appealed. Victoria’s Court of Appeal said Wilson could not prove economic loss, or that she’d missed out on film contracts as a result of the articles. The court ordered the actress to pay back almost $3 million ($4.1 million AUD), and 80 percent of Bauer’s legal costs.

Wilson’s lawyers on Friday sought leave to appeal against the reduction in the High Court — Australia’s highest judicial body — but the application was refused.

“In our opinion there are insufficient prospects that an appeal will succeed,” Justice Virginia Bell said at the court in the national capital, Canberra.

The magazine publisher welcomed the decision. “Bauer Media is invested in its Australian business now more than ever,” Bauer chief executive Paul Dykzeul said in a statement. “Our audience trust our content and our writers and they love our iconic brands like Woman’s Day and Australian Women’s Weekly.”

Wilson, who sat in the front row of the public gallery during the brief hearing, said outside the court she was glad the process had been brought to an end.

“This has been a long fight and a long journey in the courts, but the great thing about today is that it brings it to a definitive end,” she told reporters.

“The whole reason for bringing this case is that I wanted to stand up to a bully, which is Bauer Media.”

Wilson said she was proud of herself for “seeing it out right to the bitter end,” and that she was glad the initial jury had “restored my reputation.”

“Today was just about a small point of special damages and for me it was never about the money, it was about standing up to a bully and I’ve done that.”

Wilson is a native Australian best known for her Hollywood roles in the “Pitch Perfect” films and “Bridesmaids”. CC

Rebel Wilson back in Australian courts in defamation appeal