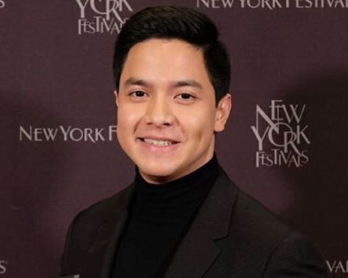 Various reports said that “Victor Magtanggol” may be ending soon, although the final word has yet to be given by Richards’ home network GMA 7.

It is known that Victor Magtanggol has been pitted with ABS-CBN’s “Ang Probinsyano” (top-billed by Coco Martin) since its pilot episode aired last July, with the latter leading in the ratings. For Richards, however, the ratings appear to be the last thing on his mind, as he recently took to social media to poke fun at himself with a meme so self-deprecating in its humor.

Richards shared the picture on his Instagram Stories yesterday, Nov. 12, and featured a two-panel meme. In the first panel, Richards can be seen with red, swollen eyes while wearing his Hammerman costume. 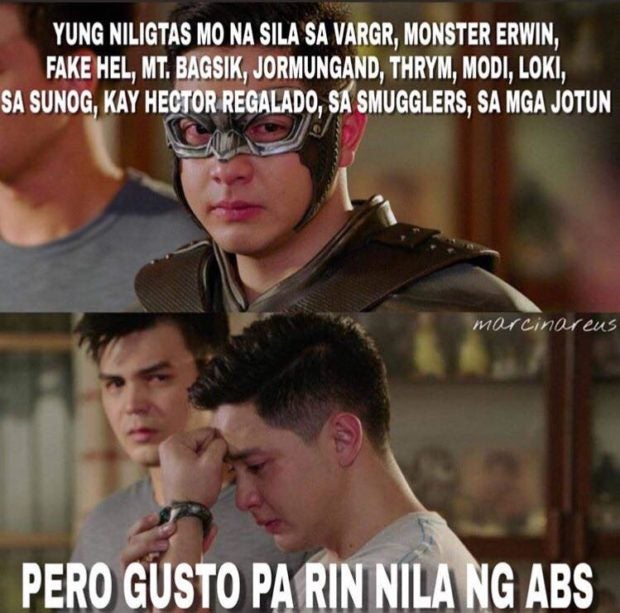 It is unclear whether Richards was referring to rival network ABS-CBN or abdominal muscles with the meme. Either way, he is nothing short of being a good sport to laugh at himself, especially amid all the hurtful remarks and criticism thrown his way.

The bashing, in any way, is uncalled for, and even veteran talent manager and columnist Lolit Solis has come to Richards’ defense from all the vitriol.

Whether Richards unseated Coco Martin’s “Ang Probinsyano” or not is unimportant, as per Solis. What matters is that he gave his all in his role in “Victor Magtanggol.” Moreover, he was able to showcase his acting chops and made countless fans happy.

Solis also attested to Richards’ character, saying that bashers can only dare to hurt him, as even they would be ashamed for attempting to put such a good man down.

Read Next
Marvel stars mourn Stan Lee on social media
EDITORS' PICK
Comelec division junks petition to cancel Marcos COC for president
Acer starts the year off strong with the Aspire Vero National Geographic Edition
PH logs 37,070 more COVID-19 cases; over 33K others recover
‘Not yet the end’: Lawyer says Marcos Jr’s DQ cases to take lengthy process
The best of bayside and city living at SMDC’s Sail Residences
Over 3 Million worth of prizes to be won at Smart Padala’s SENDali Manalo Promo!
MOST READ
NBI foils escape attempt of Kerwin Espinosa, two others
‘Not yet the end’: Lawyer says Marcos Jr’s DQ cases to traverse lengthy process
Wendell Ramos finally gets to hold his newborn for the 1st time
Marcos camp ‘extends hand of unity’ after COC cancellation bid is thrown out
Follow @CCepedaINQ on Twitter
Don't miss out on the latest news and information.