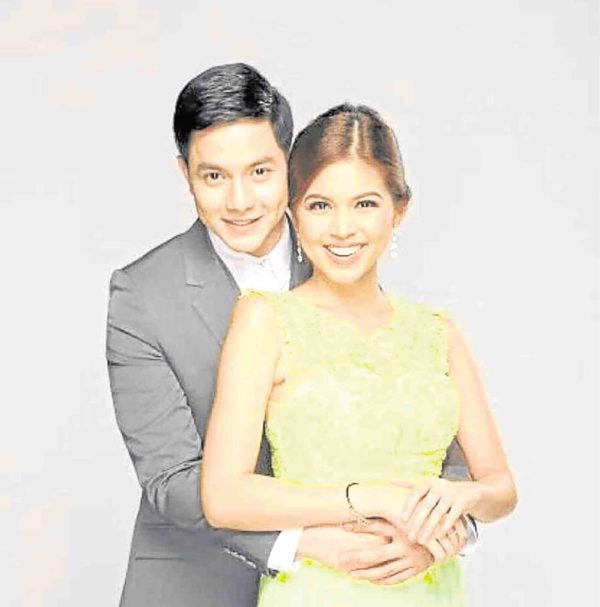 Alden Richards has revealed that he was able to talk to his screen partner, Maine Mendoza, before the latter took a much-needed break from show biz and went on a monthlong vacation.

“I’m sure all of you have been wanting to ask about Maine, so I will just say this: I’m so happy that she’s having fun spending the holidays with her family abroad. We both deserve to have these breaks; to be far from everything,” he said at a recent thanksgiving party he threw for the entertainment press.

Maine, who had admitted in an open letter a couple of weeks back that the possessiveness of some fans made her feel like she was “living in a box,” has been in Florida, United States with her siblings since early December.

The year 2017, like the previous years, has been full of blessings—career and business-wise—the Kapuso star said. “Sobrang OK pa rin. We’re already planning to open our restaurant for franchising,” he related. “A lot of my sponsors have renewed their partnership with me, too.”

As for his coming projects for television, as well as his reported new movie with Maine, the 25-year-old actor said everything is still being planned at the moment.

“There’s no final word yet, but rest assured, we will hold a press conference once everything’s down pat,” said Alden, who recently treated his family to a trip to Japan.

“We had fun. Among my priorities are my lolo and lola. I want to travel with them more for as long as they’re strong enough,” he said.

Alden is turning 26 on Jan. 2. To celebrate, he said he will be doing a birthday special for “Bulaga!,” and will spend a day with fans at a theme park. “We will just have fun. This is my way of saying thank you to them,” he pointed out.

Alden doesn’t believe in making New Year’s resolutions. Why wait until the turn of the year before taking action or making lifestyle changes, he said, if you could do it now. But, he did have a birthday wish.

“Peace, continuous blessings and stability—very simple,” he said, adding that he’s not raring for material things anymore. “Wala na akong masyadong hinahanap, because I’m very much contented with what I have now.”