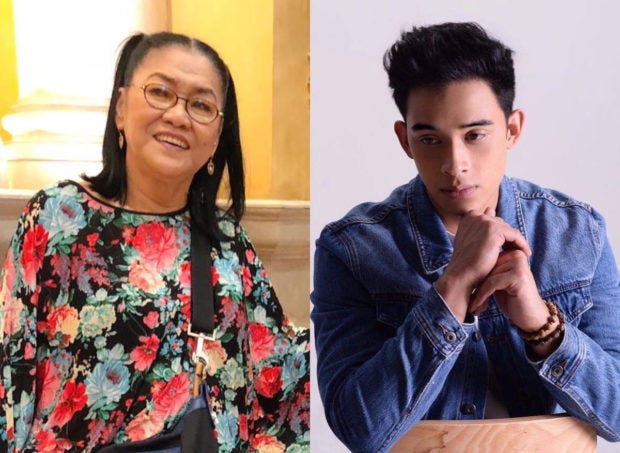 Solis took to Instagram on Friday, Nov. 9 to share her two cents regarding the news. While she said that she knew the feeling of wanting to escape one’s problems by ending one’s life, she wondered whether Loyzaga has the kind of problem which is beyond his parents’ help.

Solis then praised Cesar Montano’s strength amid the news, bringing up the fact that Loyzaga was not the first of Montano’s son to have a similar predicament. In March 2010, Christian Angelo Montano died from a gunshot wound in the head in his house in Quezon City.

([It’s] sad, especially in the case of Cesar who experienced losing a child for an unknown reason. With everything that’s been happening, I salute Cesar’s strength, I salute the way he carries problems.)

“Sana, maayos na anuman ang iniisip ni Diego (I hope whatever Diego has in mind will be fixed),” she added. “Life is beautiful, you live your life the way you want, choose the way you like it, but don’t choose the way out, don’t be a coward, show your strength, your power, your faith.”

While Solis’ post was probably meant to express her sadness over the news, netizens criticized her for calling the young actor a “coward.” They made use of the post’s comments section to state that the talent manager is ignorant when it comes to mental health.

“Okay na sana kaso kailangan pang tawagin siyang ([Your post] should have been okay but you have to go and call him a) ‘coward’,” one commenter, Krista Noelle (@her_name_is_noelle_) said. “Nobody will ever understand what a depressed person is going through unless you walk [in] their shoes. That’s the last thing you should call anyone who is in pain.”

“Coward should be the last thing you should say to one who tried to end their life,” commented one netizen, Marchay (@reeyalipstick). “When you are in the brink of despair, death is all you could think of. And [more] often than not, it is as if you are doing your loved ones a favor.” 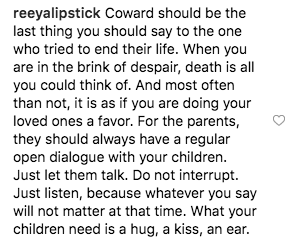 Meanwhile, others were appalled that Solis chose to laud Montano instead of Loyzaga’s mother, Teresa. In February last year, Loyzaga made public via social media his paternal grievances, claiming his father threatened to put him under police custody because of alleged drug use.

(Wow, amazing how you salute Cesar. Should you not be amazed by Teresa, seeing as she is the one who became both the mother and father figures to Diego? She is also very strong while Cesar does nothing but womanize.)

Loyzaga supposedly attempted to end his life on Tuesday, Nov. 6 going home from the taping of “Los Bastardos,” as per an earlier report. The actor allegedly went straight to a rehabilitation center after being released from the hospital. His family has yet to comment or issue a statement on the matter, as of this writing. JB

Lolit Solis slams Moira Dela Torre’s denial of ‘Marcos Fest’, wonders why being close to Marcoses is a ‘sin’