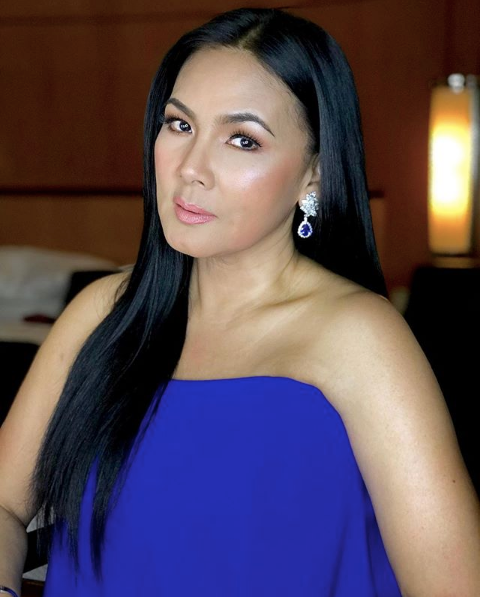 Amy Austria shared how she coped with the loss of her common-law husband, the late actor Jay Ilagan.

(It was hard. I felt then that I lived for him or we lived for each other. And then he was gone, I felt that I needed to die too.)

Ilagan died in a motorcycle accident back in February 1992.

She admitted that it took her years to cope with his death by partying with friends. Austria then recalled that one Wednesday, she decided to join a Bible study group. “Meron palang salitang ‘salvation’ (I realized there is such a thing as ‘salvation’),” she said.

Now, Austria is happily married to Duke Ventura. She shared that when he came into her life, she had already established a relationship with God and was ready to love again.

“Walang ligawan muna (There was no courtship at first),” Austria shared how her relationship with Ventura began. The actress said that she was invited to meet with a mutual friend. Ventura and Austria later became friends.

Austria added that when it was only the two of them left in their group, she shared that he was the only one who was willing to help whenever she had a problem.

There was one instance in which Ventura called Austria “my girlfriend” to help bail her sibling out of jail, for which he later apologized. Austria said it was okay, after which Ventura asked her: “Okay lang you’re my girlfriend?”

The clip of Austria’s “Magandang Buhay” guesting can be viewed below.  Katrina Hallare /ra

Readers weigh in on contentious lists