Readers weigh in on contentious lists

As a so-called TV-film expert, we get asked all sorts of questions—from the sublimely thought-provoking to the ridiculously fluffy. But, a recent query at a media forum threw us for a loop, because it wanted us to weigh in on the “all-important” issue of—the most beautiful Filipino screen actresses ever!

It turns out that this hugely subjective topic has been exercising some film buffs of late, because allegedly “official” lists related to exceptional screen beauty have been making the rounds that cheekily and even shamelessly include some really undeserving “beauties.” —So, pleads the professedly perplexed and “insulted” questioner, sino ba talaga, kuya? 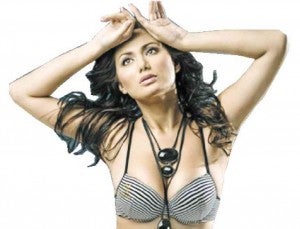 Talk about lists, for her part, V. Bonoan teasingly shares, “Your ‘News Hunks’ feature keeps making the rounds and people keep adding to the names you cited. I think you’ve hit a nerve—like you wrote, the ‘infotainment’ trend has made upcoming stars of young reporters and newscasters, some of whom ‘underline’ their physical appeal by wearing tight T-shirts that reveal their ‘abs-olutely’ sexy physique—which used to be irrelevant and even distracting as far as traditional broadcast journalism was concerned.”

Even more recently, another list of “cute” TV newsmen has been making the rounds, but some of its guys aren’t all that hunky, are over the age limit, and not buff enough to generate the required “ripple effect.”

What do we say? One list’s hunk is another’s honky, so let’s not get distracted from the ongoing discussion’s key significance, which is all about TV reporting standards being diluted  by the wages and rages of the so-called “infotainment” trend.

Some young film buffs are under the simplistic impression that the craft and art of moviemaking sprang fully formed from the visionary brows of the medium’s initial inventors and exponents. Truth to tell, however, it took decades after the motion picture camera was invented for the new medium to “find” its unique look and voice, which have made it the powerful communication, entertainment and inspirational world-changer it has become. 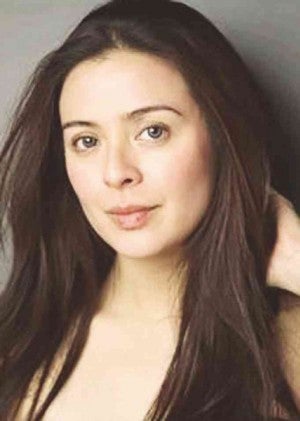 At the very start of the long and erratic process, the film camera and its spool of negative film were used merely to record minute-long snippets of reality—an ordinary street scene, the first automobile being cranked up to sputtering life, cannibals in Africa—that sort of simplistic thing.

But, both cinematographer and viewers quickly got bored with simple or even exotic reality recorded and screened in minute-long spurts, so some of the first filmmakers started to wonder what else the new medium was capable of doing and showing.

One of them, Edwin Porter in  “The Great Train Robbery,” got the inspired brainstorm to do more than just record a long shot of what his hand-cranked camera “saw.” Instead, Porter moved his camera closer to his subject—and amazedly discovered that the tight shot was able to show the subject’s eyes, and thus his emotions, making it much more feelingly “relatable” than the usual, more impassive long shot.

After that, more innovations and discoveries expanded the newly emerged visual “language” of silent film, and the companion art and craft of film editing was born.

Early exponents of the by-now-more-expressive film medium include D.W. Griffith’s “The Birth of A New Nation,” “A Trip To The Moon,” “The Battleship Potenkin,” “A Nous La Liberte” and  “The Cabinet of Dr. Calgari.”

Young film buffs who want to develop an appreciation of the early roots of cinema, which dictated where it would go in succeeding decades, would do well to sample these and other primal and seminal productions—some of which are marvelously and even magically expressive, despite the fact that they were made almost a century ago!

The next round of historically influential films came when the medium finally found its voice, by way of “talking pictures” paced by “The Jazz Singer.” Later, filmmaking in color was invented, then came other innovations like Cinemascope and 3D.

In terms of content and artistry, other early influential productions included Lewis Milestone’s 1930 war movie, “All Quiet on the Western Front,” which movingly dramatized the tragic and wretched ambiguities of war.

Its enlightened use of insight and emotion showed early on that the film medium possessed both the subtlety and power to make viewers feelingly experience profound, shared moments of filmic life.

Other landmark productions include the first full-length animated films, like “Fantasia” and “Snow White and the Seven Dwarfs”; the first movie musicals, like “Oklahoma” and “On the Town”; “experimental” art films like Luis Buñuel’s “Un Chien Andalou” and Jean Cocteau’s “The Blood of A Poet,” “A Nous La Liberte” and “Last Year at Marienbad.”

Read Next
Viewing highlights of the week
EDITORS' PICK
1,797 more Covid-19 infections raise PH active cases to 33,603
New Year, New Rediscoveries
Acer Philippines welcomes you to its first flagship store
UP president challenges AFP claim on Reds’ campus infiltration
WHO says fabric facemasks still work against virus variants
Is your company a growth champion? Stand up and be recognized!
MOST READ
Wife stabs husband after seeing her younger self in old photos, thought he was cheating
NBI files raps vs top execs of 2 tech firms
Ate Vi’s message to those against ABS-CBN’s franchise renewal
Cop, 12 others killed in Maguindanao shootout
Don't miss out on the latest news and information.