Viewing highlights of the week 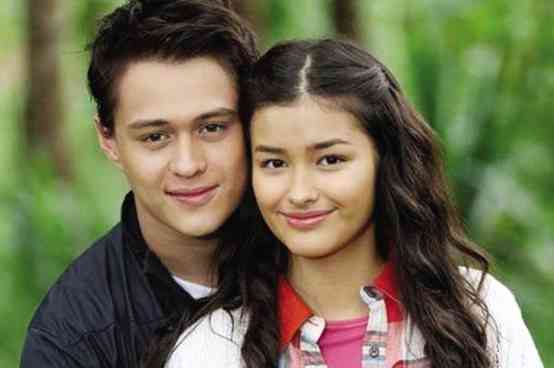 It was “predictable business as usual” for most of the TV shows we watched this week, but a few programs offered innovations, grace notes and other highlights that made them choice.

Topping our list is last Tuesday’s  telecast of “Forevermore,” especially the concluding sequence between the lead characters portrayed by Liza Soberano and Enrique Gil.

As the telecast progressed, Enrique’s character was being dissed for being “torpe” in his courtship of Liza, so he sought the advice of his worldly wise Tita Meg (Beverly Salviejo) and other armchair “experts” to improve his chances of charming the socks off Liza’s feet and make her agree to be his sweetheart.

Cut away some days later to Liza at the farm, where she was pining away for her suitor, who had been absent for sometime. Her friends at the farm were speculating that Enrique had lost interest—but, he surprised them by finally showing up!

Well, had he learned from the “experts” he had consulted, and come up with a big surprise to dazzle and impress her? Alas, all he brought with him were a couple of pizzas. —What a letdown!

—But, wait, there’s more: Later on, as the young leads were just shooting the breeze about this and that, Enrique started talking about showing his love for Liza by “plucking” all of the stars in the night sky and laying them at her feet.

Liza laughed at the “corny” idea. —Then, her suitor called out to all the stars in the sky to do his bidding—and, what do you know?, the night sky suddenly exploded in a dazzling and wondrous fireworks display (courtesy of Enrique’s friends, hidden in the bushes)—in magical “fulfillment” of his loving pledge to her!

It was a great viewing moment, especially because it was so unexpected, and perfectly timed. Who cares that it was “corny”? It made the sometimes  humdrum series bright, light and fresh all of a sudden, so right for its “young love” context.

The telecast was also a good showcase for Beverly Salviejo, who revealed the “cougar” side to her Tita Meg character—with self-spoofing wit!

Another highlight of our viewing week was the latest edition of the CNN Heroes awards, with Anderson Cooper hosting and celebrities handing out the honors.

Among the selfless awardees were a number of very young people, whose precocious acts of heroism and service to others should inspire other youths—and even children—to do what they can for the needy and neglected people around them!

We’re glad to note that the TV screen has of late been featuring actors we don’t see often enough in attention-calling roles.

The first to catch our fancy has been Katya Santos, who’s effectively changed her image from “bold” to character actress, in “Dream Dad.”

She’s cast as the social worker who takes particularly good and loving care of tiny series lead Jana Agoncillo’s “waif” persona in the new show, and she comes off well in her own “reconceptualized” projection.

Next, on “Forevermore,” a feisty and loud character actress has just joined the show, playing the new administrator of the farm that Joey Marquez’s character has been leasing for many years.

The attention-calling player turns out to be none other than Matutina, who was popular decades ago as Dely Atay-Atayan’s maid in “John and Marsha.”

Matutina has just joined the cast of “Forevermore,” but she’s quickly established herself as one of the more cantankerously and idiosyncratically diverting performers in the show. We hope that, now that she had come out of semiretirement, she’ll be around—to stay!