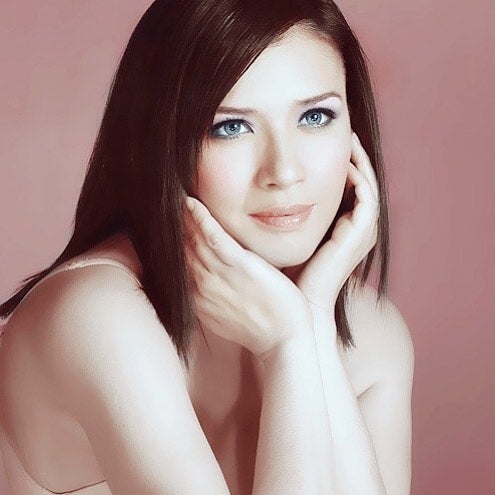 Zsa Zsa Padilla was hit by a wave of sentimentality when a treasured watch she once gave to Dolphy came back from the repair shop.

Padilla updated her Instagram account on Nov. 5 with a snapshot of the watch she and Dolphy “shared,” along with a long caption which told its story.

The watch was apparently a gift Padilla gave to Dolphy several years ago. However, oddly enough, whenever the King of Comedy would wear the watch it would never tell the correct time. Having little patience for such trivial things, the watch ended up getting little use. 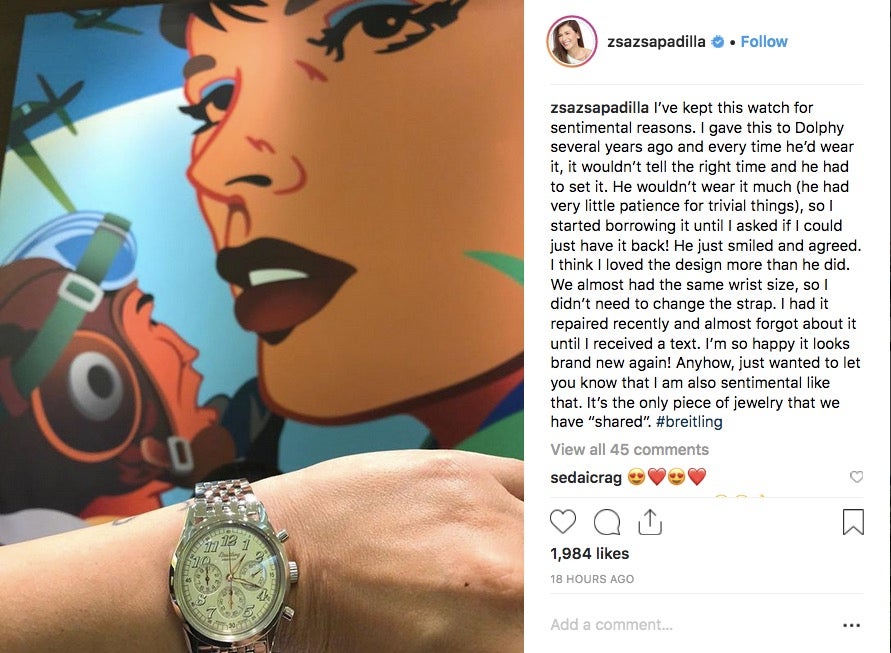 It was around this time that Padilla started borrowing the watch. She claimed the design appeared to suit her tastes more than Dolphy’s anyway. Eventually Padilla just asked for the watch back and Dolphy just smiled at her. She and Dolphy apparently also had similar wrist sizes, so there was no need to adjust the strap.

Padilla wrote that she had nearly forgotten about the watch after she had left it at a shop for repairs. A text from the repair shop reminded her of where the watch had been.

Dolphy and Padilla had been in a domestic partnership for more than 20 years before the King of Comedy passed away on July 10, 2012. His death was mourned by the entire showbiz industry and by Dolphy’s many fans.  /ra