Star soprano warns of rampant body-shaming in the opera world 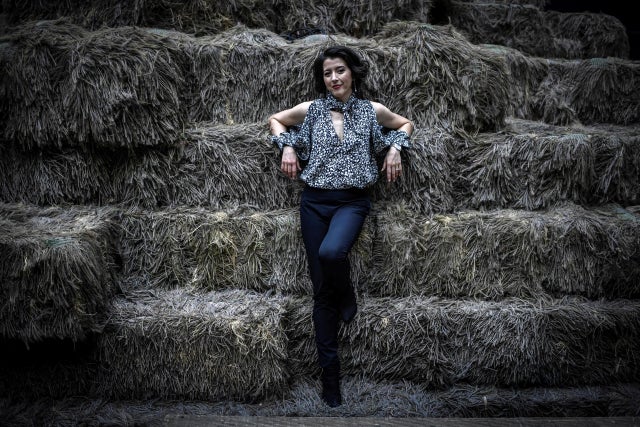 We tend to think of opera singers as a voluptuous breed: it’s not over until the fat lady sings, or so the old saying goes. But as star soprano Lisette Oropesa knows all too well, directors are increasingly pressuring female stars into losing weight.

Back in 2005, the Cuban-American singer — sought by some of the world’s most prestigious opera houses — weighed 95 kilograms (210 pounds). Now, she weighs just 56.

“That’s a lot to lose. It took five years to get to this weight,” Oropesa told AFP.

The 35-year-old was used to being called fat — she’d suffered such taunts since she was a schoolgirl in New Orleans.

But as a singer, she soon found that her weight was blocking her from winning certain roles.

“I was told, ‘You need to fix the weight problem if you want to have any chance at all’,” she said of an early experience at New York’s Metropolitan Opera House.

She admits she was “very upset for a while” at being told this — but with her career on the line, Oropesa bit the bullet.

There’s a practical element to the push for slimmer singers, says the soprano, who is currently performing at the Paris Opera.

In contemporary productions, “they want people to be agile — we are dancing, jumping, and people carry you,” she said.

“If they have a thousand girls to choose from, the first ones they are going to cut are the fat girls.”

She notes, however, that her male colleagues don’t come in for anything like the same pressure.

For tenors, of whom there are far fewer vying for jobs, “as long they appear and come to work, they are ok”.

The most famous case of dramatic weight loss in the opera world is that of legendary Maria Callas.

Described as “monstrously fat” by one impresario in 1951, the soprano eventually shed 36 of her 91 kilos.

At the other end of the spectrum, Montserrat Caballe — the Spanish star who died in October aged 85 — remained throughout her career the archetypal curvaceous soprano.

In recent years, debate has risen to a crescendo over how much contemporary opera is favoring looks over larynxes.

In 2003 London’s Royal Opera House sparked an outcry by sacking Deborah Voigt, one of the world’s best-known sopranos, because she couldn’t fit in her dress.

She used her severance pay to fund gastric bypass surgery — a decision which eventually led to new roles.

Russia’s Anna Netrebko, another global star, meanwhile shocked some of her fans after returning from maternity leave 13 kilos heavier. She retorted that she’d never sung better.

And there was widespread anger in Britain among colleagues of mezzo-soprano Tara Erraught when words like “dumpy” and “stocky” littered press coverage of her performance at the Glyndebourne festival.

“There was little comment on her musicianship, dramatic commitment or her ability to communicate to an audience and to move that audience to tears,” wrote fellow mezzo Jennifer Johnstone.

Some critics shot back that opera is a visual artform, and that people need to be believable as the characters they are playing.

But “body-shaming is not acceptable”, insists Oropesa, who is sick of rich patrons saying “‘Oh, I am so glad you’re not fat, like so and so’ — because they think they are entitled to say things like that.”

Whether or not there’s a link between sopranos’ weight and their performance is still disputed.

Some fans believe Callas’ voice deteriorated because she lost weight, but specialists contest this.

Oropesa believes it’s a myth that “you should be fat to able to sing”.

And while she stresses that she doesn’t care about how thin people are, she also says she’s seen nothing but benefits to her change in lifestyle.

To slim down, Oropesa didn’t resort to drastic surgery or a starvation diet — she started running marathons.

“I have done six marathons and I run almost four to five days a week,” she said.

These days, “when I run around the stage it doesn’t make me feel sweaty, or dying out of breath, because I run a lot”.

After Paris, Oropesa heads to Rome where she’s performing Verdi’s “Rigoletto”, then to Barcelona for Handel’s “Rodelinda” before shows in Brussels and Pittsburgh.

“It is non-stop — a real vocal marathon,” she said with a smile. MKH

Read Next
David Guetta breaks down his formula for success, talks new album
EDITORS' PICK
Piolo Pascual: The Ultimate Heartthrob continues to level up
Garcia softens stance, meets IATF halfway on swab-upon-arrival policy
Manila is 78th most expensive city in the world for foreign workers
Want to help local farmers? Shop small and eat Real Food
TeaM Energy pushes development programs to help in pandemic rebound
ICC is everything but a court of ‘white people’
MOST READ
Sharon Cuneta on living in the US: ‘Nagagawa ko lahat ng normal na bagay’
Mike Nieto asks fans: ‘No below the belt remarks’ toward South Korea
Duterte-Duterte tandem possible but ‘winnability is another question’ — Binay
Pangilinan says LP making efforts to reach out to Lacson, Isko, others
Don't miss out on the latest news and information.

ICC is everything but a court of ‘white people’

Mike Nieto asks fans: ‘No below the belt remarks’ toward South Korea