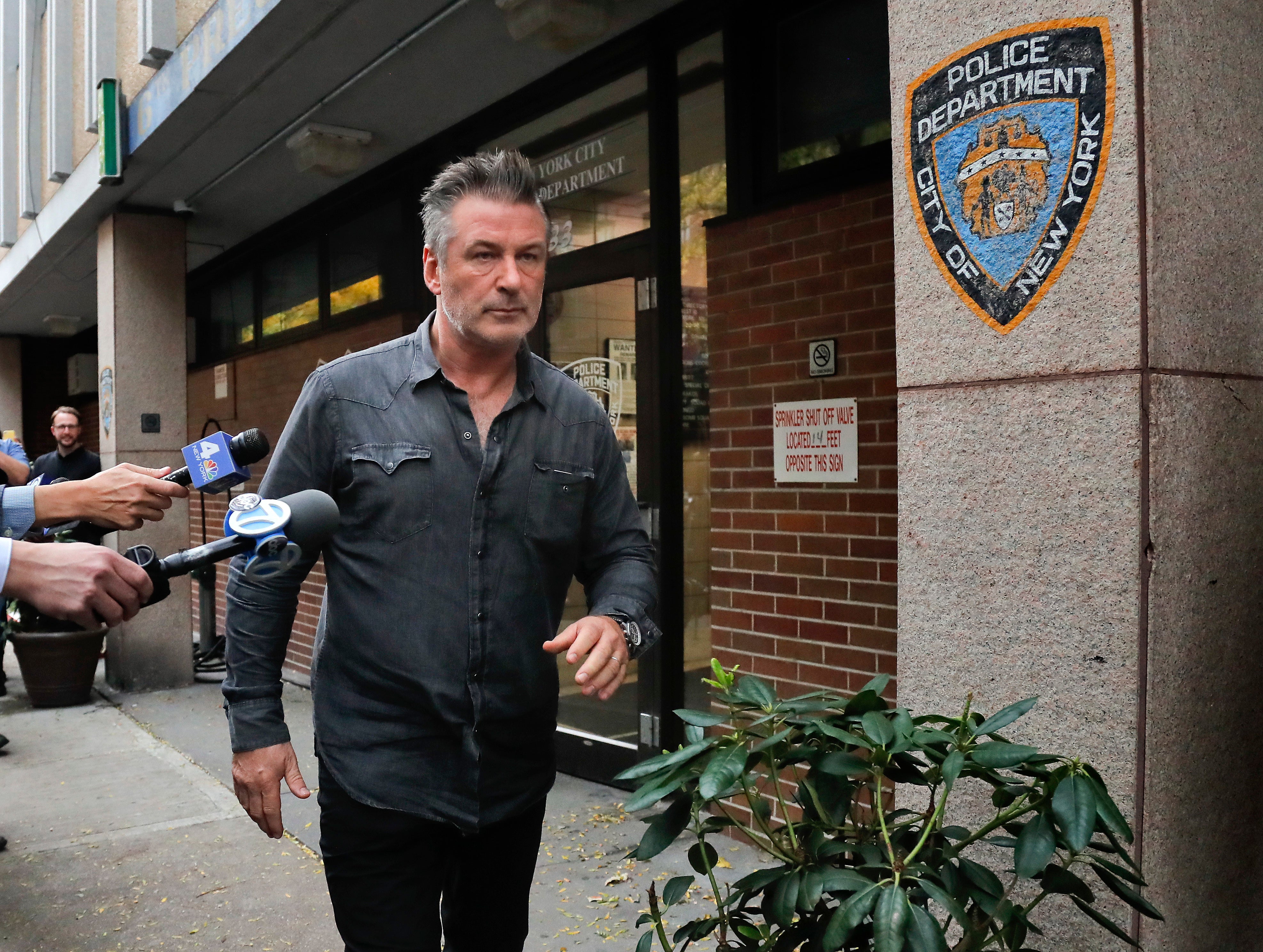 Actor Alec Baldwin walks out of the New York Police Department’s 10th Precinct, Friday, Nov. 2, 2018, in New York. Baldwin was arrested Friday after allegedly punching a man in the face during a dispute over a parking spot outside his New York City home, authorities said.(Photo/Julie Jacobson)

Police said the actor claimed he had a family member holding the spot for him as he attempted to park his black Cadillac Escalade around 1:30 p.m. when a man driving a black Saab station wagon pulled up and took it.

Police said the men were arguing and pushed each other before Baldwin, 60, got more aggressive. The driver of the station wagon told police Baldwin hit him with his hand, but wasn’t sure if it was a punch or a slap.

The driver, 49, was taken to a hospital with jaw pain and redness in the neck area, police said.

Baldwin was released from a nearby precinct in Manhattan’s Greenwich Village neighborhood about two hours after the incident. He was ordered to appear in court Nov. 26.

Baldwin walked silently past reporters and photographers to a waiting SUV on Friday afternoon. His publicist did not immediately respond to a message requesting comment.

Asked about Baldwin’s arrest, Trump said: “I wish him luck.”

An ABC spokeswoman had no comment about Baldwin’s arrest, other than to say his talk show will air Sunday night as scheduled.

The most recent episode, with less than 1.5 million viewers, had the smallest audience of any prime-time program on the top four broadcast networks over the past week, the Nielsen company said.

Baldwin’s past scrapes with the law include a 2014 arrest in New York City for bicycling the wrong way on a one-way street and a 1995 arrest for allegedly slugging a paparazzi photographer in Los Angeles, one of several such run-ins.

Baldwin was booted off an American Airlines flight in 2011 after allegedly getting belligerent with a flight attendant who asked him to stop playing “Words with Friends” and put his cellphone away.

After the bicycle-related arrest, Baldwin told New York magazine he was ready to quit his public life and leave the city, an hour train ride from where he grew up on Long Island.

“I just can’t live in New York anymore,” Baldwin said in the article. “Everything I hated about L.A. I’m beginning to crave. L.A. is a place where you live behind a gate, you get in a car, your interaction with the public is minimal. I used to hate that. But New York has changed.” /muf