For the love of Rico J | Inquirer Entertainment

For the love of Rico J 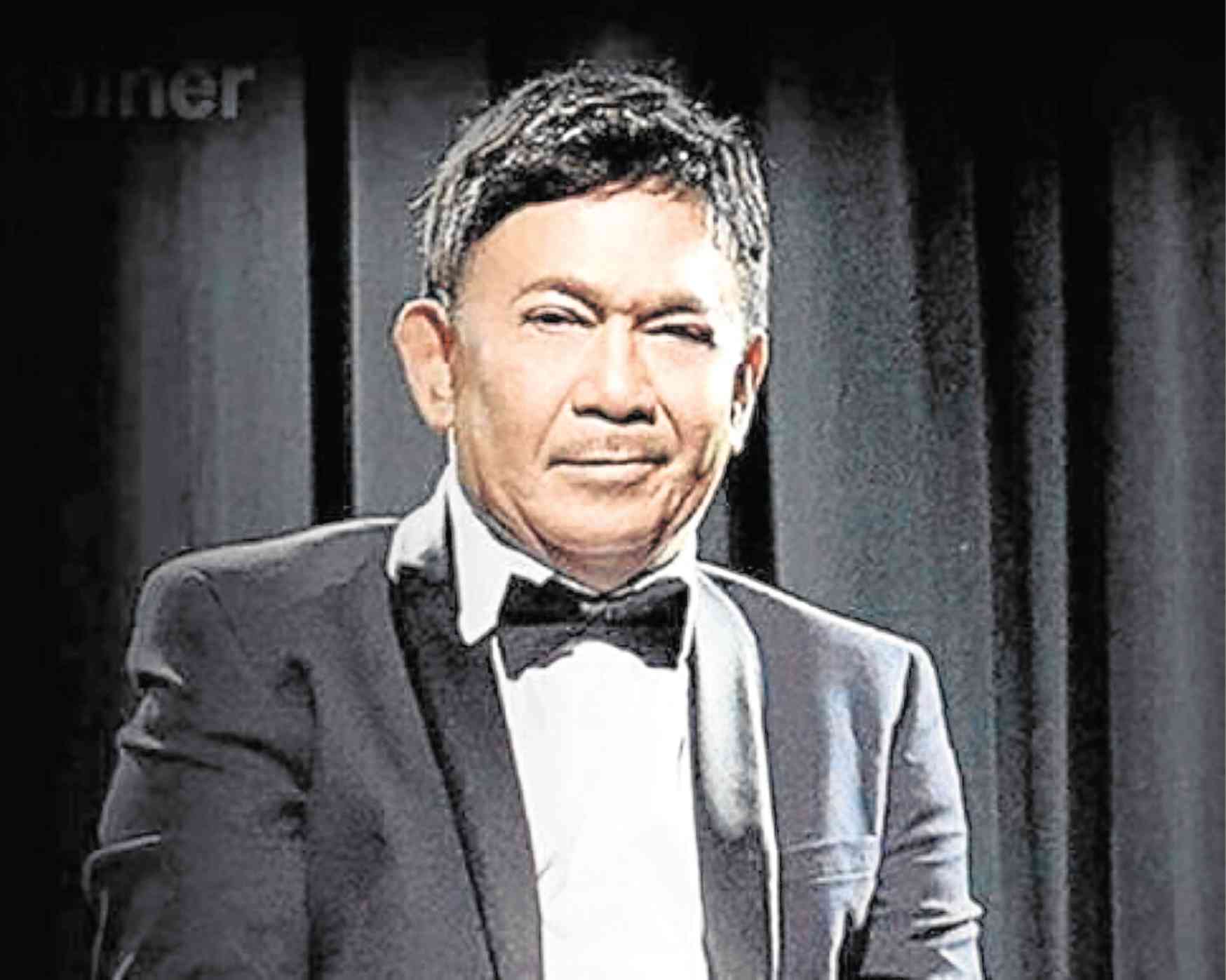 You don’t need to know Rico J. Puno’s life story to understand the shock and profound sadness that greeted his death on Oct. 30.

With his untimely passing, Original Pilipino Music (OPM) lost one of its hit-churning and genre-defining pillars. He was loved as much for his winking, risque humor as he was for his music and performing savvy.

Rico J was a significant part of the soundtrack of our youth. We didn’t know the singer very well, but his “birit”-ready ballads and dance hits made us feel like he was one of those next-door neighbors you couldn’t ignore. We remember growing up in Davao del Sur singing “Selos” or “Macho Gwapito” at the top of our lungs on our way home from school.

But, if his death has struck a chord with us, his colleagues and fellow hitmakers are feeling the void he’s left even more. Take Sharon Cuneta, who grew up performing with the Total Entertainer in their Vicor and Blackgold heyday.

“We and the whole entertainment industry have been turned upside down by your passing,” wrote the Megastar in her message to Rico J on Instagram. “I hated when you would make green jokes, but loved that they made people laugh. You were a true gem of a talent, and person, dearest Kuya Rico. Thank you for being so sweet and loving to me… Huwag masyadong bastos ang jokes sa taas, ha, kuya? Baka ihagis ka ni Lord pababa, hala! Seriously, we will never be the same… I will miss you dearly.”

The Superstar, who costarred with the Total Entertainer in two of Luciano “Chaning” Carlos’ films in 1977, belatedly learned about her friend’s unexpected death because she’s just been discharged from the hospital where she was confined due to severe coughing and fever.

Rico J, an incumbent councilor of Makati’s first district, suffered a stroke in 2015.

On Wednesday, Rico J’s friend and former talent manager Norma Japitana said the singer’s interment was tentatively set for Nov. 8, since his family is still waiting for other relatives to arrive from the United States.

Norma J added that Rico J’s colleagues were planning to organize a show on Nov. 7 as a tribute to the singer. Viva Entertainment hosted dinner for those who paid their last respects on Wednesday night. His remains lie in Santuario de San Antonio, Forbes Park, Makati City.

Inquirer Entertainment has also reached out to Rico J’s other friends in the music industry—including newly minted National Artist for Music Ryan Cayabyab—each of them as distinguished as their fallen colleague: 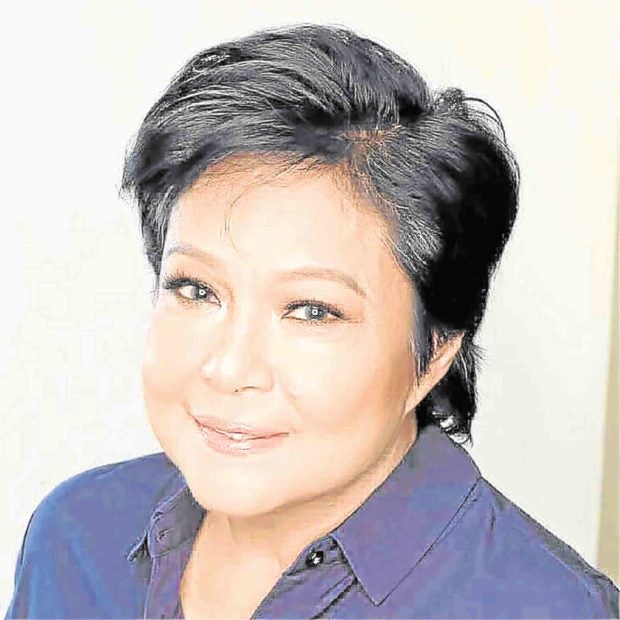 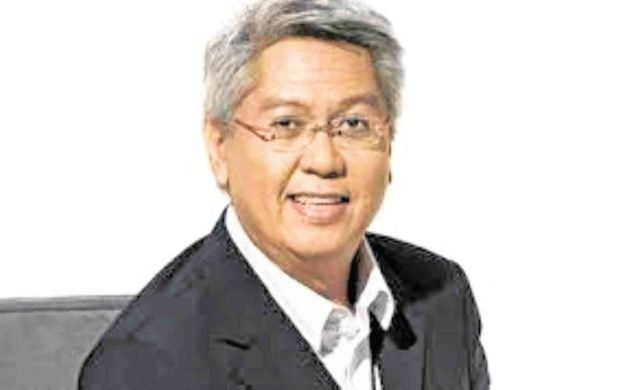 RYAN CAYABYAB. I was a big fan of Rico J in the ’70s. I wasn’t in the recording industry yet when he became such an important icon. In his heyday, he was an incomparable “total performer”—an entertainer without peer. 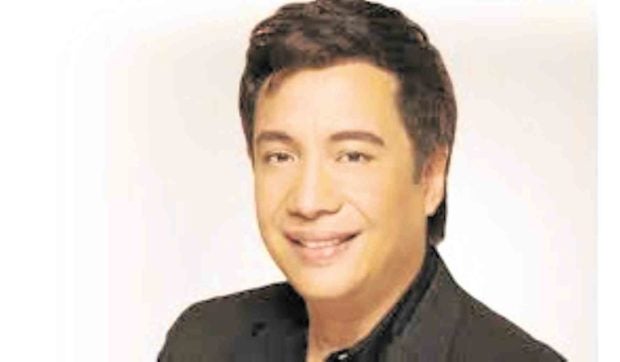 NONOY ZUÑIGA. This is one scenario I distinctly remember, which happened in 1973, before RJP became famous, and I was singing with a band, alternating with him. I was outside the lounge puffing my cigarette when he approached me and said, “Noy, pahithit nga?” I smiled and gave it to him. Then, he smiled back and said, “Salamat repapips (pare), then he casually walked away, saying, “Singer ka! Bawal sa ’yo ang sigarilyo!” Then, he laughed.

I was dumbfounded. That cigarette was my one and only stick left for the day.

My friend, the great OPM icon, just took a bow! He may be gone physically, but his music and songs, his legacy and spirit will remain embedded in our hearts forever. So, ladies and gentlemen, once again, the Total Entertainer … Mr. Rico J. Puno! 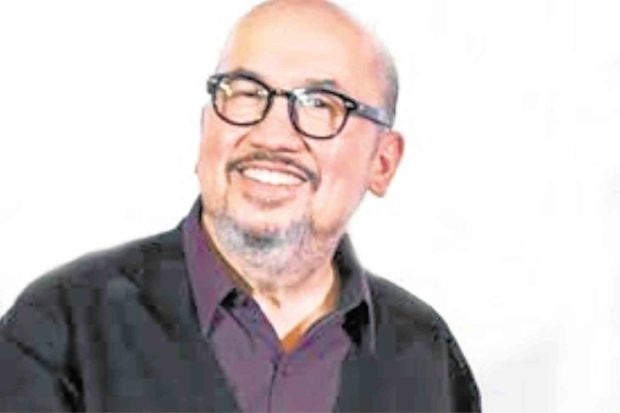 BOSS VIC DEL ROSARIO JR. OF VIVA/VICOR. We lost one of the greatest entertainers who ever lived. He was one of a kind. I will always feel privileged that I was given the chance to nurture his talent and introduce him to show business. He was also a good friend. There will never be another Rico J. Puno.

ZSA ZSA PADILLA. I guested Rico J during my Valentine concert after I gave birth to Zia, back in 1992. During rehearsals, he was making jokes about Dolphy’s exes and warned him not to do so at the show and jokingly told him to listen to me since I was producing the show. He nodded, but went ahead and cracked the same joke at the show!

He was known for telling green jokes. He was one of the few artists who was never afraid of censorship. But, how he made people laugh! He was highly entertaining and always displayed amazing vocals onstage.

Offstage, Rico J was sweet and caring, and would always chat with everyone. His brand of singing was soulful; his wit and humor unique.
He left us songs that will be enjoyed by generations to come. And for that, we thank you for the music, Rico J! 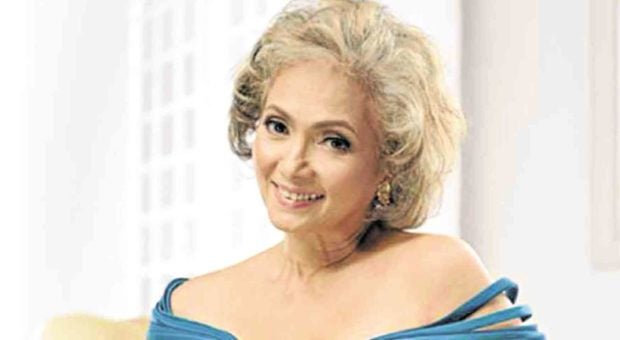 CELESTE LEGASPI. The longest I worked with Rico J was in “Jesus Christ Superstar” in Tagalog. He made a unique and exciting Judas. Each performance was an adventure. We’d always think: Is it tonight when he will break the rules?
But always, his voice and styling were filled with soul and passion. We just lost a great Pinoy voice. I’m so very sad. 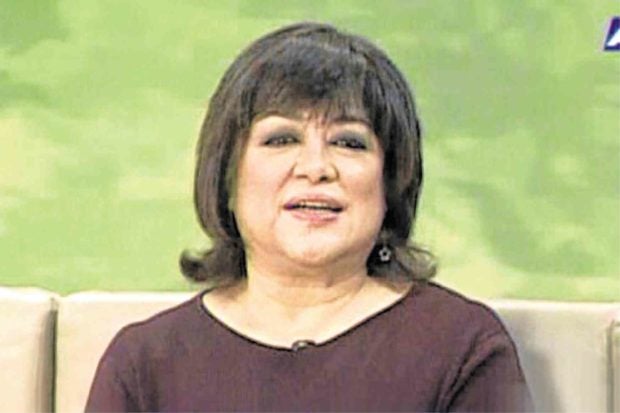 MITCH VALDES. When Rico J sings, you stop to listen. No embellishments, no pyrotechnics, each word clear and lucid—and the message hits home. One must feel very deeply for this to come across and yet, what he presented to the world was very different.
Initially, he would be the partying comic, then you’ll see the complete turnaround when the singer exposes his soul. What a paradox! And yet, the people continued to respond for decades, so he must have been doing something right. Hay, Koriks! What was your secret? 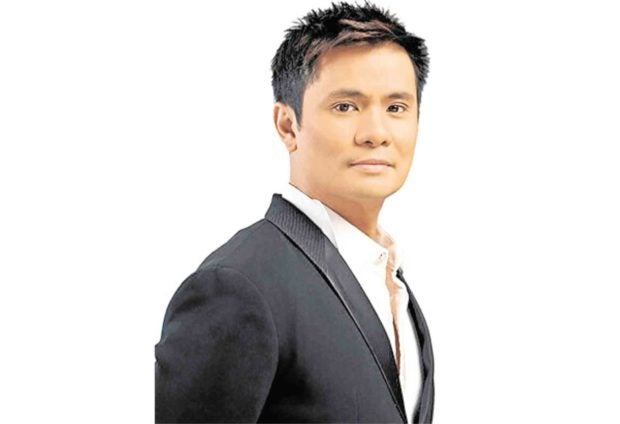 OGIE ALCASID. I have so many fond memories of him: First, as a young boy, I would copy him. He was my idol—he was the reason I wanted to be a singer. So, when I finally met him around 1989 or ’90, I was starstruck. He was kind and generous. I worked with him in the sitcom “Vina” on ABC 5. That’s where we became close and often ended up “double dating.”

I also introduced him to golf, and he loved the game so much.

In 2005, I toured the US with him, Regine (Velasquez) and Ai-Ai (delas Alas) in a “fantaconcierto” show. He always led the prayers, even if he was known to be “bastos” (naughty). More than being my idol, he was a dear friend. 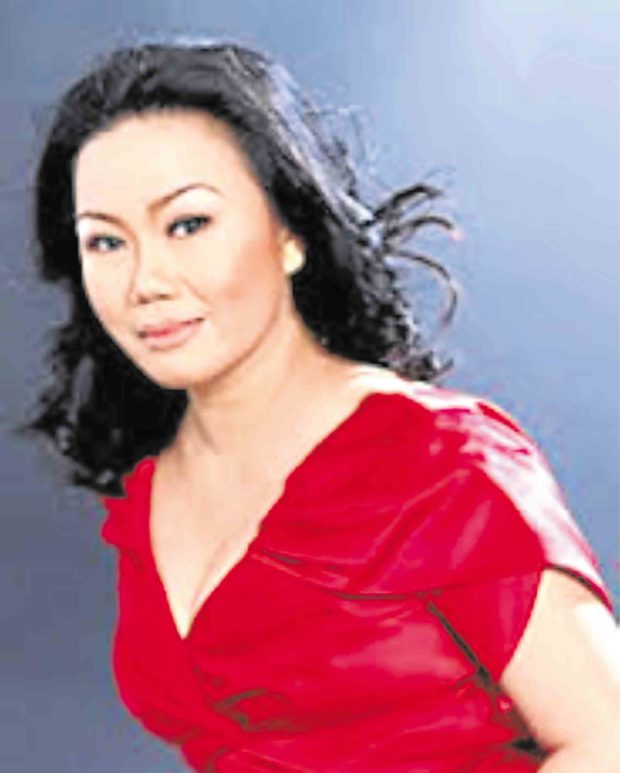 DULCE. He introduced me to the concert-going public when I was 14 via our duet, “Dahil sa ’Yo,” at the Cebu Coliseum. I was so scared, but musical director Toti Fuentes assured me that Rico was “mabait” (kind) and very accommodating, sometimes to a fault. He told his managers and handlers then to bring me back to Manila after my stint in “Tawag Ng Tanghalan” ended in 1975-’76.

In our shows, he used to describe me as “apat ang karburador”—I would merely laugh along even if I didn’t understand what he meant by it. I laughed at his jokes, and cringed at many of them. He made fun of me each time we were with friends … that we couldn’t party, because I might start reading the Bible!

The public knows how crazy he was, but I guess they never saw the other side of him—the soft, caring and nurturing side of Rico J, whose laughter had a certain kind of sadness each time we reminisced about our humble beginnings.

I am forever grateful, pare—for all the love and support you gave me through all those 42 years. Thank you for the most important lesson you taught me … to “never abandon your signature song (‘Ako ang Nagwagi, Ako ang Nasawi’) no matter how sick and tired of it you get, because you owe it to the public who supported you, and to the composer who gave you your niche in the entertainment arena.” 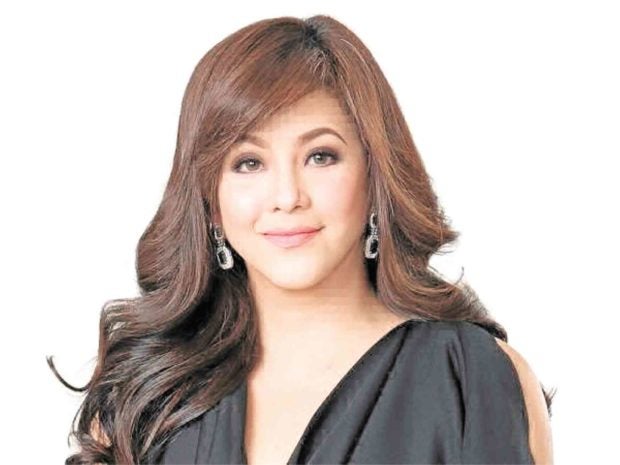 REGINE VELASQUEZ. Rico J’s “Buhat” was the first song I ever sang in public. I was 6 years old. I am saddened by the news of his death. 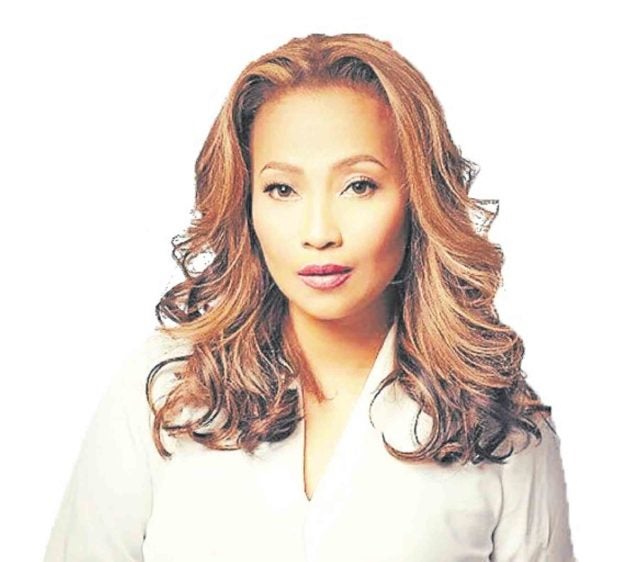 JAYA. While I’m deeply saddened that Rico J is gone, I’m mostly honored to have met him, shared the stage with him, laughed and shared dirty jokes with him, and sat with him at the Hurados’ Table in “Tawag ng Tanghalan” (a singing tilt segment of the noontime program, “It’s Showtime!”).

The first time I met Rico J was either in 1977 or ’78, when my mom, Elizabeth Ramsey, took me to a performing hotspot called the Impierno Club, where they used to perform. He’s one of the Filipino soul artists I admire, because of his unique, powerful and raspy voice. —WITH A REPORT FROM MARINEL R. CRUZ