QCinema 2018: Stirring intimations of death, redemption and the afterlife

While this year’s editions of Cinemalaya and CineFilipino gave us reasons to cheer about—like “Liway” and “Pan de Salawal” from the former, and “The Eternity Between Seconds,” “Gusto Kita with All My Hypothalamus” and “Delia and Sammy” from the latter—we were, for the most part, underwhelmed by the 2018 entries fielded by ToFarm and Cinema One.

As for QCinema, which ended its nine-day run yesterday, much of the initial theater-hopping difficulty that we had to hurdle involved the “limited” scheduling accessibility of the five full-length entries in the festival’s all-Pinoy Circle category.

The prospect of seeing the exceptional likes of Japan’s “Shoplifters,” the United States’ “Piercing,” France’s “Sorry Angel,” South Africa’s “The Wound,” South Korea’s “Burning,” Singapore’s “A Land Imagined” and Indonesia’s “The Seen and Unseen,” was an ineluctable thrill, but we would have loved to see more than just five entries in QCinema’s local feature-length showcase.

But, at least Dwein Baltazar’s exquisitely realized dark comedy “Oda sa Wala” and Dan Villegas’ offbeat rom-com “Hintayan ng Langit,” both provocative intimations of grief, death and the afterlife, were worth the wait.

While their distinctive thematic tones are a study in contrast—one is deliciously dour while the other, rousingly appealing—it’s inarguable that they’re also two of 2018’s best films. 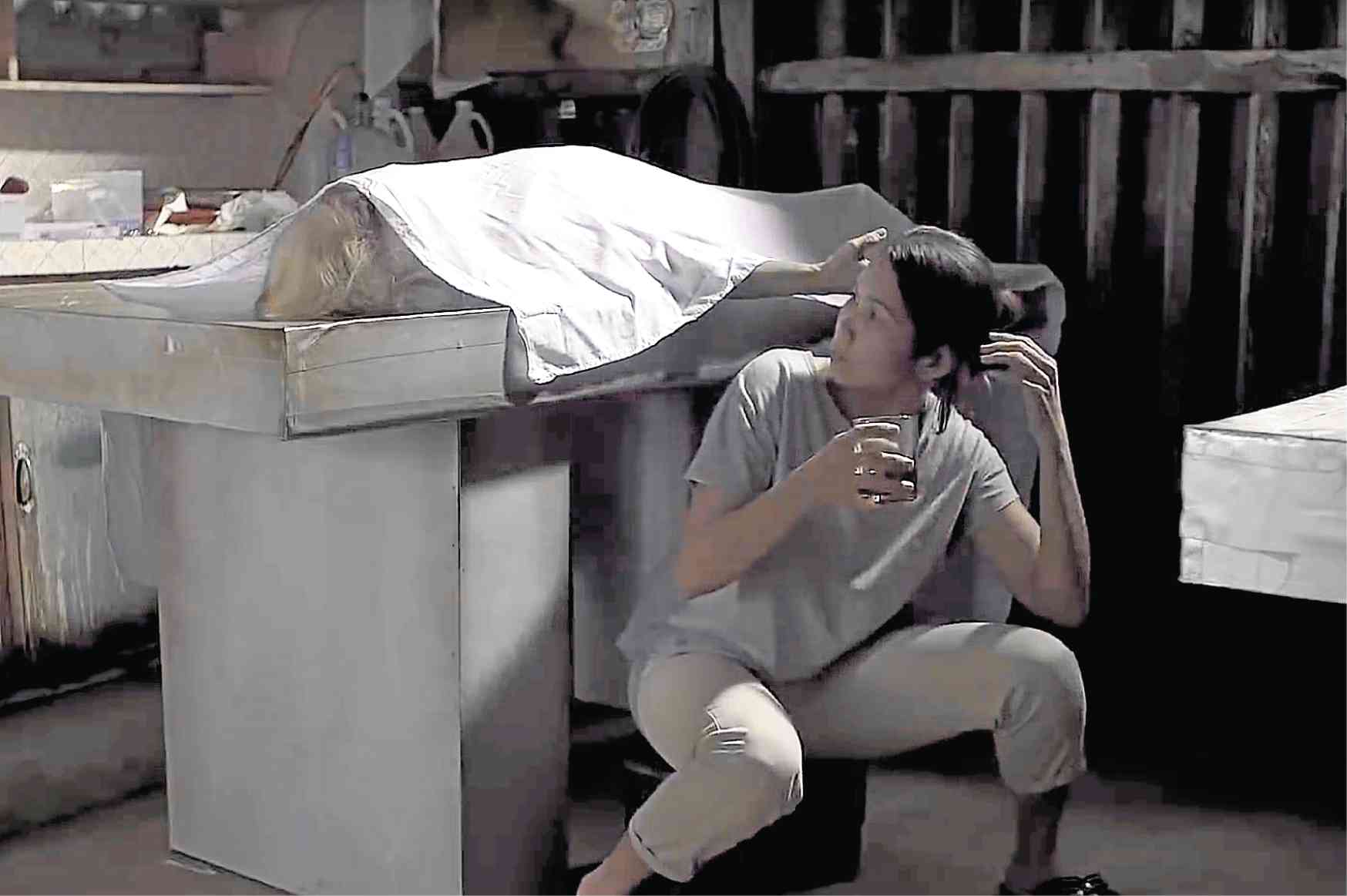 Pokwang, who was declared QCinema’s best actress, is known for catty comedy more than gut-wrenching drama, but it’s this self-deprecating irreverence that serves her well in her forays into indies with “morbid” themes.

She basically played herself in ToFarm’s largely unsatisfying “Sol Searching,” which had the comedienne dragging a dead teacher’s corpse for much of the production’s running time.

However, Baltazar’s “Oda” gives Pokwang’s thespic wings more elbow room to stretch. But, it’s ironic to note that, as with “Sol Searching,” her “costar” in her latest movie is—another dead body!

The actress, now billed as Marietta Subong (the comedienne’s real name), makes her quirks work in her favor as she inhabits the character of lonely Sonya, who unexpectedly finds an unlikely “ally” in the decomposing cadaver she decides to “continually preserve.”

Devoid of her “silent” new friend’s judgment, Sonya slowly emerges from a cocoon of stultifying invisibility. It doesn’t take long before her newfound spark reenergizes her relationship with her distant father (Joonee Gamboa), and even allows the friendless old maid to shyly venture into the romantic arena.

But, when Sonya falls in love with Elmer (Anthony Falcom), the taho vendor who adds excitement to her dull existence, she realizes that cutting up corpses is easier than falling in love!

The movie’s droll humor keeps viewers as engaged as they are mortified by its gritty, gruesome development, conveyed by  Baltazar  with morbid flair and chuckle-inducing panache!

Death also looms large in Villegas’ geriatric love story “Hintayan sa Langit,” which is served well by its zippy mainstream appeal and the crowd-pleasing chemistry that drives the performances of award-worthy Gina Pareño and her “kwela” consort, best actor winner Eddie Garcia—who’s still as sharp as he is productive at 89 years old! (He also won best actor at this year’s Cinemalaya fest, for the martial law thriller “ML.”)

The film proves that a film need not have the wrinkle-free mugs of the John Lloyd-Bea Alonzo, KathNiel, JaDine and LizQuen tandems to sweep hopeless romantics off their feet.

More than that, it demonstrates the resilience of the human spirit as we seek a measure of happiness from the difficult or less-than-ideal choices we make. After all, uncompromising love does not exclude unconditional forgiveness.

Lisang (Gina) finally gets the score-settling chance she’s been waiting for when the “halfway house for itinerant souls” suddenly announces that new arrival Manolo (Eddie), Lisang’s ex-boyfriend, is scheduled to arrive and share her room with her.

For two years, the overstaying Lisang has been the house’s most troublesome boarder, because every time she’s expected to finally get her passport to Heaven, she would inexplicably start picking fights that further delay her ascent to her final destination. She doesn’t seem to be all that enthusiastic about her impending cross over. 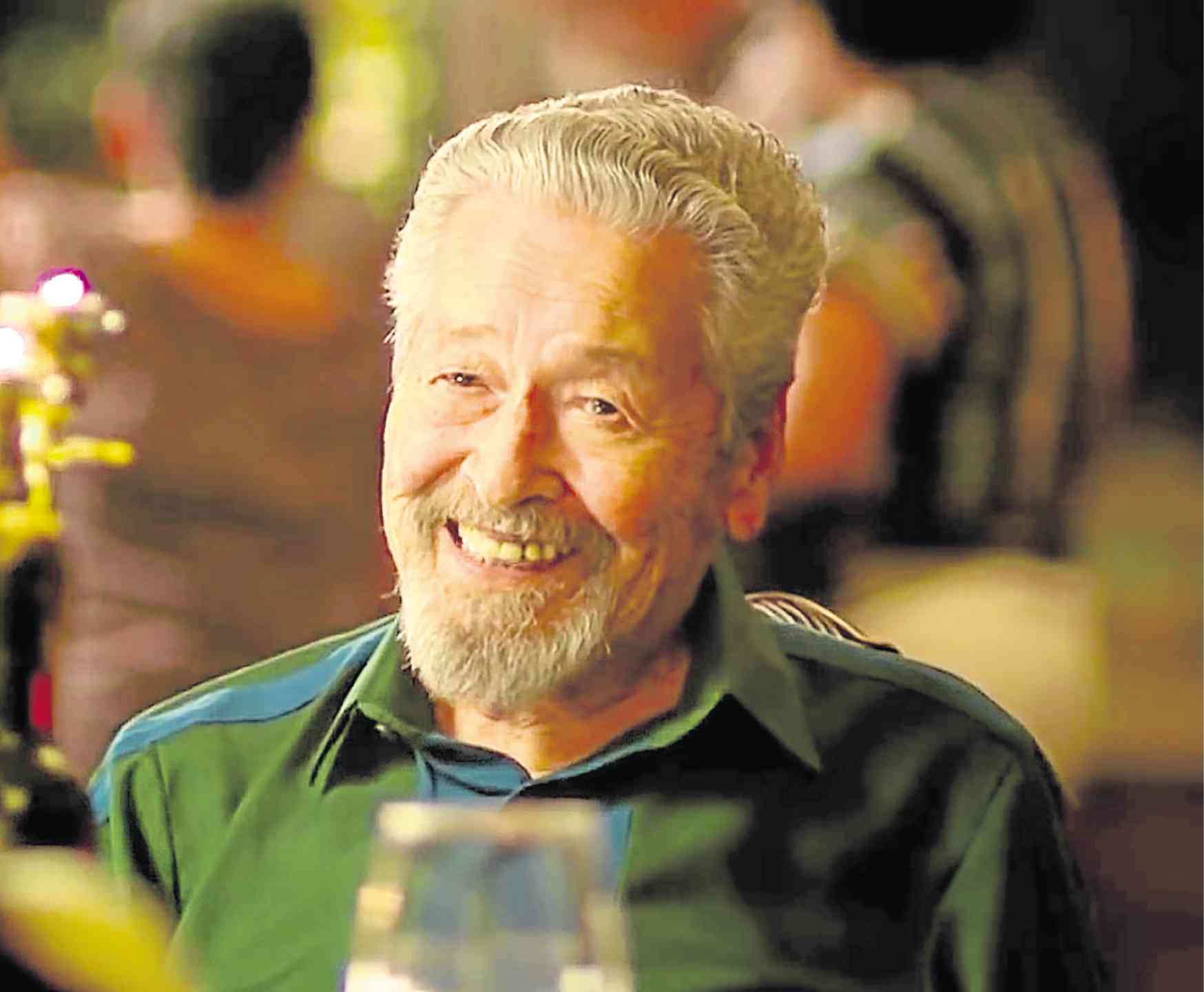 But, meeting Manolo again brings back a flood of exhilarating and painful memories of the love they once shared, and the cruel circumstances that prevented the young lovebirds (Jomari Angeles and Mary Joy Apostol, as the teenage Manolo and Lisang) from riding happily into the sunset.

Manolo and Lisang loved each other so much that they even attempted to elope twice—but, as it sadly turned out, it was a love that was never meant to be.

Their temporary time together allows the couple to settle their unfinished business with each other, just before they cross over to Heaven and spend the rest of eternity with their respective spouses, Nestor and Ester.

With Heaven urgently prodding Lisang to standby for her final ascent, time is quickly running out for the star-crossed couple. They realize what they stand to lose in their third parting—true love—and, this time, it’s for good!