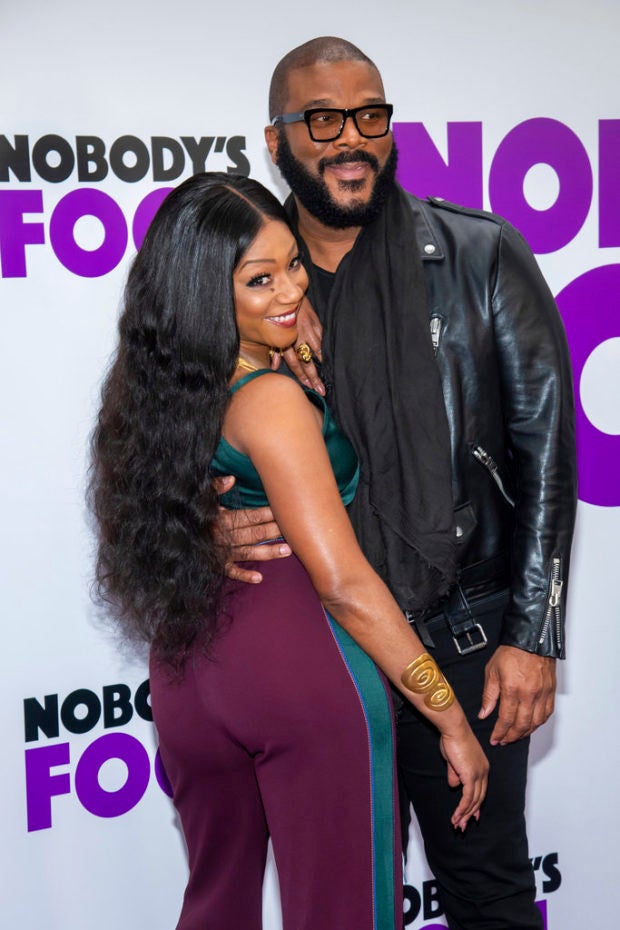 NEW YORK — At the world premiere of his new film, “Nobody’s Fool,” Tyler Perry hoped that “good people” from all backgrounds will “step up and do the right thing” to end the divisive speech that many believe has led to violence.

Perry, who serves as the film’s writer, director and producer, expressed his anger on the purple carpet before a screening in New York on Sunday. He denounced “people using their microphone and platform for division to tear us apart just to win.”

“I’m hoping that good people will step up and do the right thing. Black, white, Republican, Democrat, gay, straight — step up, vote, do the right thing to make sure that this kind of voice and rhetoric is extinguished,” Perry said.

“Nobody’s Fool” star Tiffany Haddish hopes that in some way the film can provide an escape from the violence and threats over the last couple of days.

“Well, it has been a lot of tragedy, and a lot of bad things going on this past week. And I think the best medicine for that is to laugh, to find some way to escape a little bit,” Haddish said.

Haddish stars in the comedy as a woman recently released from prison who reunites with her sister. But she soon discovers that her sister, played by Tika Sumpter, is in an online relationship with a man she thinks may be manipulating her. “Nobody’s Fool” is out Nov. 2.

Omari Hardwicke, who also co-stars in the film, thinks it’s the entire world that has become harsher, and sees some non-political issues as contributors.

“I feel the country is colder, way more callous. People don’t care as much. There is a spiritual nature that is gone in households, and kids are growing up way too fast,” Hardwicke said.

Mehcad Brooks, who plays one of the men in Sumpter’s character’s life, said he’s especially bothered by President Donald Trump’s continued attacks on the press.

“My mother is a journalist. I take it very personally,” he said, referring to Austin American-Statesman editorial writer, Alberta Phillips.

At a rally in Charlotte, North Carolina, on Sunday, the president continued his attacks on the media, saying they are taking the “sinister actions of one individual to score political points.” The crowd broke into frequent chants of “CNN sucks!”

Brooks says as long as progressive thinkers are split over minor issues, those people who attack democracy will continue to thrive.