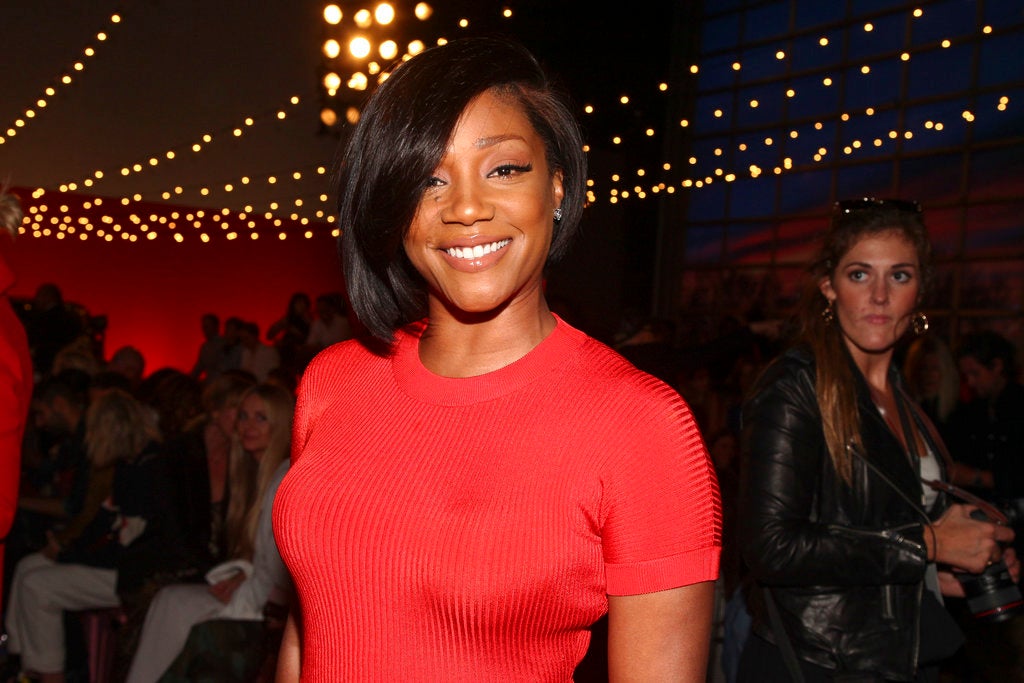 Ron Cephas Jones of “This Is Us” and Samira Wiley of “The Handmaid’s Tale” accepted guest acting honors in the drama series categories. 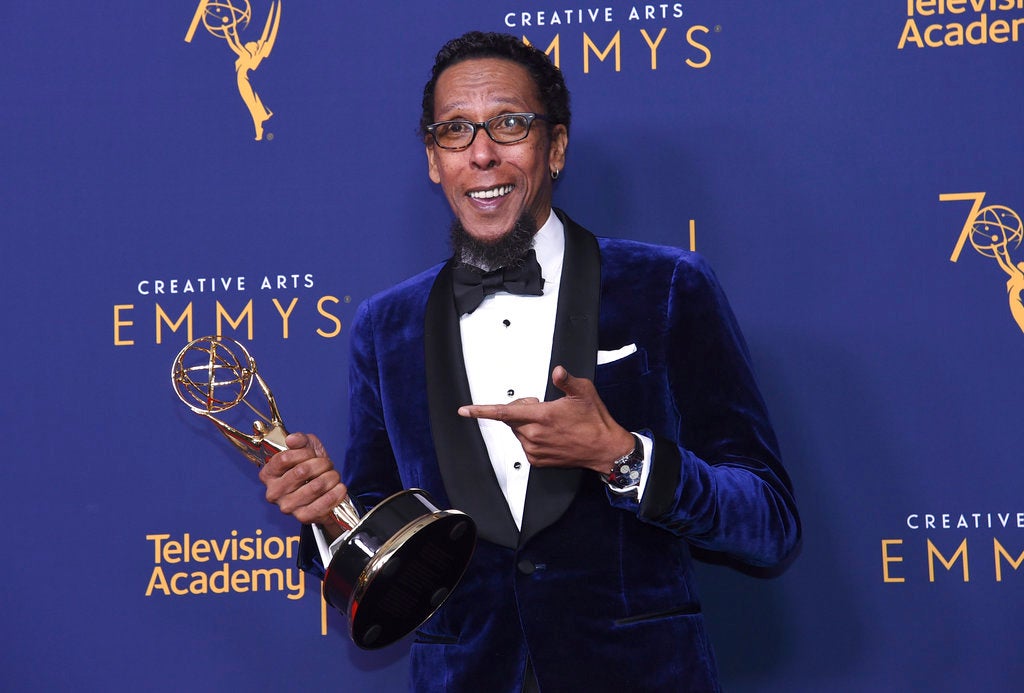 Ron Cephas Jones poses in the press room during night one of the Creative Arts with the award for outstanding guest actor in a drama series for the “A Father’s Advice” episode of “This is Us” Emmy Awards at The Microsoft Theater on Saturday, Sept. 8, 2018, in Los Angeles. Image: Richard Shotwell/Invision/AP 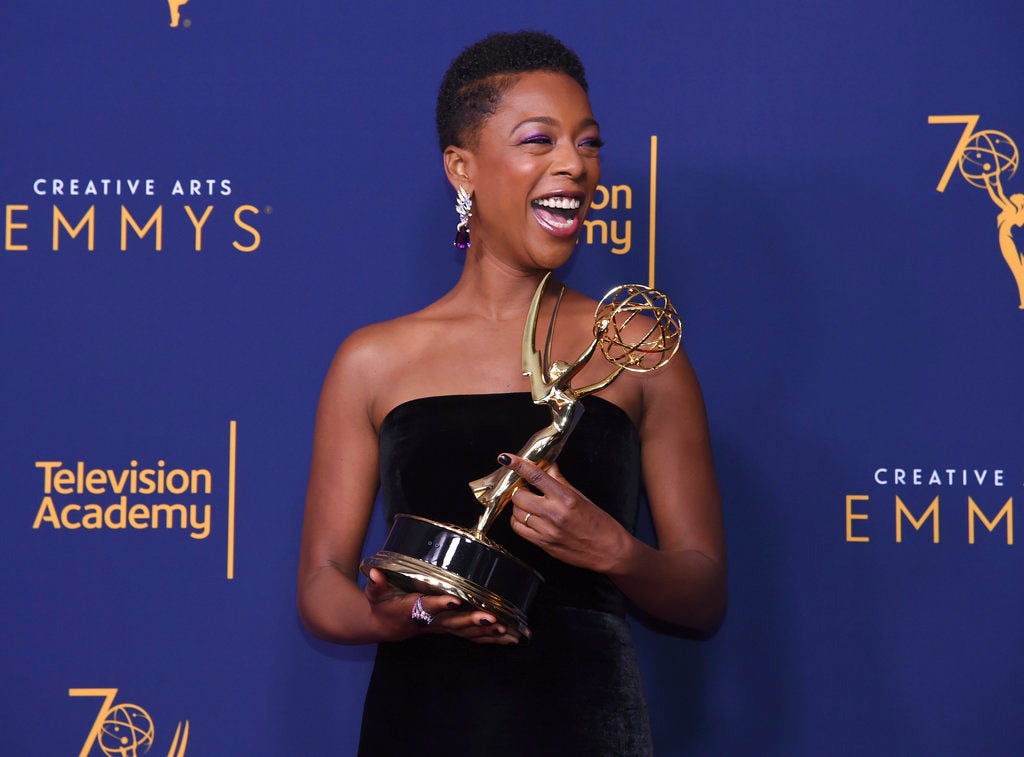 Samira Wiley poses in the press room during night one of the Creative Arts Emmy Awards at The Microsoft Theater on Saturday, Sept. 8, 2018, in Los Angeles. Image: Richard Shotwell/Invision/AP

Cephas, who plays a father who reconnects with his son (series star Sterling K. Brown) after a difficult life of drug addiction and loss, was asked backstage if his character would have been on TV in the past.

“No. Not in this incarnation. … Not that the audience wasn’t ready for it. But maybe the executives, or people that have a say in the writing, probably wouldn’t have been ready for this kind of thing. But now we are. We’re moving forward and moving ahead.”

In another step forward Saturday, Shauna Duggins became the first woman to win an Emmy for stunt coordination for a comedy or variety series for “GLOW,” about women’s wrestling in the 1980s.

The creative arts Emmys set the table for NBC’s Sept. 17 main ceremony, which could also advance inclusivity on-screen and off. Donald Glover, the star and creator of “Atlanta,” won trophies last year for acting and directing and is a multiple nominee again, with his show a top contender for best comedy.

Tracee Ellis Ross of “black-ish” and Issa Rae of “Insecure” are competing for comedy series acting honors. On the drama side, Brown could repeat as best actor for “This Is Us,” with Jeffrey Wright of “Westworld” among his competitors, while “Killing Eve” star Sandra Oh could become the first actress of Asian descent to win the top award.

Haddish, a hot property since her breakout performance in the movie “Girls Trip,” has been an Oscar presenter and MTV Movie & TV Awards host. She co-stars in the sitcom “The Last O.G.”

She was a no-show at the Emmys, but presenter Tichina Arnold had fun accepting for her.

“Tiffany couldn’t be here tonight. But, guess what, Tiffany! I’ve got your award, girl!” Arnold said, holding up the statuette triumphantly.

“I think you’re going to have to give that back,” presenter Gerald McRaney (“This Is Us”) teased her. 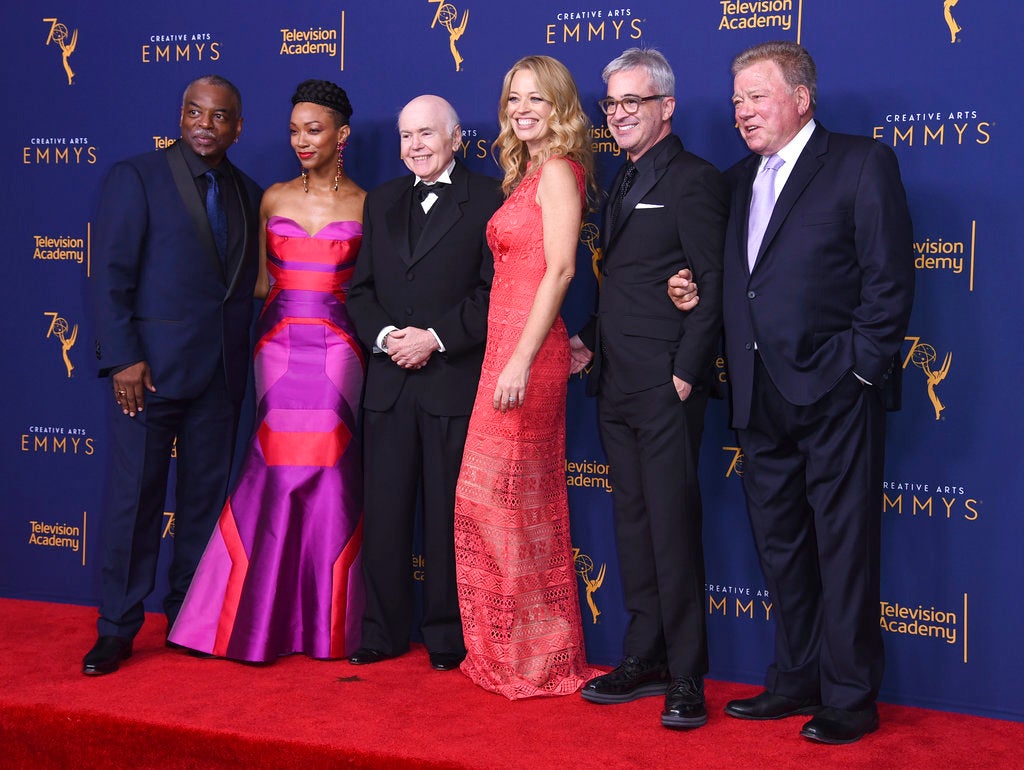 LeVar Burton, from left, Sonequa Martin-Green, Walter Koenig, Jeri Ryan, Alex Kurtzman and William Shatner pose in the press room after accepting the Governors Award for “Star Trek” during night one of the Creative Arts Emmy Awards at The Microsoft Theater on Saturday, Sept. 8, 2018, in Los Angeles. Image: Richard Shotwell/Invision/AP

“‘Star Trek’ has endured because it represents an ideal that is greater than the sum of our parts,” Shatner said. “The hope of ‘Star Trek’ is not just that it shows us what we can be tomorrow. But the real hope is how it’s been embraced and watched and reached to see the best version of ourselves.”

An edited version of the two-part creative arts ceremony, held Saturday and Sunday, will be telecast on FXX at 8 p.m. EDT Saturday, Sept. 15.

Among other awards presented Saturday:

– Actor in a short-form comedy or drama series: James Corden.

– Actress in a short-form comedy or drama series: Christina Pickles, “Break A Hip.”

– Music composition for a series (original dramatic score): Ramin Djawadi, “Game of Thrones: The Dragon and the Wolf.”

– Music composition for a limited series, movie or special (original dramatic score): Cyrille Aufort, “March Of The Penguins 2: The Next Step.” NVG