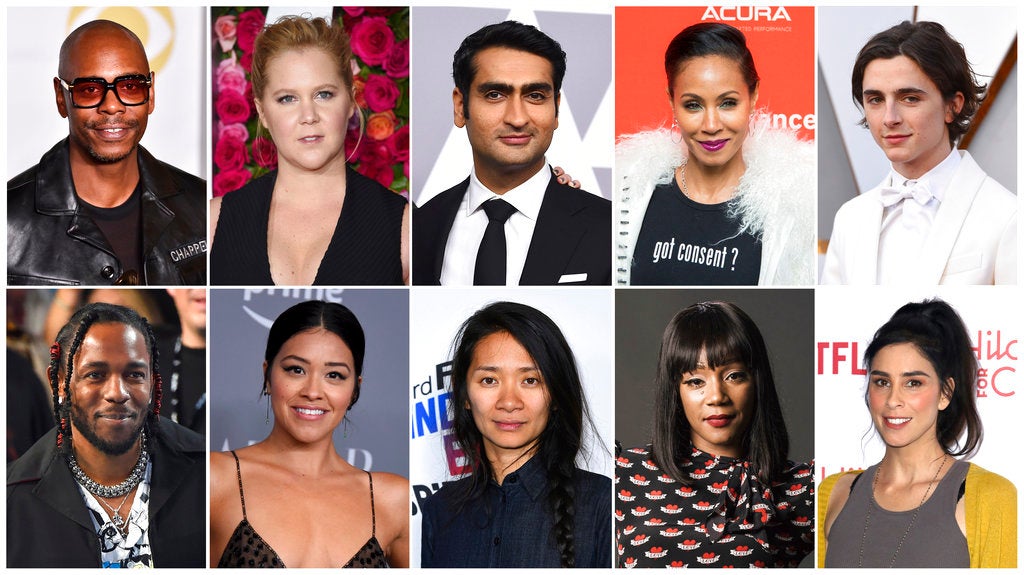 LOS ANGELES (AP) — The organization that bestows the Oscars is continuing to lean into its promise to make its ranks more diverse by inviting a record 928 new members representing 59 countries to join including actors Tiffany Haddish, Kumail Nanjiani, Gina Rodriguez and “The Rider” filmmaker Chloe Zhao.

The Academy of Motion Picture Arts and Sciences says Monday that that 49 percent of its invitees are female and 38 percent are people of color. Should all the invitees accept, the new class would boost its overall membership to be 31 percent female and 16 percent persons of color.

“Hey yo. I’m in The Academy,” Pakistani-American Nanjiani, who co-wrote and starred in “The Big Sick,” tweeted Monday. His wife and co-writer Emily V. Gordon was also invited to join.

Others celebrated elsewhere, like Haddish, who got the news from Melissa McCarthy on the set of their upcoming film “The Kitchen.”

“That super cool,” Haddish said in a video capturing the moment.

“So I get to vote?” Haddish added, before exclaiming with laughter: “I’m going to get movies for free?”

Invitees always range from relative newcomers to industry veterans. Some of the youngest prospective members include 22-year-old “Call Me By Your Name” actor Timothee Chalamet and “Beasts of the Southern Wild’s” Quvenzhané Wallis who, at 14, is the youngest invitee this year. Both were Oscar-nominated for their performances.

On the other end of the age spectrum is 84-year-old “Gosford Park” actress Eileen Atkins. Other highly-recognizable invitees include Dave Chappelle, Jada Pinkett Smith, Amy Schumer, Christine Baranski, Sarah Silverman and Kyra Sedgwick. A batch of “The Simpsons” stars was also among the acting invitees, for their various film roles, including Julie Kavner, Hank Azaria, Harry Shearer and Yeardley Smith.

Both blockbuster and indie films are fair game for academy membership every year too. This year is no exception, with invitations extended to persons in front of and behind the camera of films like “Star Wars” (including actress Daisy Ridley) and “Black Panther” (like actor Daniel Kaluuya, designer Ilt Jones and writer Joe Robert Cole) to people like the revered, but very niche Hungarian director Bela Tarr.

New members will get a chance to celebrate together at private receptions this fall. NVG

George Clooney on diversity in Hollywood: Changes needed in industry, not just Academy