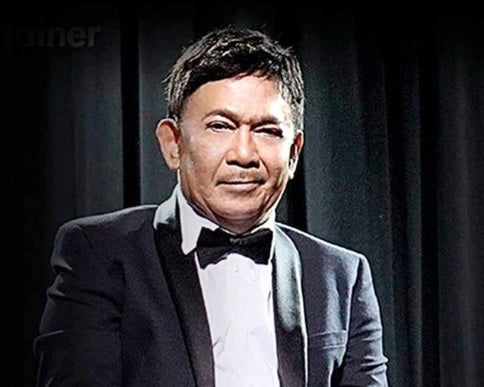 The ‘70s is considered by many as the golden era of Pinoy music and Rico J. Puno was among the voices behind the timeless Original Pilipino Music (OPM) hits.

As one of the pioneer promoters of Filipino music at the time, Puno was also a consistently active performer in the Filipino music industry since he launched his career in the mid-‘70s.

Commonly known as Rico J., his trademark was this soothing, raspy voice that serenaded generations from generations with his iconic hits.

To celebrate the legendary OPM icon who passed away on Tuesday due to heart failure, here is a playlist of his best hits from his 40 years in the music industry:

His Tagalog-infused song of Barbara Streisand’s “The Way We Were” in 1973 marked the beginning of his career. It was also the title of his first album produced by Vicor Records.

Included in his first self-titled album in 1976 are “Kapalaran” and “One Last Memory.” The same year, he won the Aliw Award for Most Promising Entertainer.

A year later, he bagged Aliw Award’s Entertainment of the Year. This same year was the time he released his album “Tatak” with undeniably one of his greatest hits “May Bukas Pa” and “Sorry Na, Puede Ba.”

In 1979, he released “Macho-Gwapito,” a song that continues to roam radio airplays and television shows.

Rico J talks about the biggest scare of his life

Rico J’s most important achievement in his 40-year career