Rico J talks about the biggest scare of his life 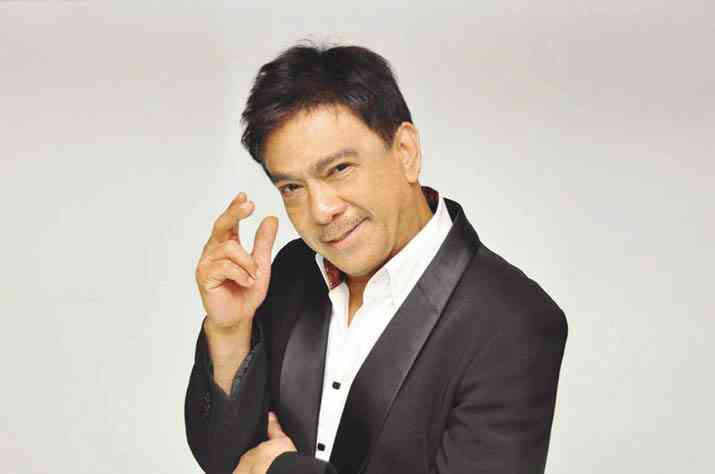 (NOTE: This story was originally posted on April 3, 2017. We are reposting this in memory of the late musician, Rico J. Puno.)

“For a while, I thought that my voice would not come back,” according to Rico J. Puno.

Two years ago, the local music icon underwent a triple bypass surgery, after experiencing chest pains and shortness of breath on the set of the sitcom, “Home Sweetie Home.”

And as with most patients who had to go through a medical procedure of this magnitude, Rico had to be hooked on tubes—one of which, he believed, “scraped his vocal cords.”

“During the first couple of weeks after the operation, my voice was really not OK… Whenever I tried singing, especially when I needed to go higher, I felt like my voice was going to give out; that I was going to completely miss the notes,” he told the Inquirer in a recent interview.

Mercifully, after two to three months of exercising and warming up his voice, it returned.
And looking back, that scare, Rico surmised, was maybe “God’s way” of reminding him to not abuse his body.

“That was when I realized just how big a role my voice plays in my life,” he related. “It is, after all, what allows me to pursue and practice my passion; it is my source of livelihood.”

One of his first performances after the surgery was in a tribute concert for Rey Valera last August.
Aptly, he sang “Ako si Superman.” He was still not at his best back then, but was nevertheless happy to be onstage once again.

“During our first rehearsal for the gig, the musicians of the orchestra put down their instruments and applauded me— as if saying that they were happy to see that I was well. It was a great feeling,” recounted the 64-year-old singer, who is regarded as one of the pioneers of OPM in the 1970s.

“I also believe that God allowed me to live, because I still have a mission to entertain and bring joy to people through my music,” Rico said.

Aside from this deepened appreciation for his craft, Rico said he has grown much closer to his family and friends since the surgery.
“I devote more time to them now. After what had happened to me, I felt that I must get in touch with all those who have helped me along the way,” said Rico, who is behind such hits as “May Bukas Pa” and “Macho Gwapito.”

“I was elated when I found out that my friends organized a fund-raising show for me. It was heartening to be reminded that I am loved by many,” he said. “And that was one of the reasons I recovered easily.”

Although Rico still has a lot on his plate—as a singer, actor and Makati City councilor—he makes sure not to overwork himself.
He has also cut down on his vices, and strives to maintain a stress-free lifestyle.

“I do not smoke anymore—OK, I sneak a stick when I am feeling nervous before a performance—and I no longer drink. I am the type of person who drinks with a new acquaintance so I could get to know him better; no more. I try to sleep well, too,” he said.

“But more importantly, I have learned to say ‘no’ and ‘Pare, next time na lang,’” Rico added. “I don’t go out when I do not need to. I give myself enough down time.”

But if there is one thing that he has not toned down, it is his humor—still very cheeky, very naughty.

Asked if hugot songs would be part of his and his colleagues’ repertoire, Rico, without skipping a beat, retorted: “Hindi lang hugot ang gagawin ko—may taktak pa.”