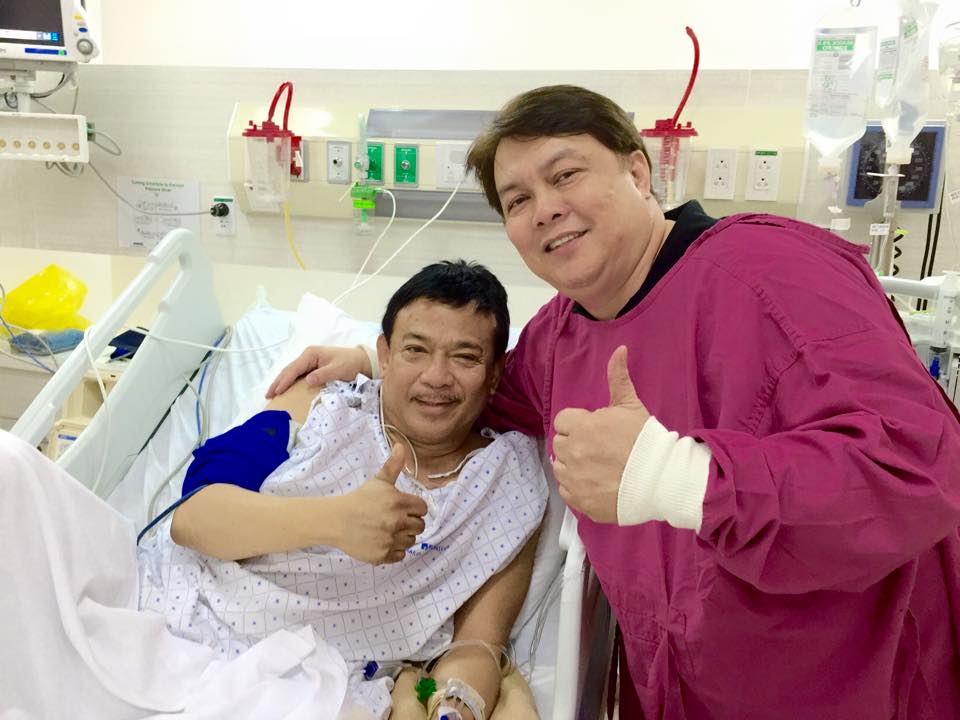 Rico J. Puno is visited by his friend, fellow musician Joey San Andres at his room at the Makati Medical Center during an earlier confinement. The OPM legend died on Oct. 30, 2018, due to heart failure.  CONTRIBUTED PHOTO / JOEY SAN ANDRES

In an interview with dzMM, Japitana said Puno was brought to the hospital for a regular check up on Sunday.

On whether Puno felt anything different before his passing, his manager said: “Wala naman eh. Para bang regular checkup lang. I’ve been talking to him, wala naman. Mabiro pa nga.”

Japitana shared that Puno already had a triple heart bypass in the past. He underwent open heart surgery in 2015. He also had a placement of pacemaker this year due to complications with his heart caused by diabetes.

Puno was set to return to the concert stage in “Sana Tatlo Ang Puso Ko” with comediennes Marissa Sanchez and Giselle Sanchez on Nov. 23 at The Theatre in Solaire. /cbb