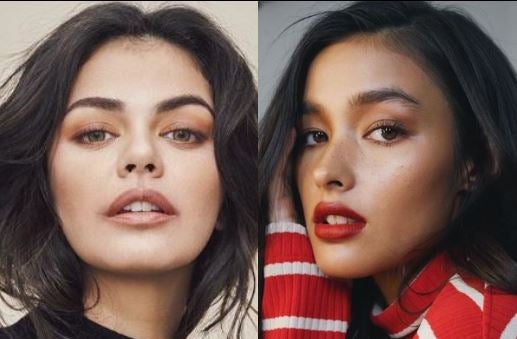 When in show business, one can never be completely free of intrigues and competition. But for Liza Soberano, such things are none of her concern  as she shows appreciation and admiration for fellow actors, whether from home network ABS-CBN or rival GMA.

Soberano recently took to Twitter and regaled her almost 3 million-strong following with an #AskLiza. Soberano wrote last Oct. 28 that she was trying to be a bit more active on social media and suggested to her fans to throw questions her way.

“Good morning everyone, I’m trying to be a bit more active on my social media accounts,” she wrote. “I missed you all. #AskLiza?”

Good morning everyone. Im trying to be a bit more active on my social media accounts. I missed you all. #AskLiza?

Her fervent fans didn’t pass up on the opportunity to ask their idol a question, as Soberano’s tweet has garnered almost 7,000 questions since the time of posting. Soberano, at one point,  was asked by a certain Gabby (@daoriginalg4b) who she’d like to work with from the rival network.

“If you were given a chance to work with someone who is under rival network who?” asked the netizen. “And why? #AskLiza.”

If you were given a chance to work with someone who is under rival network who? And Why? #AskLiza

Soberano shared that she was open to working with anybody, but admitted she was “obsessed” with Kapuso star Janine Gutierrez.

“I’m really open to working with anyone,” Soberano said. “One person I’m obsessed with is Janine Gutierrez.”

Im really open to working with anyone. One person im obssessed with is Janine Gutierrez

Gutierrez and Soberano have been pushed by their fans before to work on a project when Soberano was found admiring Gutierrez’s beauty in an Instagram post made by hairstylist Ethan David last August. Soberano’s praise of Gutierrez had their fans requesting for the two beauties to work together, such as in a movie or a photo shoot.

Soberano’s sweet gesture didn’t come unnoticed, as Gutierrez replied to her tweet and admitted she, too, was obsessed with her.

Fans have made the noise and now, Soberano and Gutierrez have also expressed their wishes to work with each other. Perhaps a project together could be granted? Nothing is impossible.  /ra

Read Next
Rico J. Puno died of heart failure, says manager
EDITORS' PICK
Geek out at TOYCON 2022 powered by Smart Signature
High inflation: Your P1 is now worth only 87 centavos
High-risk pregnancy: Reducing your risk is in your hands
Unemployment rate up to 6% in May
House energy committee chair Arroyo bats for cheap electricity
Bye bye Boris: UK PM Johnson bows out with regrets but no apologies
MOST READ
Suspect in grisly killing of missing woman in Bulacan arrested
Kim Atienza’s daughter flaunts bikini body in response to critics of her ‘revealing photos’
Bongbong Marcos’ first order: Abolish PACC, Office of Cabinet Secretary
Ex-Defense chief Lorenzana is the new BCDA chair
Follow @CCepedaINQ on Twitter
Don't miss out on the latest news and information.