Kris insists she and Gideon Peña will never be together: ‘I don’t wanna be a burden on anybody’ 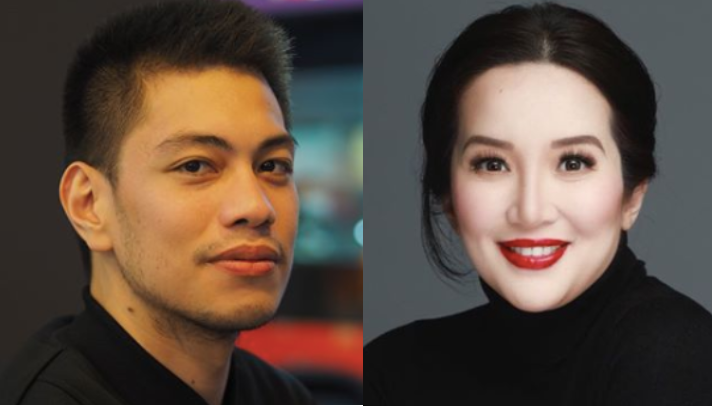 Kris Aquino put her foot down and said she and Atty. Gideon Peña will never be together.

Previously, fans were intrigued if a romance was brewing between the Queen of All Media and the lawyer and law professor. Aquino then thanked him for consistently giving her “genuine concern, friendship, respect [and] trust.”

Now, the media personality said with finality that the possibility of her and Peña being in a romantic relationship will not happen, as seen in Aquino’s second part of a life update interview released on YouTube Saturday.

When asked by interviewer Anna Pingol about the people that hoped they’d be together, Aquino replied: “Parang wag na silang umasa kasi parang tanggap ko na I don’t want to be a burden on anybody.”

(I think they should not bank on that because I think I’m resigned to the fact that I don’t want to be a burden on anybody.)

While she drew the line, Aquino said that Peña might join her production company. She told him before he decides to observe “the world that you can be comfortable with.”

Meanwhile, as she maintained about her friendship with Peña, she said that her son Bimby can date at 14 under one condition: “Pero sasama ako (But I’ll join them).”

And can she handle the possibility of Bimby falling in love with someone? “No! I’m gonna bully the mother of the girl!” Aquino expressed. She even warned: “At least ang nanay, winarning na! Prepared kayo!” (At least all moms have been warned! You’re all prepared!)

(And if my son cries, be ready. Be really ready for me, I will slash all the tires of your car.)

The second part of Aquino’s interview can be viewed below.  /ra