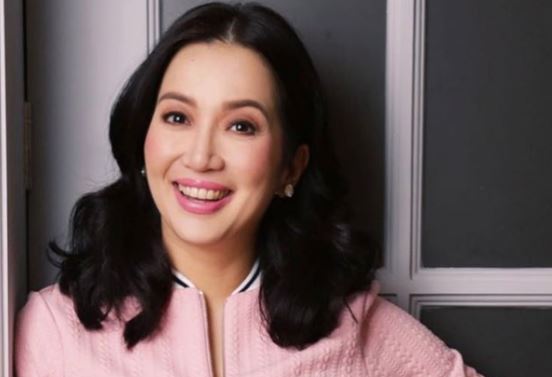 How could Bimby possibly tell his mom Kris Aquino that she has lost her “booty”? It looks like it has something to do with the actress’ current physical condition and latest health updates.

The Queen of All Media shared seven random facts about herself on her blog yesterday, Oct. 24. In her Instagram post on the same day, she introduced “a KCA a DAY”, a series of personal blog posts which she plans to upload at least four times a week. She said she is putting up “a KCA a DAY” to make the most out of her being an English literature and creative writing graduate.

She revealed that her news personality crushes are CNN journalists Anderson Cooper, Chris Cuomo and Don Lemon. And while she loves binge-watching American, Korean and British shows, reading books remains her “first and lasting love.”

Aquino gave fans insight into her medications and food restrictions. She said she drinks four types of antihistamines every day — three in the morning and four at night. She also needs migraine prevention medicine the week before and while she is on her period. Aside from these medications, she also takes a multivitamin, vitamin C and vitamin D supplements.

Apparently, she is only allowed a maximum of two glasses of cow’s milk per day. If ever she wants to drink more milk, she drinks calcium-enriched soy milk.

Unlike most people who are advised to drink more water, her doctor told her she has to lessen her water intake because she overhydrates. She said her sodium level is below the acceptable average.

Aquino divulged that she now only weighs 116 pounds and that she is precisely 161.5 centimeters in height. When she checked her body mass index (BMI), she found out she is still within the normal weight range.

Because she lost weight, she is now only small in Japanese sizing chart and extra small in American and European. Her son Bimby, she said, can be “exceptionally frank.” This was when the outspoken kid told her she had lost her “booty” and that she needs to work to get it back. JB

Kris Aquino on ABS-CBN: ‘Choose the ones who choose you’

Kris Aquino explains why she can’t be a ‘Kapuso’