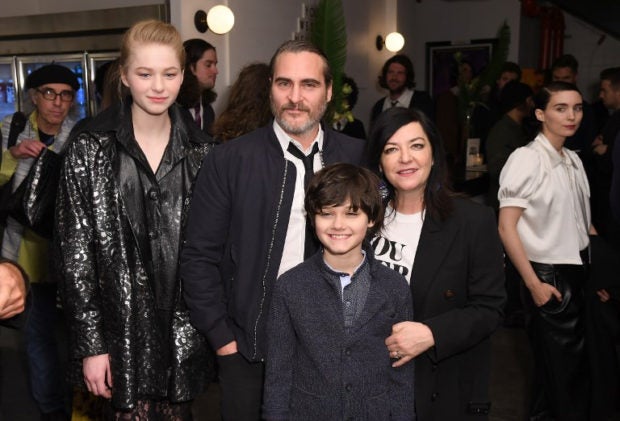 In what could be a twist on its source material, the Joaquin Phoenix “Joker” supervillain origin movie will feature Bruce Wayne — but as a child rather than as Batman.

Joaquin Phoenix will play the title character, expected to take form as Arthur Fleck, a struggling comedian publicly humiliated by some of entertainment’s more established players.

Frances Conroy (“American Horror Story”) and Zazie Beetz (“Deadpool 2”) are to play Fleck’s mother and love interest respectively, with Marc Maron (“Glow”) a talent agent and, in a reversal on his breakthrough role in “King of Comedy,” Robert De Niro as a chat show host.

Just as with the De Niro casting, Dante Pereira-Olson is flipping an earlier role: he played a younger version of Joaquin Phoenix’s lead character in 2017’s violent crime drama “You Were Never Really Here”.

Now, for “Joker,” Pereira-Olson is to play not Arthur Fleck as a child but in fact Bruce Wayne — Batman— in a younger time, according to comicbook.com.

That appears to be a significant change from the award-winning graphic novel “The Killing Joke”, in which Wayne is fully grown and his actions as Batman prove instrumental in creating the Joker.

The twist and its telling helped foment “The Killing Joke” as a groundbreaking (and mature) graphic novel, bringing a new angle to the origin stories of both the Joker but Batman too.

Yet casting a much younger Bruce in “Joker” may suggest that the film’s creatives are planning a twist or two of their own.

Hodge won a clutch of awards for his performance in the stage musical “La Cage aux Folles”, including a Tony and a Laurence Olivier award.

Stints on TV have included regular parts in “The Night Manager” and “Penny Dreadful”, while in 2018 he appeared in thrillers “Red Sparrow” and “Beirut”.

The news comes a month after Brett Cullen of “Person of Interest” and “Narcos” was cast as Thomas Wayne, replacing Alec Baldwin as Bruce’s father, a wealthy Gothamite businessman and philanthropist with political ambitions. KM