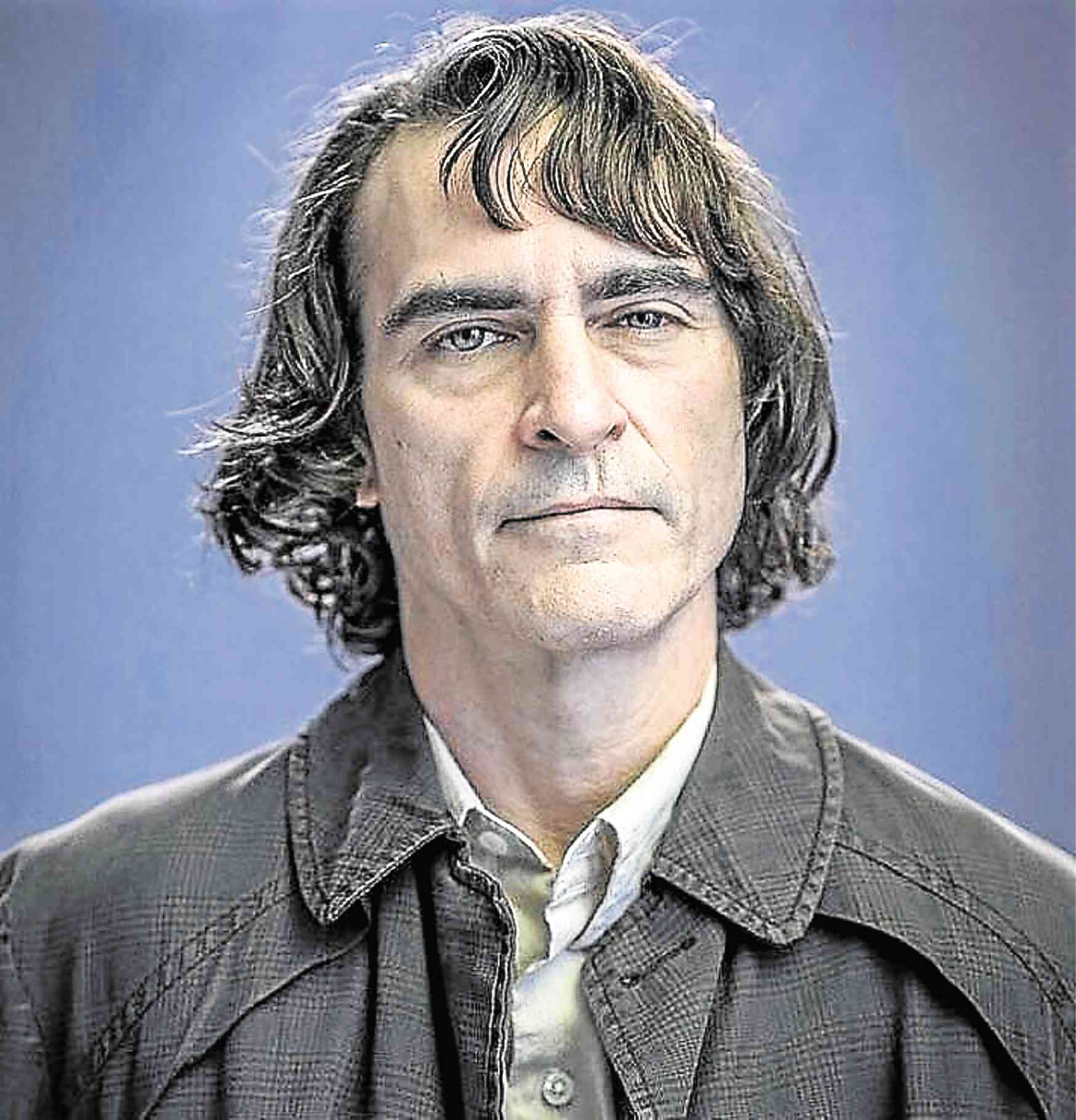 First image of Joaquin Phoenix as the Joker, as posted by director Todd Phillips on his Instagram page.

LOS ANGELES—It was almost a shock to see Joaquin Phoenix looking so thin in our interview during the recent Toronto Film Festival. It was especially surprising because we just saw him—tan and solid in “The Sisters Brothers.”

But here he was seated, emaciated-looking yet sharp, candid and slyly humorous in his answers. Wearing a black shirt, the pony-tailed Joaquin looked even thinner.

With his brooding eyes, Joaquin is just as striking onscreen as he is in person—alternately serious, childlike, shy, awkward and defiant.

One of the finest actors of his generation lost a lot of pounds to play the title role in director Todd Phillips’ “Joker,” a stand-alone film about the crazed Batman villain.

We predict that he will be a terrifying Arthur Fleck/Joker in Todd’s take on how the popular DC Comics bad guy came to be.

Joaquin, who has gained and lost pounds for several previous roles, said it was a challenge to shed tons of weight for “Joker,” which costars Robert De Niro. “Of course, it’s harder, but you do what’s necessary for the character. You’ve been through the process, so you know what to expect.

“But really, because of that, you dread it even more. I remember the first time I lost a lot of weight. As difficult as it was, I didn’t really know what I was doing. It was new.”

Turning 44 next month, he added, “Now that the feeling of hunger is familiar, you dread it.  I actually put on eight pounds before I started to lose weight because I knew that I had to start this diet.

“I spent a month eating whatever I couldn’t, then I started the diet, which is so f**king stupid, but yeah.”

The three-time Oscar nominee shared that he is not a fun person to be with when he’s on a strict diet.

“Yeah, it’s awful,” he said. “I don’t think you realize how everything revolves around food socially.

“So, it’s a pretty solitary existence that you have to have because it’s miserable for other people and for yourself. So, yeah, I totally understand.”

They are the notorious assassin brothers during California’s Gold Rush.

Jake Gyllenhaal and Riz Ahmed also star in this film adaptation of the novel of the same name by Patrick DeWitt.

On working with John, Joaquin said, “When I met him a few months before we began the movie, he came over to my place. With the way that he talked about the movie and the character, I remember that I said, ‘John’s about to do some amazing work.’ I just had a sense that he was committed in a way that I thought would yield great results.

“Working with him was great. He’s hard-working, very detail-oriented. He was the one who would recall moments from the book that were in the movie and how they differed. And what he thought might be interesting to bring back and so it was nice having him, a partner to go through the movie with. 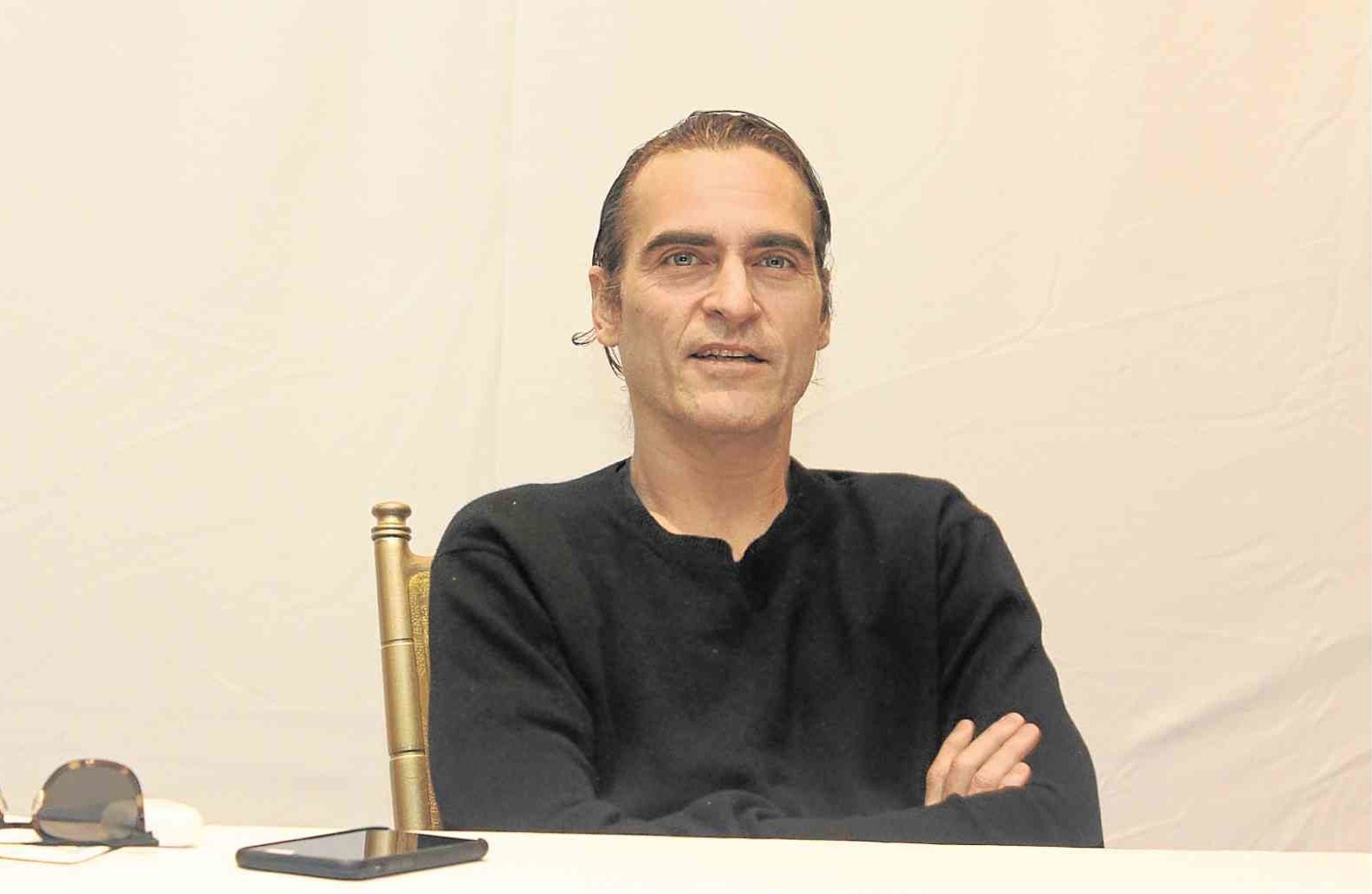 “I felt I was working and sharing in the experience with John so completely that it was enjoyable.”

“I don’t know what I do,” he admitted about his approach to acting. “It’s at its best when you’re not thinking, when you’re not making plans. I try less and less to make any definitive decisions while I’m working. I like to just explore all the different possibilities while we’re actually shooting.”

Asked about his experience riding a horse for this movie, the 2006 Golden Globe best actor winner replied, “The horse doesn’t f**king want to be there. I feel guilty like, honestly, there’s a point where you’re on it and you know that it doesn’t want to be there. So I feel a bit hypocritical, being an animal rights activist and having ridden this horse.”

“Yeah, I did ride a bit when I was a kid,” he confirmed. “And it was the same thing. There’s one horse that I grew close to and, at some point, I was like, he doesn’t want me on his back. So I literally stopped riding and haven’t been riding since then until this movie.”

Since “The Sisters Brothers” was shot in various locations in Spain and Romania, Joaquin was asked if he is the type who loves the great outdoors.

“I like to view the outdoors from the inside of my place,” he riposted. “I traveled a lot when I was younger and did the cliché backpacking thing, which I really enjoyed. I haven’t been camping, but I don’t have an aversion to it.

“When we were out filming in the locations, you would drive from your hotel an hour, then I’d get into wardrobe, take another smaller truck for a half-hour in the mountains.

“I loved it. I was totally at peace. I thought it was beautiful, but I also like being in a city. I don’t really have a preference.”

The actor revealed that he was not a big fan of westerns.  “When I was a kid, there was one channel on TV that we could get with the antenna and all it did was play TV westerns.

“For some reason, the western is a genre I’ve never had a great deal of interest in. I’m sure there are wonderful characters and personalities in westerns.

“I’ve never seen them, but for some reason, I have this idea of the western being restrictive in some ways. There’s a stoicism to all the characters and in their behavior.

“But this film felt like there was the potential for an opportunity to explore a different type of personality.

“That was what made me interested. I never thought of this film as a western, really. When I spoke to Jacques, I said, ‘Look, I don’t like westerns.’ He said, ‘It’s OK. I don’t think I do, either.’ I said, ‘Oh, great, so maybe we’ll do something that feels unique.’”

The former child actor, who began acting in commercials with his siblings,       Rain and the late River, pointed out that acting is it for him. “Much like Charlie (in ‘The Sisters Brothers’), I have an aversion to manual labor. It’s hard not to get sentimental because this industry has provided me with so much. I can’t imagine a life without it.

“Working in film is one of the most fulfilling things that I do. I can’t imagine life without it. I’m always eager to find something new to work on that I might think is interesting. I just got super lucky because I don’t know what I would have done.”

“No, it’s never enough,” he stressed about his appetite for acting. “Are you kidding? I’m f**king running out of time, but I haven’t even gotten close yet. I’m 43.  It’s awful, and I don’t think it’s ever enough.”

E-mail [email protected] him at http://twitter.com/nepalesruben.