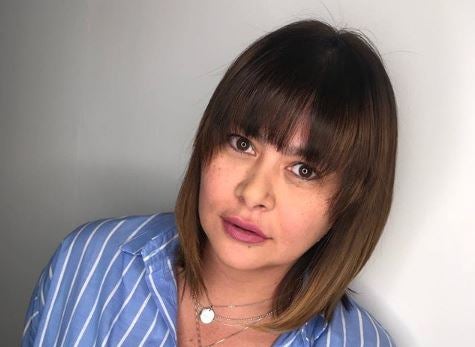 Actress Aiko Melendez led by example when she took to social media recently and shared to her fans that she underwent a drug test. In Melendez’s Instagram post on Saturday, Oct. 20, she showed a picture of her drug test report and said that getting one done is her yearly habit.

“It has always been my yearly habit, to get a drug test,” Melendez stated. “I wanted to set an example to other actors.”

Melendez shared that it is a sad truth that drugs are rampant in the entertainment industry. She, however, is grateful that the government puts great effort when it comes to averting one from drug use.

It’s palpable that there’s truth in Melendez’s remarks, as actors in the past have been open about their struggle with drug addiction and their journey to recovery and healing. Back in July, actor JM de Guzman graduated from the Self Enhancement for Life Foundation (SELF) rehabilitation program in Batangas.

De Guzman shared in January that he cheated his way out of a rehabilitation program before. He apparently tried to do the same thing with SELF, but was unsuccessful since the staff caught onto him. It took de Guzman three years to complete the SELF program, his graduation a monumental milestone for him and his loved ones.

Yet another notable example is actor Baron Geisler, who has done a complete 180-degree turn after his troubled past. Today, Geisler speaks the gospel and educates on drug addiction and mental health in different schools around the country after straightening up and taking rehab seriously.

Geisler found himself overcome with emotions last Oct. 18 after he spoke in a drug symposium organized by the Digos City District Female Jail in Davao del Sur. Geisler was given handmade mementos by the policewomen of the district jail, who he gave a shoutout to for their appreciation.

“I am more than grateful to have shared His story to each and everyone of you,” Geisler wrote then. “Your strength and resilience inspire me to overcome the battles I face everyday. I will be praying for you.” JB

Aiko Melendez to bashers of her relationship with Subic mayor: ‘Eat your hearts out’