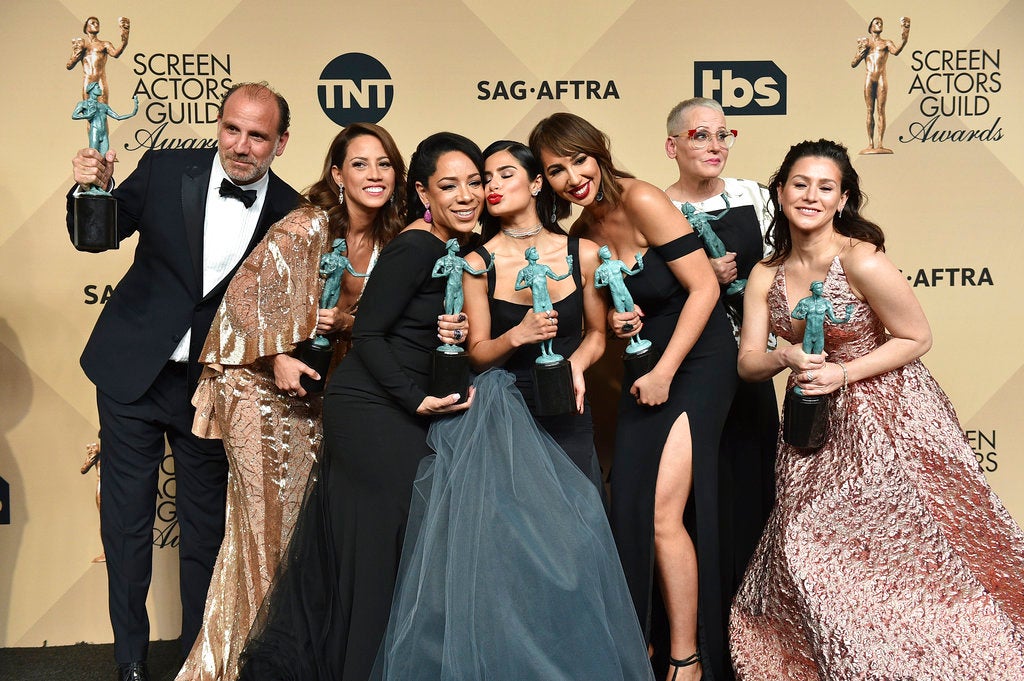 In this Sunday, Jan. 29, 2017 file photo, Nick Sandow, from left, Elizabeth Rodriguez, Selenis Leyva, Diane Guerrero, Jackie Cruz, Lori Petty and Yael Stone pose in the press room with the award for outstanding performance by an ensemble in a comedy series for “Orange Is The New Black” at the 23rd annual Screen Actors Guild Awards at the Shrine Auditorium & Expo Hall in Los Angeles. Image: Jordan Strauss / AP

OS ANGELES (AP) — “Orange Is the New Black” is fading to black after its upcoming seventh season.

Cast members posted a video Wednesday announcing the series’ 2019 end, which was confirmed by a Netflix spokeswoman.

In the video, the actresses thanked fans for their support and promised a fulfilling wrap-up to the comedy-drama set in a women’s prison.

“Orange Is the New Black” was inspired by Piper Kerman’s memoir about her time in federal prison.

The show was nominated twice for top-series Emmy honors, and Uzo Aduba won two acting trophies. The series was an early hit for Netflix when the streaming service began showing original programming.