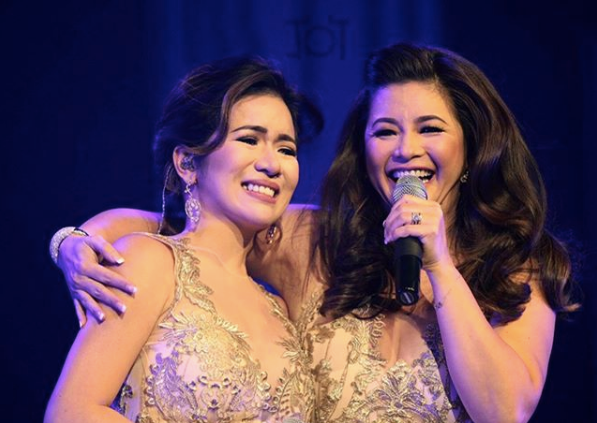 As Regine Velasquez said goodbye to her network of 20 years, GMA-7, some Kapamilya singers expressed their excitement for her appearance in ABS-CBN’s ASAP — one of them being Angeline Quinto.

Previously, it was announced that the Asia’s Songbird is set to appear in the Sunday variety show on Oct. 20 to be held in Sydney, Australia.

Velasquez shared the announcement too via her own Instagram account on Saturday, Oct. 13. This made her fans and followers get even more excited.

Being a diehard fan of the songstress, Quinto showed how much she loves Velasquez by greeting her “reyna” (queen) a good morning. Other stars such as Kim Chiu and KZ Tandigan also showered her with loving comments about her looming transfer.

(It’s better Kiel to see your dreams right in front of you, than to do harm on others. That’s true. I hope you are happy, because I very much am.)

Another commenter going by the handle @syskyani told off Quinto to “be true.”: “If I know all the singers there in channel 2 are annoyed by the transfer of Regine as she will be given the spotlight and it will be taken from neophytes in the industry like you,” s/he said. “Ha ha ha! Don’t be plastic, dear. You might [be] cursing her for all we know.”

Quinto once again defended herself from the nasty comment: “Hindi naman tayo pareho. Magkaiba naman tayo kung ganyan ang ugali mo hindi naman kami ganyan,” she said. Quinto added that it was disrespectful of the netizen to make the comment on Velasquez’s post.

(We are  not the same, we are different. If that is the attitude you show, we are not like that.)

It was on Saturday, Oct. 13, that GMA senior vice president and entertainment group head Lilybeth Rasonable confirmed Velasquez’s departure from the Kapuso network after much speculation. “We understand her decision to join her husband and we wish her well as she pursues other opportunities outside GMA Network,” Rasonable said in a statement. JB