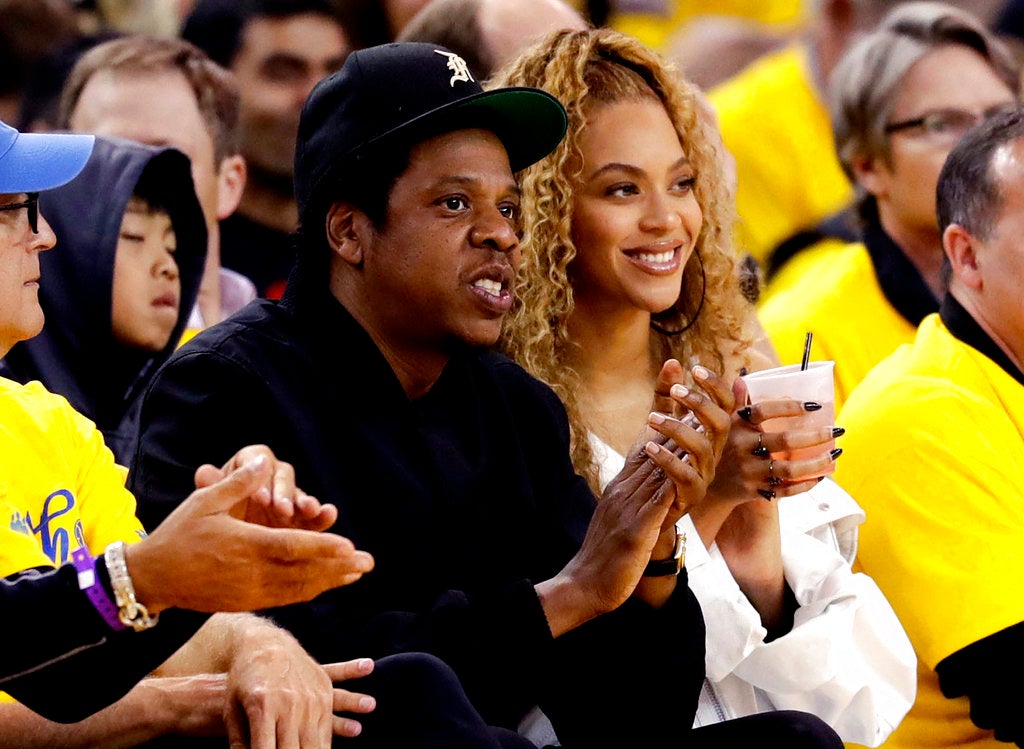 FILE – In this April 28, 2018, file photo, Jay-Z and Beyonce watch Game 1 of an NBA basketball second-round playoff series between the Golden State Warriors and the New Orleans Pelicans in Oakland, Calif. Beyonce paid homage to a high-profile music executive being honored at a charity event to raise money for cancer research. (AP Photo/Marcio Jose Sanchez, File)

SANTA MONICA, California — Beyonce paid homage to a high-profile music executive being honored at a charity event to raise money for cancer research.

The singer’s vocals soared as she performed three ballads including her 2009 smash hit “Halo” and “Ava Maria” after saluting the character of Warner/Chappell Music Publishing CEO Jon Platt at the City of Hope gala near Los Angeles on Thursday night. She took the stage following her husband, Jay Z, who presented Platt with the Spirit of Life award during a charity event that raised more than $6 million (around P325 million).

“Most people lead with their ego, but you lead with your heart,” Beyonce said Platt, who will soon be leaving his position at Warner/Chappell to take on the top role at Sony/ATV, the top publishing company in the music business.
“You have touched so many lives, mine included,” she added.

Jay-Z called Platt the “Obama of the music industry.” The music executive is known for signing publishing deals with Jay-Z, Usher, Kanye West and Snoop Dogg. His roster of songwriters at Warner/Chappell includes Lil Wayne, Bruno Mars and Timbaland.

Both Beyonce and Jay-Z appeared at the black-tie charity event after the couple wrapped up their On The Run II tour about a week ago.

“I can’t think of anyone more deserving of this award than my brother, Jon Platt,” Jay-Z told more than 1,000 attendees. “He’s known as ‘Big Jon’ and he has a beautiful soul.”

City of Hope is a treatment center for cancer, diabetes and other life-threatening diseases as the Music, Film and Entertainment Industry Group has raised more than $118 million (almost P6.4 billion) in 45 years. The award is the group’s highest honor recognizing those that have helped further music, film and entertainment.

Platt shed tears while talking about his friendship with Jay-Z, thanking the rapper for coming into his life.

“As an African-American, I want to say that we’re more than just athletes and music artists. … We’re CEOs,” Platt said.

Mary Mary performed a few of their hits including “Shackles (Praise You)” and “God in Me.” Jazz player Trombone Shorty also provided a musical set.

Haddish introduced cancer survivor, Kommah McDowell, who said she had a 5 percent chance to survive triple-negative inflammatory breast cancer. She told her story of overcoming the disease 13 years ago.

“It’s great that everyone took time out of their crazy schedules to do something good,” singer Bebe Rexha said. “The real happiness doesn’t just come from money or numbers or where you are on the Billboard charts. It’s all about doing stuff like this, helping people. That is what makes people truly happy.” MKH