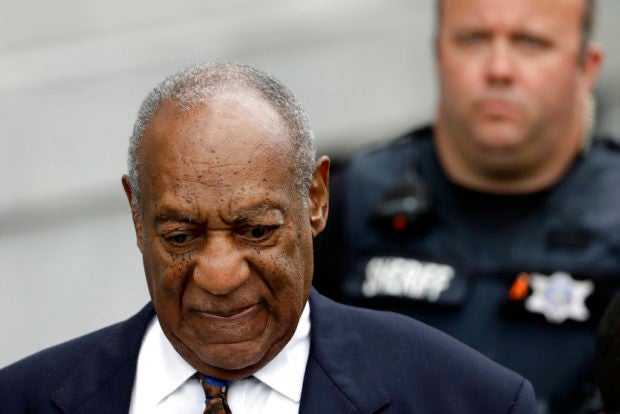 Bill Cosby departs after a sentencing hearing at the Montgomery County Courthouse, Monday, Sept. 24, 2018, in Norristown, Pa. Cosby’s chief accuser on Monday asked for “justice as the court sees fit” as the 81-year-old comedian faced sentencing on sexual assault charges that could make him the first celebrity of the #MeToo era to go to prison. Image: AP Photo/Matt Slocum

PHILADELPHIA — Bill Cosby is switching up his legal team as he looks to appeal his conviction and three- to 10-year sentence in his Pennsylvania sex assault case.

A court filing Friday says the 81-year-old Cosby is replacing the suburban Philadelphia lawyer who handled his sentencing with a pair of criminal defense attorneys.

Joseph Green is exiting after about four months on Cosby’s defense team. The new lawyers are Brian Perry and Kristen Weisenberger of Harrisburg.

Another lawyer, Peter Goldberger, worked with Green on a motion last week challenging the outcome of the case, a first step toward an appeal.

More than a dozen lawyers have come and gone from the case, including Tom Mesereau, who once represented Michael Jackson.