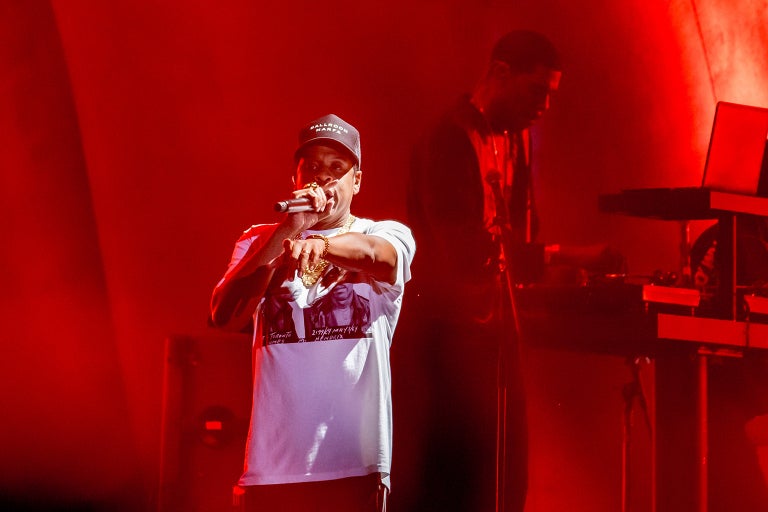 Jay-Z tops Forbes’ annual list of the highest-paid artists in hip-hop, with other top spots going to Diddy and Kendrick Lamar.

Jay-Z’s status at the top of the Forbes list comes thanks to earnings of $76.5 million over the past year, which saw him tour in support of his own album “4:44” and launch a joint album and tour with his wife, Beyoncé.

Next in line is Diddy, who moves to the second spot after having topped the list for there years running. He reportedly pulled in $64 million, largely from his beverage empire.

Kendrick Lamar is in the third spot with $58 million, a career best, according to the publication. In addition to earnings from a solo tour and as headliner of TDE: The Championship Tour, he reportedly profited from deals with Nike and American Express.

Other notable stars on the list include Drake in fourth place, Dr. Dre in sixth and DJ Khaled at 11, while newer faces including Travis Scott (14), Lil Uzi Vert (17) and Logic (19) appear in the top 20. JB

Eminem joins an elite group after earning his ninth no. 1 album