Asia’s Songbird Regine Velasquez turned to social media to address a netizen who claimed that Ogie Alcasid is using her to leverage his career.

The issue stemmed from a throwback photo Alcasid shared on Instagam on Tuesday, which shows him and Regine’s posing with close friends and family on their wedding day.

(Because you don’t have a career at ABS-CBN and you are only a judge at TNT, you dragged your wife at ABS so you’ll be included in all of Regine’s projects.) 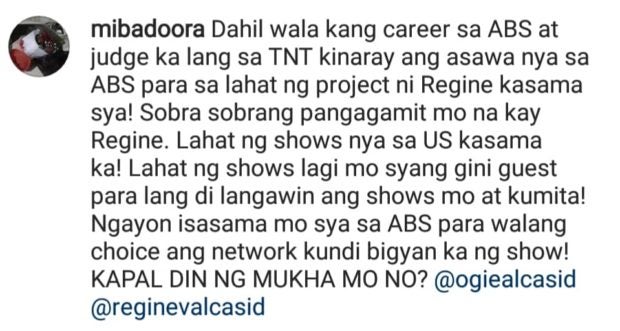 (You’ve been using Regine for a long time. You were with her in all her shows in the US. In all your shows, you include her as guest so the show can earn money)

(My husband is not using me and if ever he is, what do you care about that?)

Alcasid, on the other hand, replied to the netizen with a simple statement: “God bless you.” /ee

Meanwhile, megastar Sharon Cuneta replied to Velasquez with a lengthy commen: “They can talk all they want pero hindi kayo mabubuwag!” 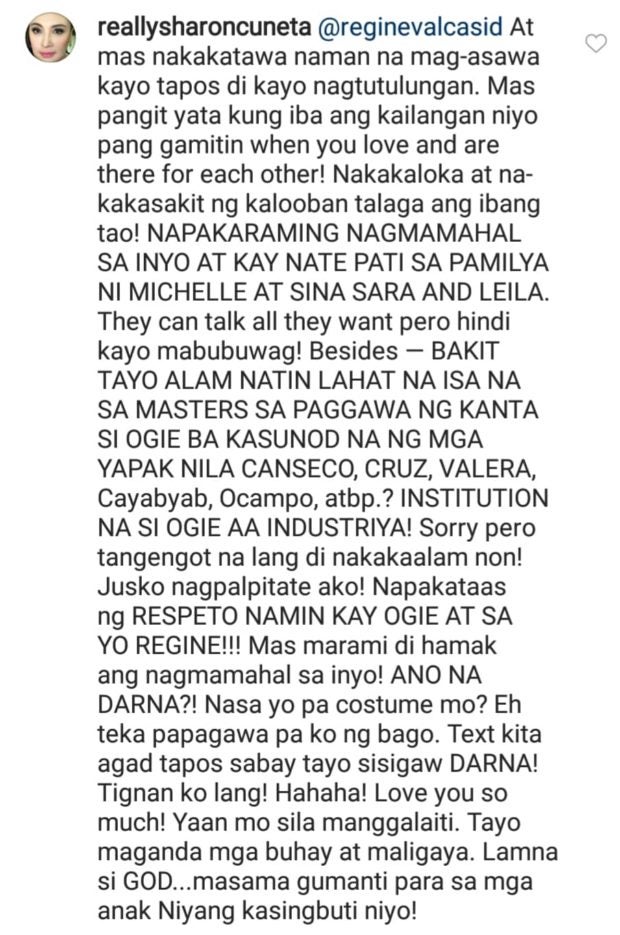 “Napakataas ng RESPETO NAMIN KAY OGIE AT SA YO REGINE!!! Mas marami di hamak ang nagmamahal sa inyo (We have high respects for you and Ogie. There are more people who love you both)!” Cuneta added.

In 2010, Alcasid and Velasquez tied the knot in Nasugbu, Batangas. /ee