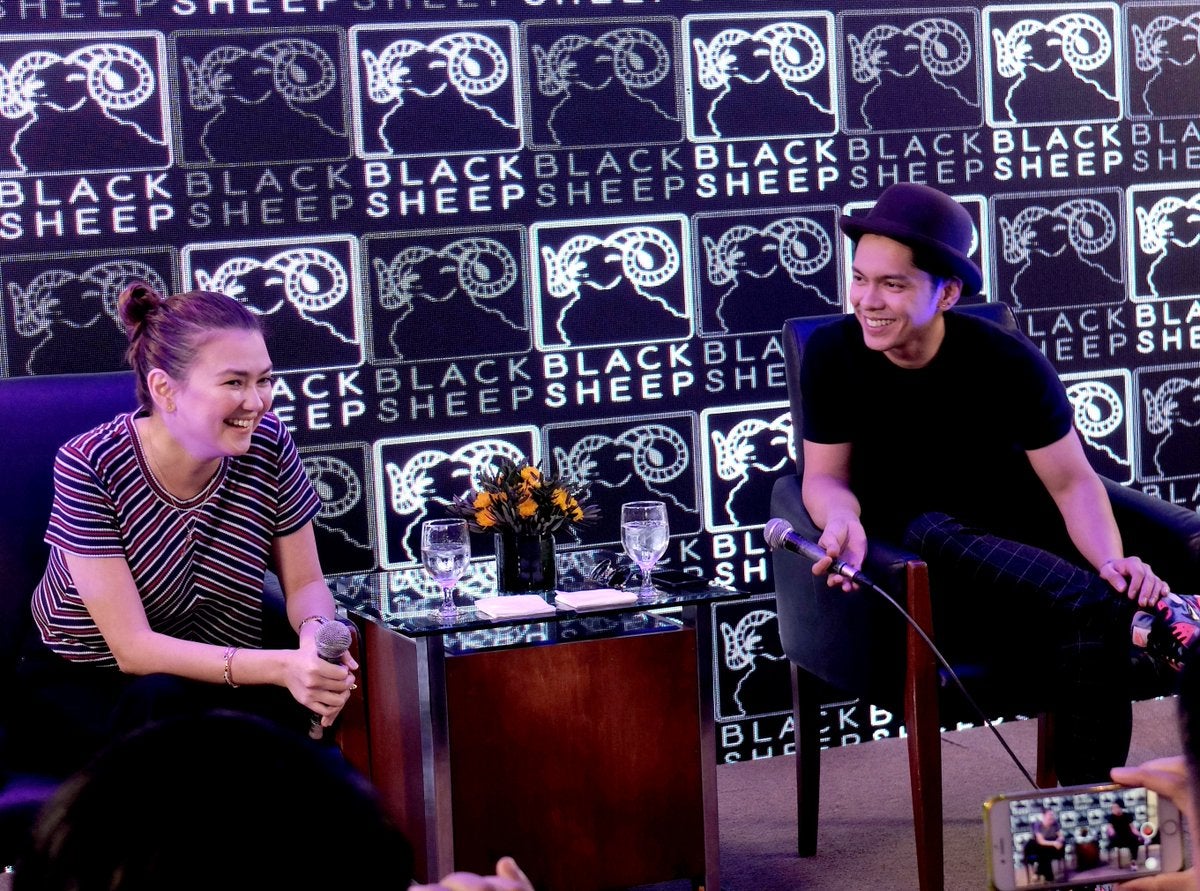 Angelica Panganiban and Carlo Aquino playfully set boundaries on what kind of romantic scenes they can do with other actors after CarGel’s successful reunion in “Exes Baggage.”

The two celebrities were asked to give their opinions on whether restrictions had to be laid out now that the CarGel love team is at its peak thanks to the success of their new movie. They were interviewed during the “Exes Baggage” thanksgiving party, which was livestreamed on the Black Sheep Facebook page on Oct. 9.

(Maybe now we should agree on the next step for our career. So you know, we have to take care of this team-up.)

(You know, you can’t do love scenes with anyone else. You can’t. It’s forbidden.)

(Oooh that Zanjoe, really. He’s this close to hitting the limit.)

Zanjoe Marudo and Panganiban currently stars in the TV series “Playhouse” as a modern-day couple whose married life will be tested in various and unexpected ways.

As for CarGel, the love team celebrated “Exes Baggage’s” achievement of earning P270 million worldwide in the two weeks that the film was shown in cinemas. The movie was directed by Dan Villegas under the production company Black Sheep.

One of the lauded sequences in the movie was the couch scene wherein Panganiban and Aquino had a romantic moment. The actress said the scene did not feel awkward for either of them. Instead the reason why the scene took a few takes to finish was because they were having too much fun with it. In contrast, Panganiban said Aquino had more awkward moments in scenes prior to the couch take.  /ra