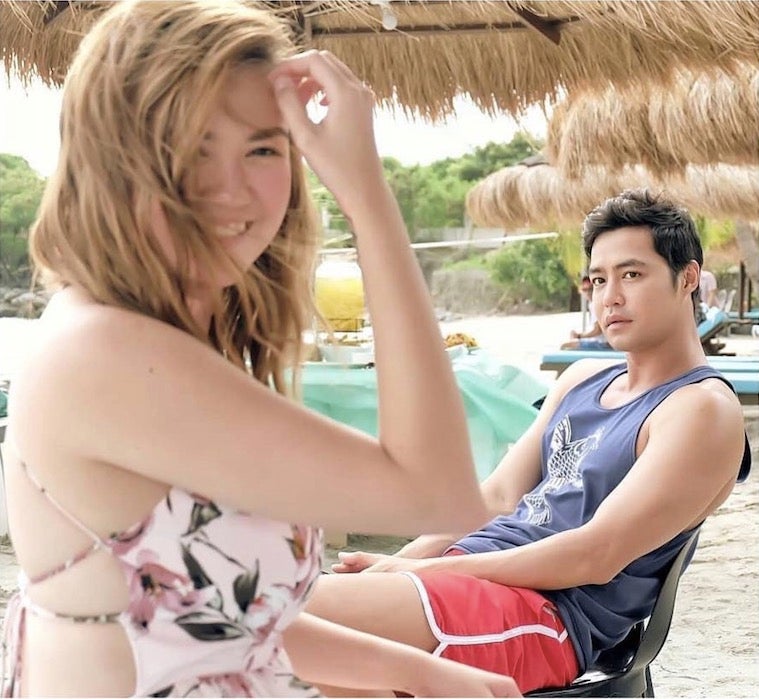 Angelica Panganiban and Zanjoe Marudo teased their upcoming TV show “Playhouse” by sharing snapshots of them in bed together.

The two actors updated their respective Instagram accounts with overhead snapshots of themselves appearing to be laughing together in bed. 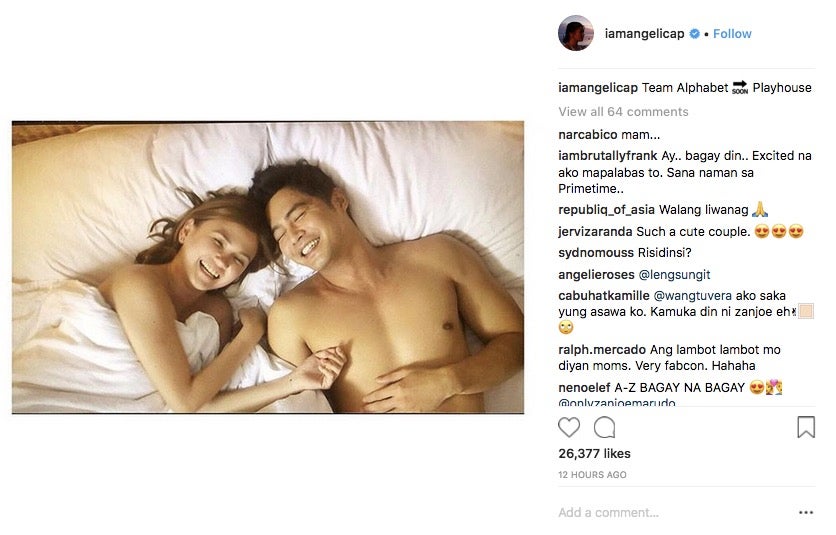 Panganiban updated her account on Aug. 10, while Marudo updated his on Aug. 9 with several shots stitched together like a film reel. 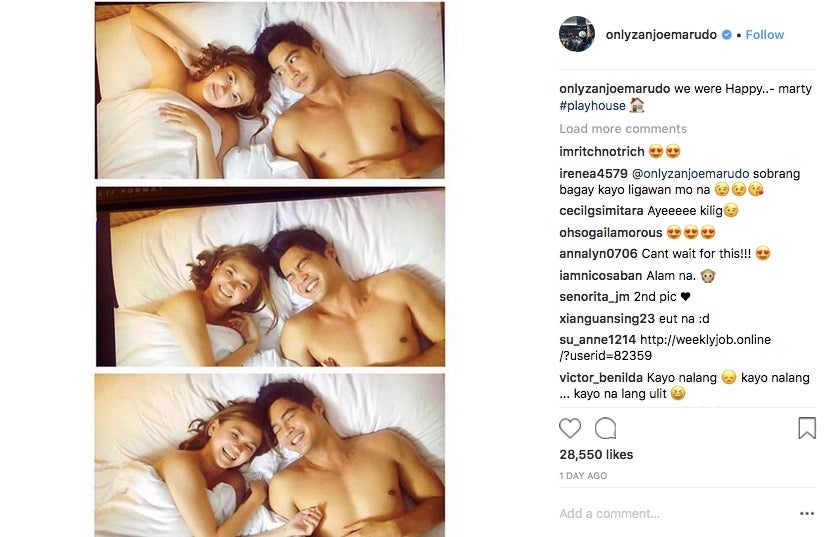 While some of Panganiban’s fans rooted for the CarGel love team, others did not mind the Panganiban-Marudo combination. Panganiban previously revealed in an Instagram Stories update that Marudo was sweet toward her. However, the actress noted that no one made her feel kilig at the moment.

Announced in December 2017, “Playhouse” also stars Kisses Delavin, Donny, Pangilinan, Maxene Magalona and Smokey Manaloto. An exact release date has not been announced, but fans of the actors may expect the series to premiere some time this year.